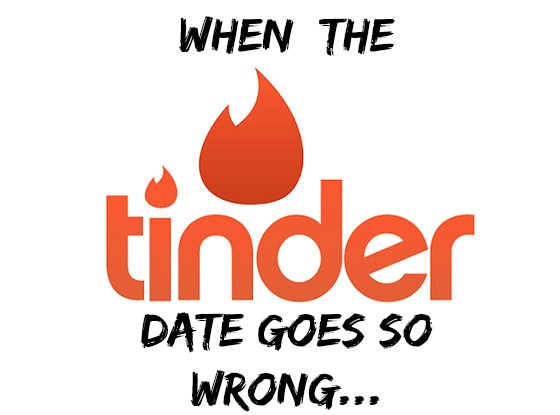 “Harsh,” says the man as he storms out of the restaurant. “That woman back there is harsh!”

When She comes in, we were all surprised to see her. It’s been quite some time since we last saw her sashaying into the restaurant and we all recognize her immediately. She is the neighborhood serial dater who uses our restaurant as a meeting place for her blind dates that she meets on various dating apps. I suppose it’s close to her apartment and it’s a safe and comfortable environment for her. Judging by how often she is here on a date, most of her relationships don’t last for very long, but since we hadn’t seen her for a few months maybe something had stuck for a while.

“Oh, she’s back,” I say to the bartender. “I guess she had a boyfriend for while.”

She joins a man I had seated on the patio about ten minutes earlier. He told me he was waiting for a friend and ordered a Negroni. When she sits down, I know for sure this is yet another of her endless meetings in search of true and lasting love. They shake hands as I ponder how little effort she seems to have put into her appearance for this first date. It seems as if she forgot that it was happening and left her place in a hurry; her hair is a mess and the bra straps with the halter top is not a good look. And flip-flops? Really?

She looks at his drink. “That looks refreshing, what is that?”

“Hmm, it might be too bitter for me. Let me taste it.” And with that, she reaches across the table to pick up the drink of this man she has known for all of ninety seconds and takes a sip of it.

“Ewww, no. What else do you have?” she asks me, ignoring the menu in her hand that would answer her very question.

“Will the sugar keep me up all night? I need sleep. And I don’t want to get drunk tonight.”

This is the point when her date has his evening spelled out in front of him not two minutes into their time together.

She decides on the Blueberry Lemonade buts asks me to keep it very light on the vodka which I know will result in a very sour drink. Sure enough, two minutes after I place it in front of her, she asks me to add Sprite because it’s so lemony. I suppose she is no longer worried about sugar keeping her up at night since she is now alright with sugary Sprite. I can see her date fidgeting with discomfort every time she speaks. They don’t want any food for now, but I keep my eyes on them to make sure they don’t change their minds. As I am watching the patio, I see her get up and move to another table for no apparent reason. Her date reluctantly follows her and I see the tiniest of eye rolls from him.

“Strike two,” I say to myself.

About twenty minutes later, as I am standing at the bar, the man zooms past me.

“Harsh!” I hear him say. “That woman back there is harsh!”

He bolts out the door and practically runs away. The Dateless Wonder is left sitting alone at Table 24. My nosy ass is there within twenty seconds to see if she needs anything when I really just want to know what the hell went down.

“Can I get you anything right now?” I ask sweetly with barely a trace of nosiness showing.

“Well, we had an argument, but he was kind enough to leave this,” she tells me as she hands me a twenty-dollar bill. “I hope that’s enough to cover our drinks.”

“It’s totally fine,” I say, knowing that the bill is $19.60 and I’ll just be getting a forty cent tip. “I only carried two drinks to your table, do not worry about it. I’m sorry the date didn’t work out.”

“Well, I shouldn’t have started talking politics on the first date.”

“Oh, so that was strike three,” I think.

“I wasn’t attracted to him as soon as I sat down so no harm, no foul. But he should have done his research.”

This makes me wonder what her Tinder profile says. Is she is a right wing conservative or a bitter Bernie Sanders supporter or some other political off-shoot that this man skipped reading about?

I assure her it is not necessary. “Take care and I’ll see you whenever.”

I am disappointed that I won’t be at work tomorrow to see how the next date goes. Will she get to eat? Will she meet the man of her dreams? Will she annoy the fuck out of someone else? Only time will tell.

Edit: the next night, the bartender texted to tell me that her new date seemed to be going much better than the night before and that she brought me a five-dollar tip.