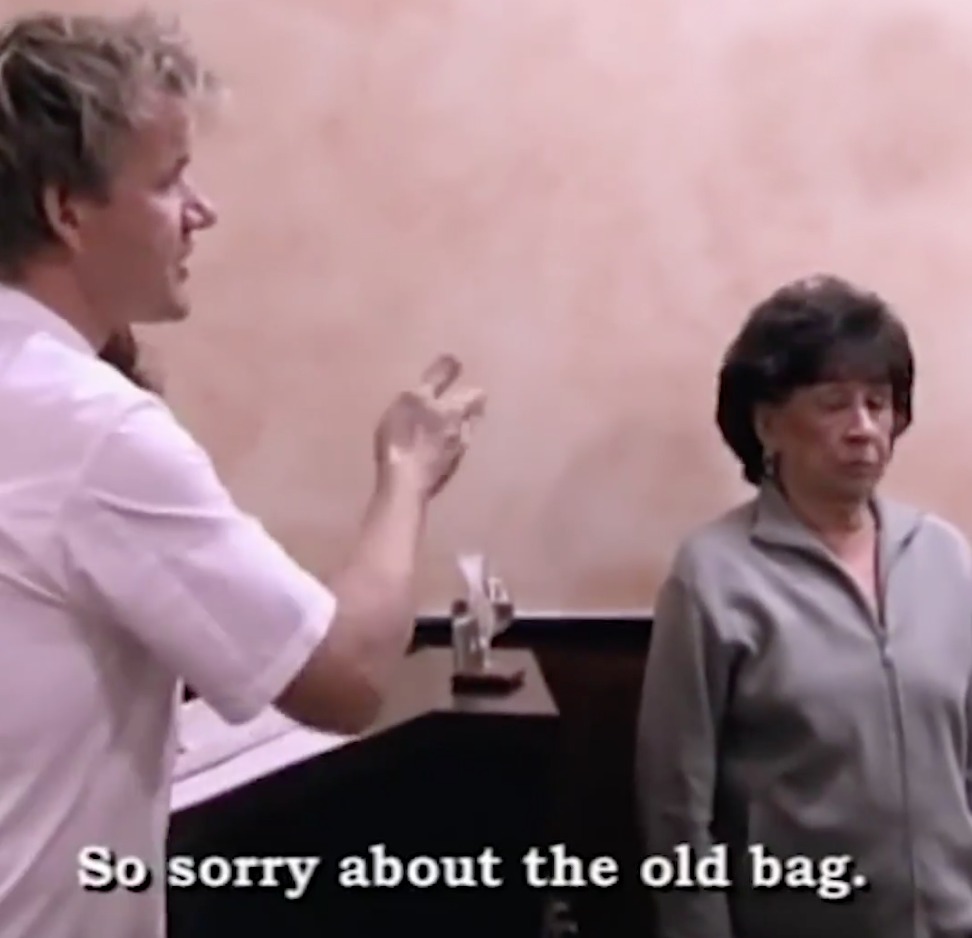 Everyone in the restaurant industry knows who Gordon Ramsay is. He’s a chef and because his restaurants have like 16 Michelin stars, he can basically say whatever he wants to say to anyone because he’s got the credentials to back it up. We’ve seen him verbally assault chefs, cooks, and employees on his shows Kitchen Nightmares, Hell’s Kitchen and The F Word, but this video that has surfaced of him taking down a customer is my absolute favorite of all.

This is my cue to make a shrine to Gordon Ramsey and light a candle for him each and every day. The shrine will live happily next to the pre-existing shrines I have for tequila, Mindy Cohn and The Brady Bunch.

Behold the wonder of King Gordon Ramsay as he confronts a customer who thinks the food is terrible when he knows it isn’t. And yes, he calls her an “old bag” right to her old bag face.

4 thoughts on “Did Gordon Ramsay Really Call This Woman an Old Bag? (He Did)”