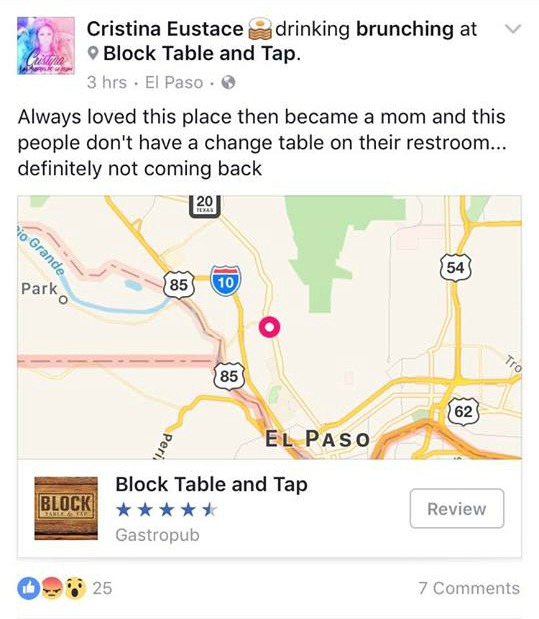 Once upon a time, a woman named Cristina went drinking and brunching at a restaurant called Block Table and Tap in El Paso, Texas. Cristina had always loved this place and she was very excited to go again even though she had not been there since she had a baby. After all, who doesn’t enjoy taking their baby to a place known for their hand-crafted cocktails and craft beers on tap? Not long after she had settled in for some drinking, her baby took a big nasty dump as babies are wont to do. Well, this is when Cristina realized that Block Table and Tap does not having changing tables in their restrooms. Undeterred, she attempted to change the poopy diaper in the restaurant. This is when an employee politely told her that such actions were not permitted. After all, think of the other people there who are enjoying a hand-crafted cocktail or a craft beer and do not want the odor of baby poop wafting into their nostrils and essentially ruining a very nice brunch. Unhappy, Cristina had to figure out something else to do.

While I agree that it would very convenient for every restaurant to have a changing table in the restroom, it is not required by law. Perhaps some restaurants do not have the space for a changing table or maybe they just don’t want one because that would give the impression that babies are welcome in that establishment. We can never know for certain why someplace chooses to not have one. All we can know for sure is that they don’t.

Cristina wanted to make sure that the restaurant knew how unhappy she was with the situation, so she wracked her brain trying to come up with an appropriate response. Of course leaving a bad review on Facebook was the obvious choice and something she did immediately, probably before even taking her baby out of the feces rag wrapped around its waist.

“But what else can I do?” wondered Cristina. “How can I really prove my point?”

Suddenly, a light bulb went off above her head. Well it wasn’t really a light bulb. It was one of those Glade air fresheners that have a night light on it that she bought at the Dollar Tree over on Stanton Street right across the street from JC Penny.

She knew what she was going to do. After she changed her baby in the car, she took that dirty diaper and dropped it into the parking lot for someone else to find. 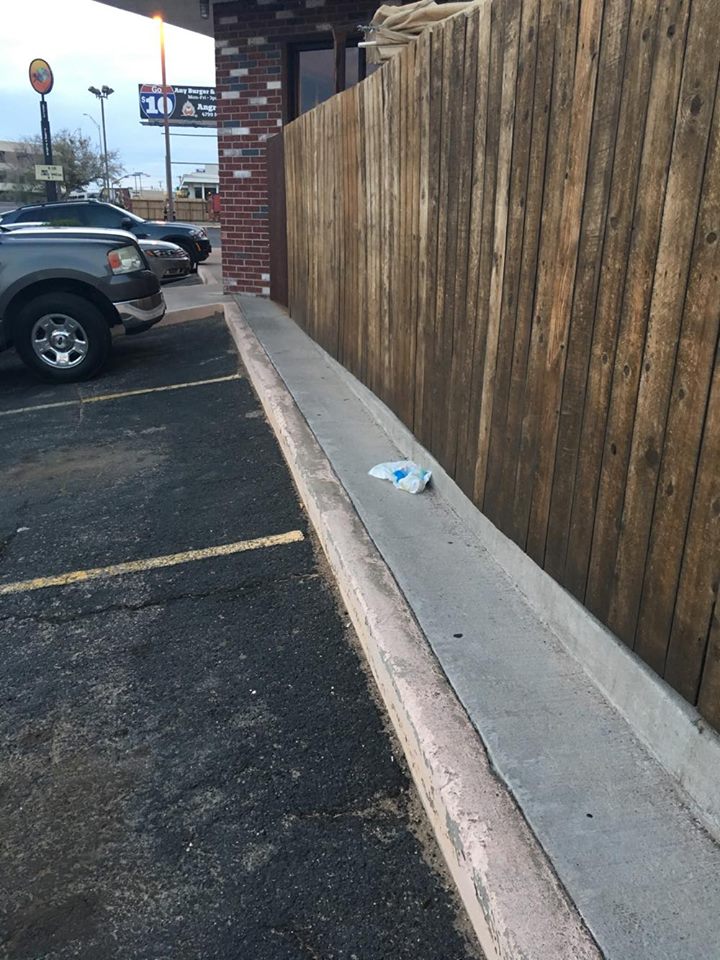 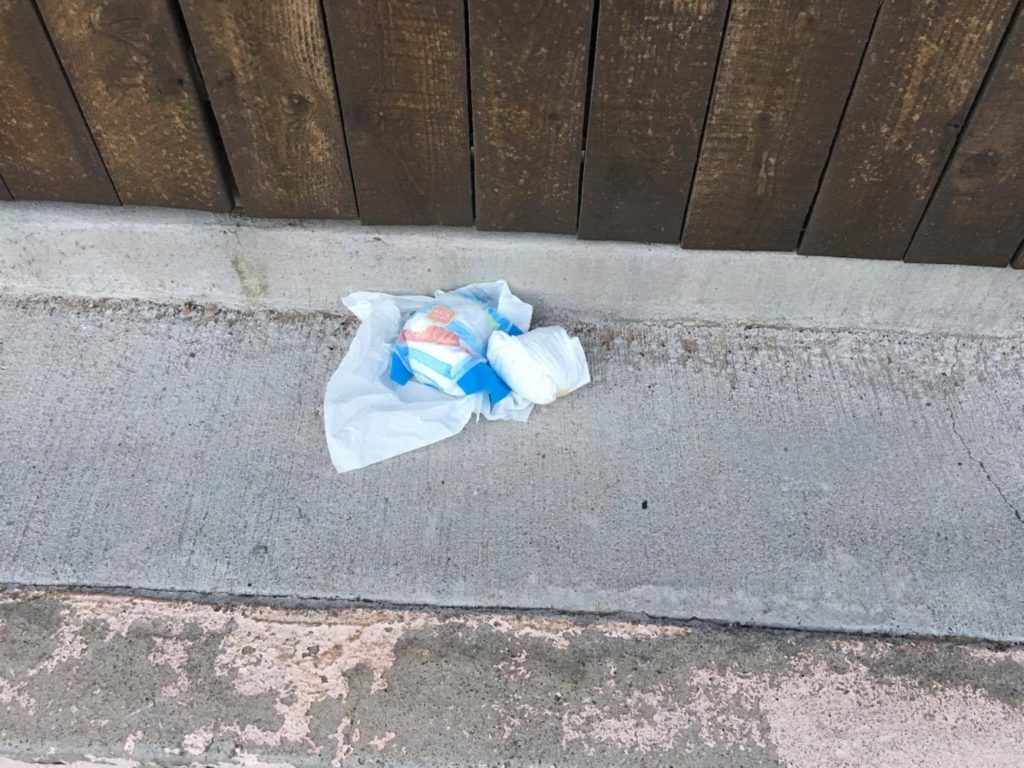 “That’ll teach ‘em,” she said out loud. “I’ll show them who is master of the dirty diapers!!” A man walking into the restaurant heard her talking to herself and completely ignored her assuming she was just another crazy lady wandering the streets of El Paso.

As Cristina drove away, leaving a disgusting diaper full of crap to roast in the mid-day El Paso sun, she felt proud of herself. She knew that she had done the right thing and that her actions would surely convince the restaurant owners to install a changing table in the restroom. Her baby looked at his mother and shook his head with disgust. Even he knew that leaving a diaper in the parking lot does nothing except prove what a nasty disgusting person you are. He was ashamed of his mother and looked forward to his next bowel movement. He hoped it would be the nastiest one he had ever produced so that maybe, just maybe, his mother would realize that the only person who should have to deal with his shit is her and not some restaurant worker who gets paid minimum wage.

20 thoughts on “This Is Not Where Dirty Diapers Go, Cristina”