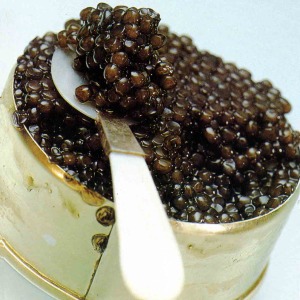 Today is the first day of the rest of your life. It is also the first day of a series of guest posts as I am on vacation in the Mile High City. I hope that as you read these guest posts, you can take some time to go visit their website or comment so they know that you enjoyed it. Thank you to all who submitted. Today’s post comes from a girl I only know as “N.” Her hometown is Denver, Colorado so it only seemed natural to let her kick off the week.  -BW

My husband had just graduated from art school as an animator and we decided if we had any chance of getting ourselves out of poverty, we needed to move to Los Angeles where he had a much better chance of finding a job within his degree. After receiving a BA in English Literature, I had been utilizing my degree in the restaurant industry for over 10 years and had made my way though some of the best restaurants in Denver. So when we decided to make our way out west, I had no concerns that I might have a difficult time finding a job. He found work within a week but I was not to find any decent work for over a year. The finer dining establishments didn’t know or care that I had worked for some of the best chefs in the city. Denver may as well have been Mobile, Alabama.

Near the end of that first year, I made a desperate decision and responded to an ad for a high end Russian restaurant in Studio City. Sure, making the trek “over the hill” from glitzy Hollywood to the valley was like getting out of the Roosevelt Hotel rooftop pool into the middle of the Mojave desert, but I immediately emailed my resume and was hired with just a single interview. My time had finally come!

I arrived for my first day of training with such optimism, sure they would make me head waiter within a few hours. The owner had spent a rumored $4 million redecorating the restaurant and it was gorgeous, huge crystal chandeliers, round tables with brand new leather booths and a stage where they were to have live music nightly. The menu was pricey with imported caviar and over 50 different brands of vodka. Training was going well and we were ready for “friends and family” night where we would practice service before opening to the public. The owner (who was Albanian) assured us that his European friends had massive amounts of cash and would throw money at us like Kyle MacLachlan getting a lap dance from Elizabeth Berkley (ok, he didn’t say that exactly, but it was the basic sentiment). I couldn’t wait to return home with my pockets overflowing with cold, hard cash.

My first indication that things were not as rosy as I thought came just moments before we were to unlock the doors and were told the chef walked out along with half the staff. The owner pulled the dishwasher onto the line and he and a few other inexperienced cooks tried to prepare a feast for over a hundred people.

Ferraris and Bentleys began parking out front and guests filed into the restaurant. The women wore outfits that cost thousands of dollars. Yes, these people had lots of cash, although I began to wonder where this money was coming from. More than once I heard whispers among the staff of “Russian Mob.” Surprisingly, the kitchen got the food out and the rest of the evening went smoothly. Service was over and the guests started to leave. We couldn’t wait to see the piles of tip money waiting for us on the table, after all, “friends and family” night is a free event for the guests so they must have been especially generous. The servers gathered the cash together and we began counting. It didn’t take long. After splitting the tips among the servers, bussers, bar and food runners, I slunk home with $36. That meant that many of the guests left not a single dollar. A horrible realization hit me that if these people were this cheap when they didn’t have to pay for anything, what would they be like when they had to pay $150 for an ounce of caviar? The thought was haunting. Still, I thought I’d wait and see what would happen.

And what did happen? Nothing. No one came. There were nights when we had a single table. My paychecks started bouncing so the owner began paying me in cash at the end of the week. Still, I stuck it out. Then, the owner decided to turn the place into a Russian buffet and before I knew it, I was the only English-speaking person on staff.

It was around this time that the owner decided to run for public office. Money that should have gone toward the restaurant was spent on his campaign. We had a big staff meeting and were informed that on election day, everyone was expected to show up to the restaurant where he would load us onto buses to the polling place. We were allowed to vote in Studio City as long as we were employed within city limits so he used this rule to tilt the election in his favor. He told us we could “vote for whomever we wanted” but he and his entourage kept watch near the voting booths and since I didn’t want goons putting cement shoes on my feet, I voted for him. He won, of course. Yay, America. But apparently, the incumbent decided to challenge the win.

Finally, I decided to quit. Apparently, a rigged election is where I draw the line for what is unbearable at my job.

A few months later, I landed a job at one of the top restaurants in Los Angeles and put the entire horror show behind me. In January, I got my W-2 and was shocked to see they claimed I had only worked 25 hours and made a whopping $40. Total. For three months. Still, to this day, the sound of an Eastern European accent sends a shiver down my spine. Especially if I am at a polling place.