Home
/
Uncategorized
/
Are These Restaurant Employees Calling For the Murder of Donald Trump ?

Anyone who has worked in a restaurant knows what the term “86” means. (Well, almost anyone, but we’ll get to that later.) To “86” an item means that you will no longer serve it or something is no longer available. It can also mean to get rid of something.

We all get that, right? Of course we do, but not everyone is as smart as we are. A Mexican restaurant in Rhode Island called Amigos Taqueria y Tequila is learning that not everyone is as smart as we servers. On election night in November, their staff wore shirts that said “86 45” to show their displeasure with the our 45th president, Donald Trump. My assumption is that they were simply expressing their desire to be rid of him in the same way we will 86 a container of old, soggy carrots that are way past their expiration date and, while still orange, not at all appetizing or appealing. Wearing a t-shirt with a political statement is a bold choice, but certainly one that is covered in our First Amendment rights. No big deal, right?

Rhode Island State Senator Elaine Morgan (R.) didn’t like the t-shirts and said that when using the term “86” about a person, it doesn’t mean the same thing. “For a person it means murder… to 86 somebody means murder,” she said.

No, Elaine, it doesn’t. The people who wore that t-shirt were not crying out for the assassination of a president. It simply means that the owner of the restaurant, Wendy Carr, wants Donald Trump out of office or impeached. Big difference. Because of Elaine’s statement on her Facebook page, the restaurant has been bombarded with bad Yelp and Facebook reviews. Elaine has also called for a boycott of the restaurant because I guess anyone who exercises their right of free speech deserves to have their business crushed by people with small minds who can’t agree to disagree. Some people like Donald Trump. Some people don’t. Deal with it.

The senator claims to have worked in a restaurant and says she never heard that term before.

Umm, Elaine, were you a fucking hostess for like one day before you quit? Because that is literally the only way you could have worked in the restaurant industry and never heard that phrase. Why don’t you 86 the fear-mongering and let this business live their life? If you don’t like the t-shirts they wore for ONE DAY, then don’t go there to eat. The next time you want a burrito, just drive over to 7-11 and get one that you pop in the microwave and leave Amigos Taqueria y Tequila out of it. There is no way in hell the t-shirts were calling for a murder. Get the fuck over it, Elaine.

What about you guys? Do you think the t-shirts were calling for the murder of Donald Trump or were they just expressing their dislike for Donald Trump? 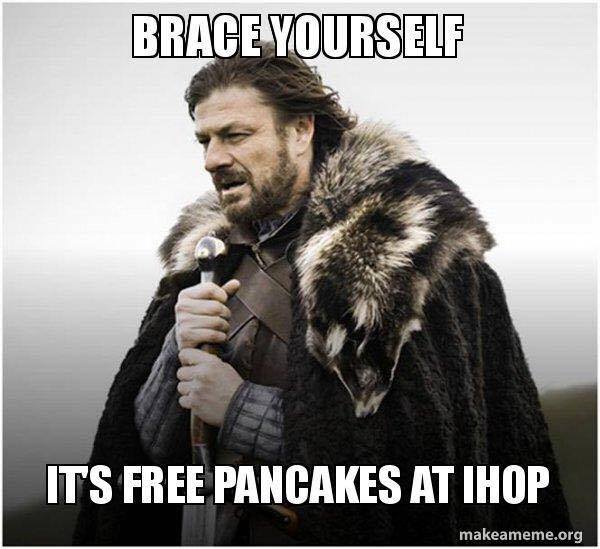