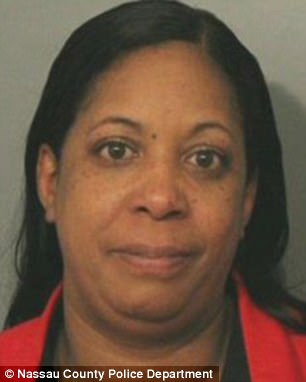 Way back in May of this year, I wrote a story about a waitress at an IHOP on Long Island who was arrested for pulling a knife on some customers who had kids with special needs. Most of us could totally get where Rhonda Kelly was coming from because not a day goes by that I don’t daydream about shanking at least one or two of the garbage humans who sit in my section. (I’m looking at you, Lady at Booth 16 who asked for your salmon to be well done and then sent it back because it was too dry and then left no tip because the food was “inedible” even though you fucking ate all of the recook and didn’t leave a tip…) You can read the original story about Rhonda here, but it has since come out that the family she “pulled the knife” on were total low-class losers who were insulting, rude, and demanding. And the children may just be more “assholes” than “special needs.” I actually found on Facebook the mother of these kids and she frequently uses the “n” word while posting status after status about how she was victimized by some situation and is always asking for help. In other words, she sounds like a needy, desperate scam artist. I say hats off to Rhonda for only pulling the knife and not actually using it.

A frequent reader and one time contributor to this very blog recently went to IHOP and had Rhonda as her server. When Stefanie realized who was waiting on her, she immediately remembered the blog post about Rhonda. It turns out that the manager of the IHOP had relayed the real story about that incident to Stefanie’s sister and Stefanie shared it with me. She wrote me, “We had her as a server today. She is, by far and away, the nicest woman I have ever seen working in an IHOP. She was an excellent server and just a nice woman who honestly I think really enjoys her job and is a real people person.” A people person who enjoys her job? I don’t relate. The family had unruly kids, and they are NOT special needs. They bitched and moaned about everything, the kids made a huge mess, and Rhonda apparently offered to comp something, but it wasn’t enough. They started getting belligerent. The manager asked them to leave. As they left, one of the parents picked up their full glass of orange juice and poured it all over the table and said something nasty.”

Anyhoo, Stefanie thought she would do something nice for Rhonda seeing how she was so inaccurately represented in various news articles so she started a Go Fund Me Account to give Rhonda an extra big tip for Christmas.

So, if you feel like contributing just one or two dollars to someone who literally go the shaft this year, you can click here and do so. I did. Merry Christmas, Rhonda, from me and all of your fellow servers out here. 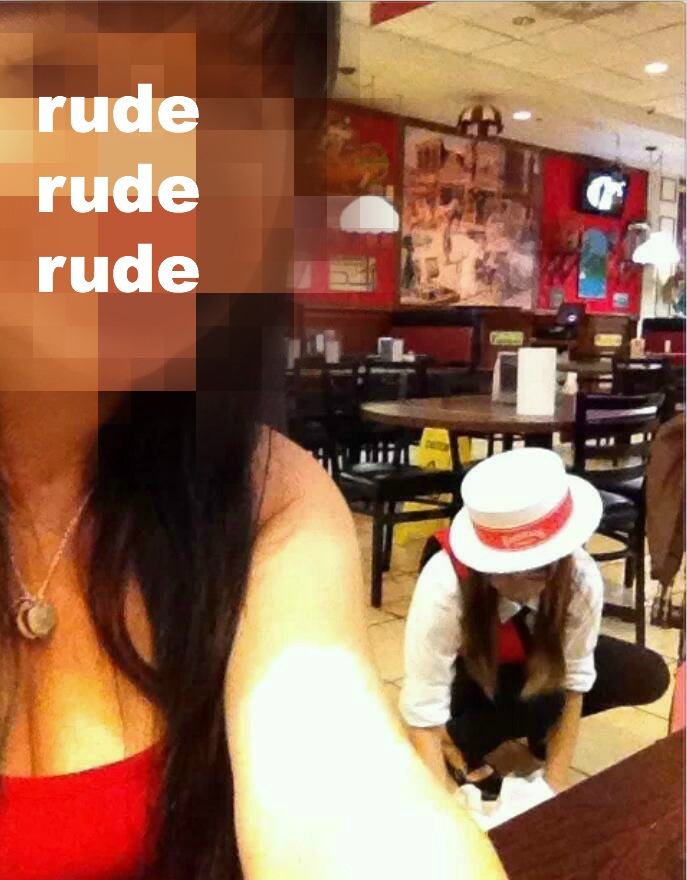