Let me start off by saying I don’t hate vegans. In order to hate something, you have to care about that something and I don’t give a shit about vegans so therefore it is impossible for me to hate them. We all make choices in our lives. Vegans have decided to not eat any animal by-products and I have decided to count Velveeta cheese as a food group.

That being said, someone sent me a photo that was shared on a popular Instagram account called veganmemesofficial. The image left a funny taste in mouth and it didn’t taste like chicken. It tasted more like some tofurkey bullshit covered in lentils and sprinkled with kale that had been soaked in soy milk for five days. 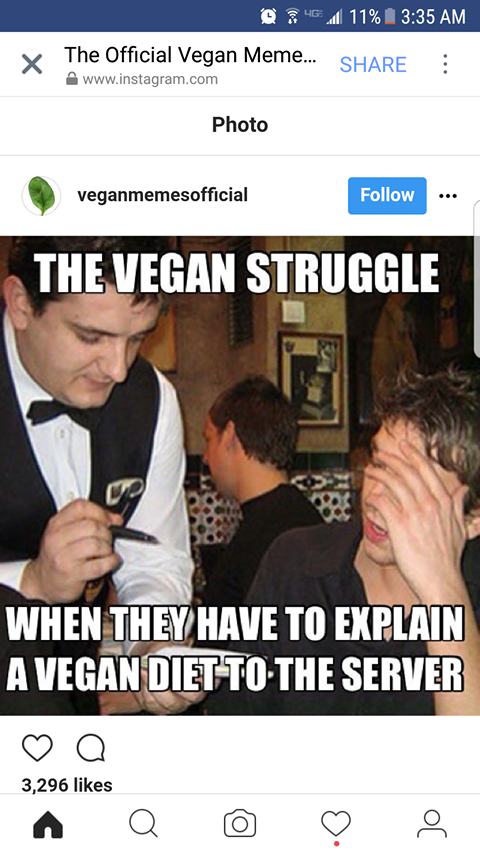 Look, vegans, I’m sorry you feel it’s a “struggle” to explain your diet to a server, but that’s the life you chose. You made your bed, now lie in it and cover yourself up with a blanket made of organic hemp and rest your head on a pillow of nut butter and deal with it. It’s not my job as server to study up on the ins and outs of every diet known to mankind. My job is to take your order based on what you have chosen after looking at the menu of the food we offer. Don’t waltz into my section and announce to the world that you’re vegan and then ask me what you can have. (And by the way, I can pretty much guarantee that all of your friends are sick of hearing you tell servers that you are vegan.) The same thing goes for anyone on the South Beach Diet, Atkins, Paleo or Weight Watchers, because I don’t know how many fucking points you’re gonna use up by ordering the fried calamari and the baked potato soup, but my guess is all of them. Stop acting like it’s the restaurant’s responsibility to deal with your food limitations. It’s 2017 and there is this thing called the Internet. Google your ass a restaurant that will cater to your needs and at the very least, look at the menu before you get there so you’re not shocked when the only thing for you at Outback is an iceberg salad with oil and vinegar.

When I went to The Official Vegan Meme Instagram page, I came across another image that crawled right up my ass and made itself at home: 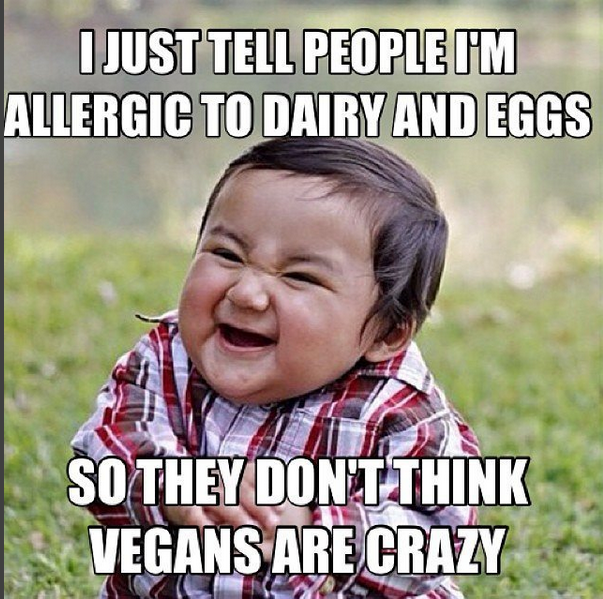 No. Just no, no, no! If you lie to your server and say you’re allergic to something just because you don’t want to eat it, you’re as nasty as a kale smoothie. You might think it makes you look less crazy, but what it really does is make you look like a piece of shit. And I know that vegans are obsessed with shit because they always want to talk about how great their most recent stool was. Every time you lie about being allergic to something, it belittles the situation for someone who is actually allergic to something. If every vegan lies about about being allergic to dairy, how do you think that makes someone feel who is deathly allergic to peanuts? You make it sound like it’s life threatening when all it is you trying to make yourself look better.

And here is one more meme from their page that is about as lame as vegan lasagna: 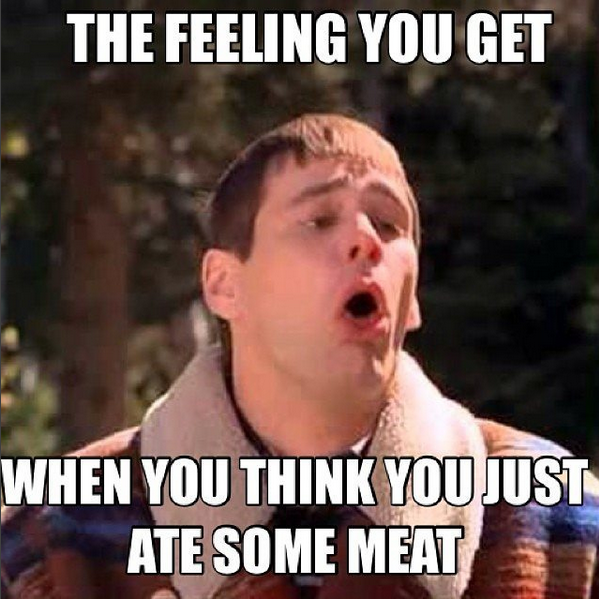 This is why vegans have such an awful reputation. If you are so inclined, swing over to veganmemesofficial and check out the ridiculousness. Tell them I said hello and to choke on a vegan dick. And by the way, I corrected that last meme for them: 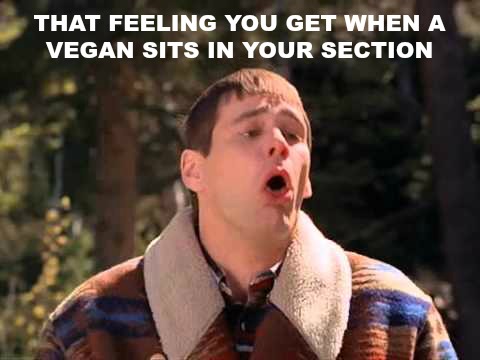 87 thoughts on “Vegans: Your Lifestyle Choice is Not My Responsibility”