Home
/
Uncategorized
/
If You Get Bad Service Every Time You Go Out, Maybe YOU Are the Problem

All of us who wear aprons and serve food for a living hear a lot of the same comments from people all the time: why don’t you get a real job, if you don’t like doing what others tell you to do then maybe you shouldn’t be a waiter, your hair smells like food, etc… Another thing that comes up a lot is people who say they don’t tip because their service is always so bad. Take, for example, David who wrote this on The Bitchy Waiter Facebook page:

“Perhaps you all should (get) new jobs then, we pay your fking salary and give shit service. Everytime i go out to eat my servers are horrible. So either get a new job, be better at your job or shut the fuck up, thank you.”

First off, David, I could say the same thing about your Facebook posts because from what I’ve seen, your sentence structure is awful and you lack punctuation. Then again, what do I know? I’m just a lowly server who has a book coming out in April of 2016 from Sterling Publishers. The second thing I notice in David’s Facebook post is that he claims to always have bad service every time he goes out to eat. I go out to eat quite often myself and even though the service may not always be spectacular, I find that most of the time it is way above average and very, very seldom is it “shit ass” or “horrible.” This begs the question: do you get bad service because you’re a bad customer, David?

Albert Einstein said that insanity is doing the same thing over and over again and expecting different results. If a customer repeatedly experiences bad service when they go out to eat, could it be that the customer’s behavior is the thing that is creating the bad service? Perhaps it is possible that David, as well as all the other “David’s” who say their service always sucks, is really an insane person who always barrels into the restaurant with a severe attitude and a desire to piss people off. David, if your server comes up to your table and says something to you like, “hello, how are you tonight?” and your reply is anything other than, “I’m good, thank you and how are you?” your server is going to immediately pull back a bit because you are exhibiting true asshole behavior. Take a fucking a moment to acknowledge the person in front of you rather than immediately asking for a Pabst Blue Ribbon or a sweet iced tea. If every time you go into a restaurant you treat your server like shit, it is no surprise that you always receive “shit ass service.”

A server is always going to give an asshole the benefit of the doubt, but if the asshole never says “please” or “thank you” it’s going to be more and more difficult for that server to give that asshole the service that asshole thinks he deserves. When I go out to eat, I always am very gracious to the person who is taking care of me. I smile and use my manners and consequently, I have stellar service in almost every restaurant I ever go to. The Golden Rule works, David, and if you treat servers the way you want to be treated by them, nine times out of ten, your service will be wonderful. However, if you persist in your negative way of thinking and your likely poor behavior, don’t be surprised if your service is always bad. Like Einstein said, you are doing the same thing over and over again and expecting a different response. You, my friend, might be insane and if not insane, then definitely a prick.

You suggest that servers get a new job because you think none of them know how to do it properly. The truth is that most of them are more than able to do their job splendidly but don’t want to waste their time and effort giving good service to someone who treats them like shit and never tips. Rather than every server in the world quitting their jobs, maybe it would be easier for dicks like you to treat servers with respect and see what kind of difference that makes for you. It seems to make a lot more sense for one asshole to change his behavior than for hundreds of thousands of people to leave their jobs because you’re unhappy.

Bottom line: if you are a customer who feels that you always get terrible service when you go out to eat, maybe it’s time to look at yourself and see what you are doing that might be causing it. I guarantee that if you your service sucks every single time, it’s not the server who is the problem. It’s you. 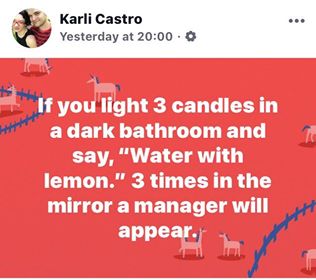 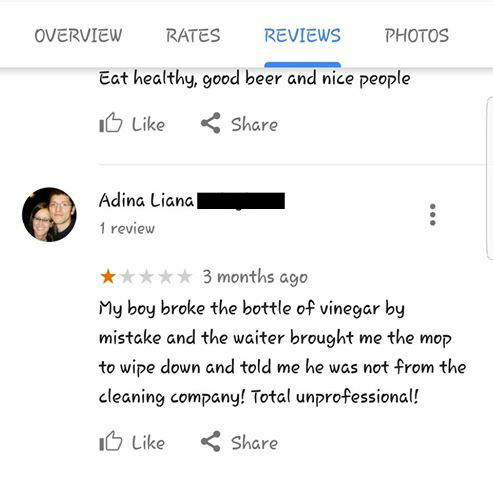