Home
/
Uncategorized
/
A Comment on Comments, the Ordering Water Edition 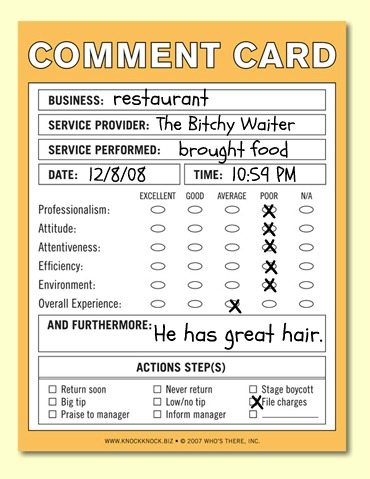 A couple of days ago, I wrote an article for another website about ordering water in restaurants. It was a simple question and answer that consisted of 342 words. No big deal, right? One would think so, but it really brought the trolls out from under their bridge and now I get to respond to a few of them. First off, I never said that it was bad to order water in a restaurant. In fact, I wrote the exact opposite of that. I went on to explain why some servers may get annoyed by a very select group of people who order water. Most of the people who left comments did not bother to read the article and went right to the comment section to leave their two cents on the matter. I am here to give some people their change because if they gave me two cents of their thoughts I want them to have at least a penny left over for the next time they need to comment on something they didn’t even read. Let’s begin:

Danielle says: My restaurant determines shifts based on servers’ beverage order rate per customer, so water drives that down and after enough water drinkers all night, I’m looking at a crappy percentage and potentially losing some prime shifts/sections. I never even knew that. No wonder some servers detest water drinkers so much. It’s one thing to have a lower check average and therefore get a smaller tip, but to have your shifts based on your sales is just plain shitty. End of story.

Tim says: Thank god I go to classy restaurants. That don’t have bitchy waitresses. They, in fact, have people who actually are there, walking around to make sure every glass of water is full, at every table, all the time. And to remove dirty dishes the minute you’re done with them. Tim is under the impression that just because his waitress isn’t bitchy to his face that she isn’t talking shit about him in the sidestand. And if the restaurant is so classy, why is the waitress taking the dirty dishes away the minute you’re done with them? Proper serving etiquette suggests that no dishes be removed until everyone at the table is finished. Keep it classy, Tim.

Ray says: If you are going to bitch about your JOB you should go find one you like. I drink a shit ton of water and normally ask for a pitcher. Nothing worse than a server who doesn’t want to serve. Again, I never said we don’t want to serve water. I simply said that it can be annoying if someone is going to drink a “shit ton” of water and we spend a lot of time doing something that is not going to increase our tip average. Most people tip on the total on their check and a “shit ton” of water costs zero dollars. 20% of zero is zero.

Julian says: Every waiter that complains about getting me getting water instead of multiple 30+ grams of sugar drinks can kiss my asshole. Julian needs to find a better way of asking for a rim job.

Danielle says: People ordering water doesn’t bother me at all. The guy who had 9 (!!!) pints of water today and didn’t tip for crap, does bother me. My point exactly.

Pauline says: So now when we go out to eat, we HAVE to order certain things?? How bout i jus order whatever i feel like ordering… Yes, Pauline, order whatever your little heart desires but please understand that when you read something written by someone who calls himself The Bitchy Waiter, it might just be a tad bit bitchy. Jus sayin’.

Dan says: Who cares if they don’t like it. After age 25 no one should still be waiting tables… Don’t like it get a better job! Dan, you can go eat a dick that has been soaked for week in a glass of free tap water and then you can choke on that water-logged piece of meat. What world are you living in that at age 26 everyone becomes doctor or lawyer? Waiting tables ain’t no Logan’s Run where when you hit a certain age, you are banished forever. Grow up, asshole. And please contact Julian from above. I think you guys will really hit it off.

Matthew says: Why is water such a bad thing. Any server who bitches about water stfu and get out of serving people. Clearly, Matthew did not read the article because if he had, he would have had the answer to his question. READ.

Thank you to everyone who read the article and to those who commented on it. The bottom line is this: order whatever you want in a restaurant, just keep in mind if your server is filling up eight glasses of water ten different times, you might want to tip a bit on the service and not just the total on the check. 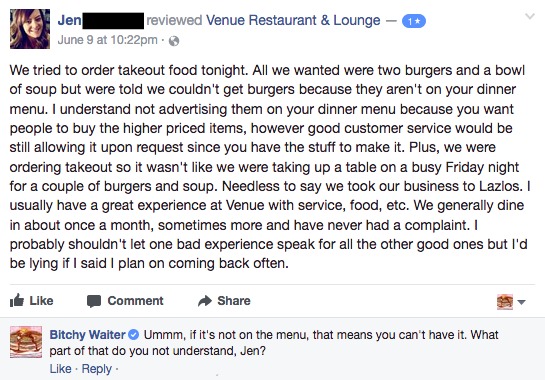 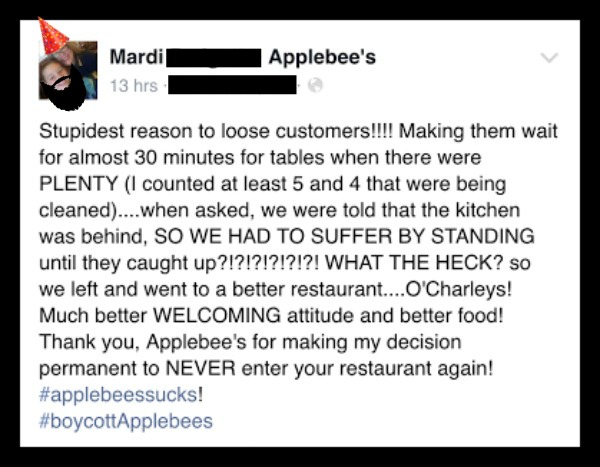