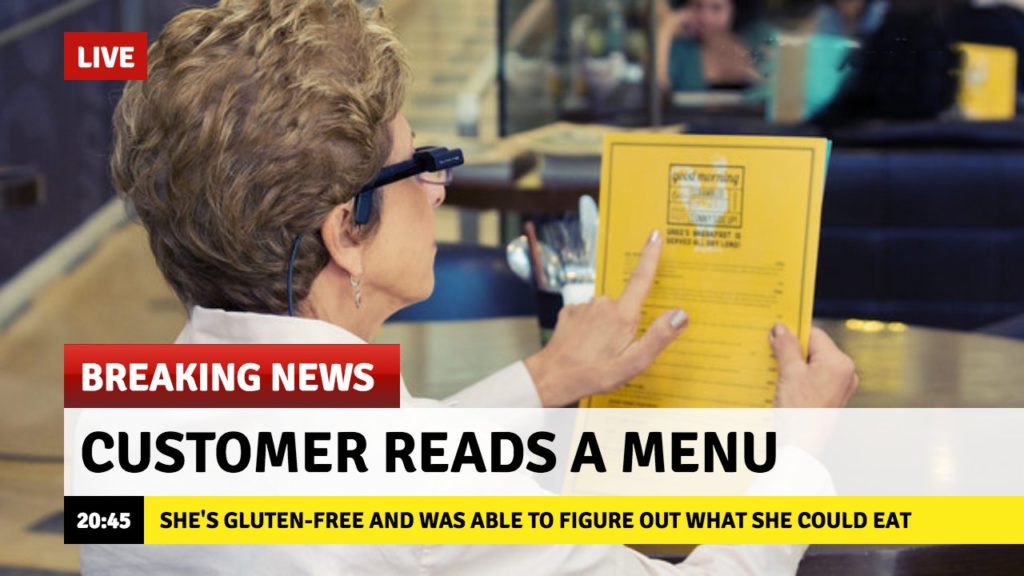 In a shocking turn of events, a woman in Warsaw, Indiana recently went out to dinner and actually looked at the menu and decided what she was and wasn’t able to eat due to her gluten intolerance. Shirley Kay Farine, 68, is unable to eat anything with gluten because of a sensitivity. After educating herself about what foods would be most likely to upset her delicate system, she simply looked at the menu at Flynn’s Inn and determined that she could order the roasted chicken as long as any sauce was left off the plate. The chicken came with green beans and mashed potatoes.

Ms. Farine’s waitress, 42-year-old Beth Meyerson, was shocked. “I just could not believe it,” she said. “Most of the time when someone can’t have gluten, they don’t even bother looking at the menu. They just tell me they’re gluten-free and then expect me to list everything they can eat, like it’s my problem. I was really surprised that she was able to do that. I wish more customers were like her.”

When pressed as to why she didn’t just ask the server to accommodate her needs, Ms. Farine stated that her diet was her own responsibility. “Of course I know that I can’t eat pasta or sandwiches, that’s obvious, so I looked at the menu online before I got there and deduced what was right for me. I did confirm with my waitress that my choices were gluten-free. It’s really not that hard to figure out. Only a self-serving asshole would expect their server to do it for them. I just know what I can have and then I only need to ask a couple of simple questions.”

Albert Flynn, the owner of the establishment, was equally impressed with her ability and released a statement about the event:

We at Flynn’s Inn would like to thank Ms. Farine for doing the due diligence that is required when one has an allergy. Too many people do not care enough about their own health to do what she did. We appreciate her foresight and hope that more customers will take her example. We are always happy to adjust a menu item for someone’s allergy, but it is nice to know that she pretty much figured it out on her own by reading the menu. In her honor, we have renamed our chicken dish and it is now called Shirley Kay’s Okay Chicken.

Meyerson was also grateful for the 20% tip she received. “It really was just an amazing day. I mean, a gluten-free customer who wasn’t annoying as fuck? That hardly ever happens!”

Ms. Farine wants other gluten-free customers to figure that shit out. “It’s alright to ask a question or two, but in the end, it’s your own damn responsibility. Don’t be a pain in the ass.”

You can read the original story by clicking here. 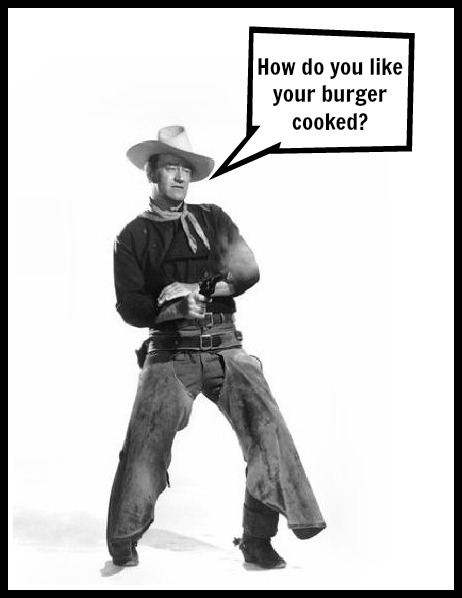 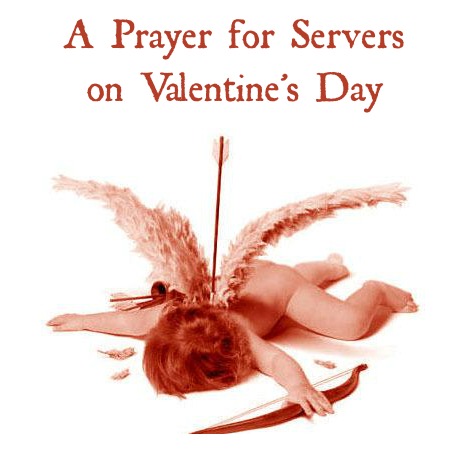