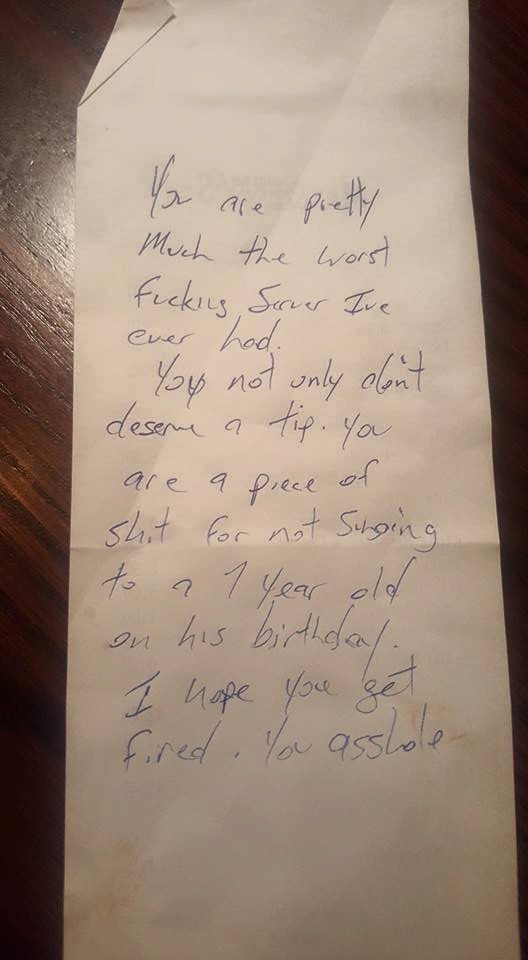 Dear Parent Who Depended on Someone Else To Make Your Child Happy on His Birthday,

Get over it. When you go into a restaurant, your server is there to serve food. You are not the only person the server is taking care of and, although it may seem like it, the restaurant and world do not revolve around you. The only thing the world revolves around is the sun and even though you and the sun share an equal amount of gas, hot air and ire, you are not the same thing. If the server did not sing happy birthday to your child, maybe there was a reason for that. Perhaps the restaurant simply does not do that. Besides, if the success of your child’s birthday is dependent on a waiter singing a song to him, you might want to call the Learning Annex and take a fucking parenting class.

Here is what I hope on behalf of your son or daughter: I hope that your child didn’t see your anger for such a minor thing because that is not what you want to teach your offspring. Your child did not care if the server sang happy birthday to him. All he wanted was for his mom and dad to to sing to him and give him a present. You see, he didn’t know the server and I doubt he will go through life lamenting his seventh birthday because that guy at Applebee’s didn’t sing to him. I hope you can let this go and learn to enjoy the things you have rather than get upset about the things you don’t have. Instead of using your emotions to celebrate your kid’s birthday, you chose to get angry and upset and send out negative energy to your server who was probably just doing what he was told. I hope your kid grows up to be someone who doesn’t leave shitty, passive aggressive notes to servers and I hope that you aren’t teaching your child that this is the way to go through life. If that is what you are doing, you are the worst fucking parent I have ever seen.

If you want your kid to have happy birthday sung to him on his birthday, warm up your own vocal chords and belt out a tune. I guarantee you that your child would rather hear that song from someone he loves than hear it from a random person who just brought out a chicken fajita rollup. 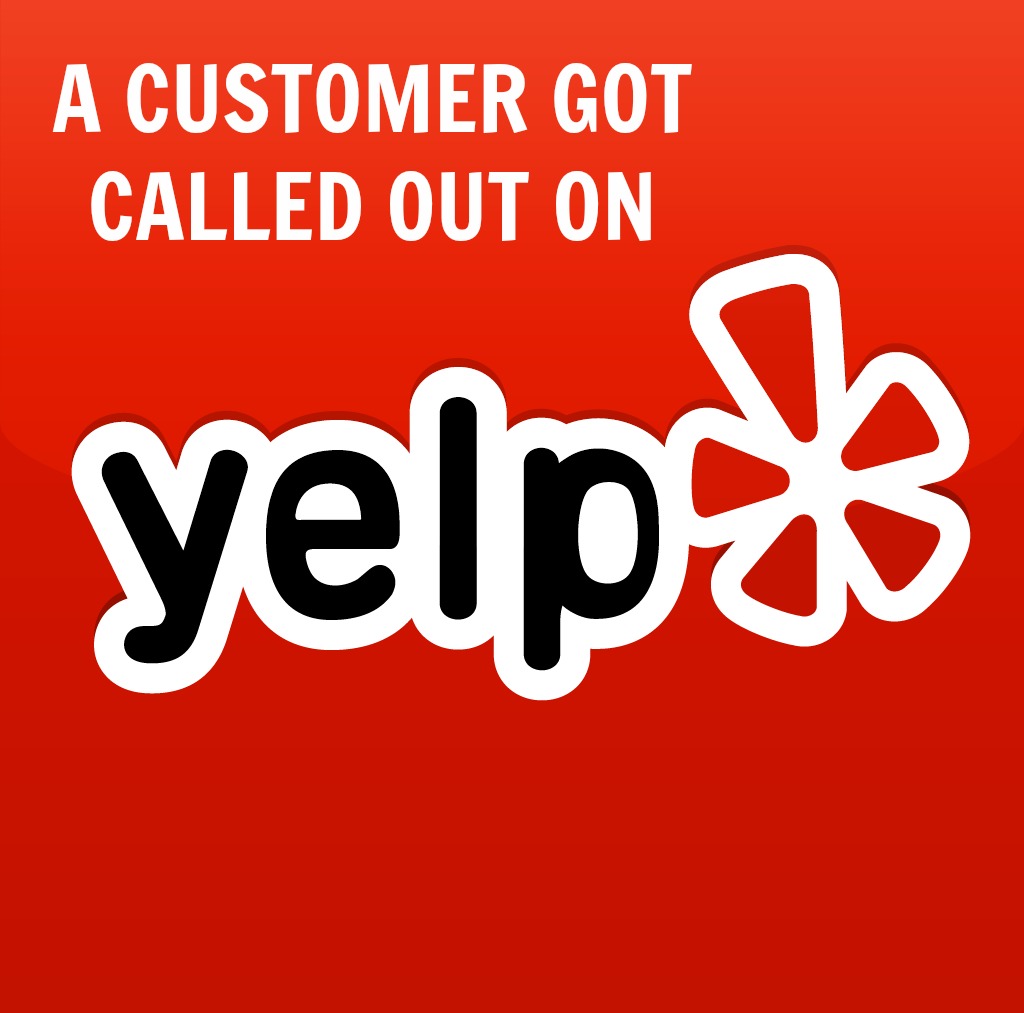 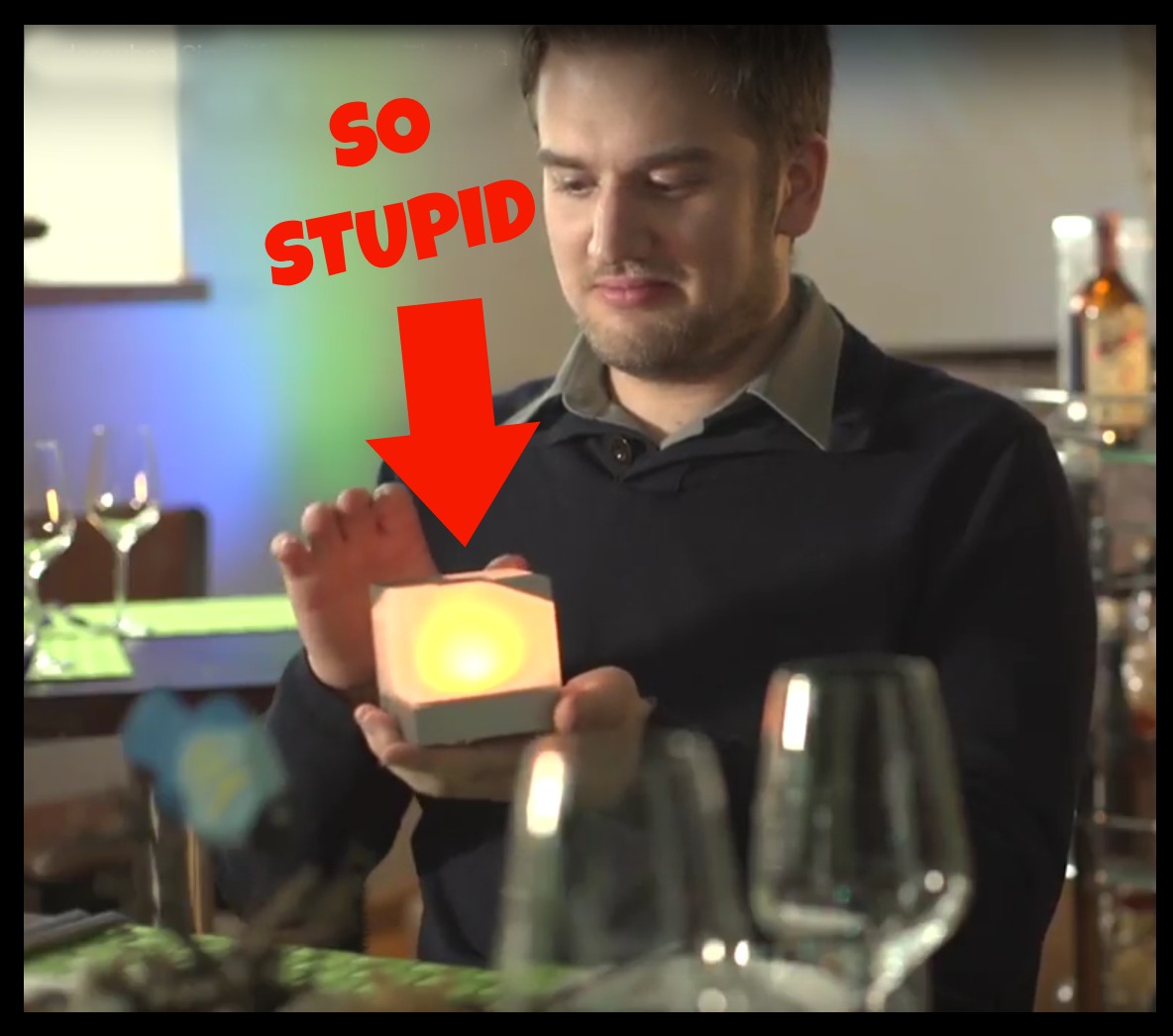