Home
/
Uncategorized
/
“Family Friendly” Does Not Mean “Do Whatever You Want, Kids” 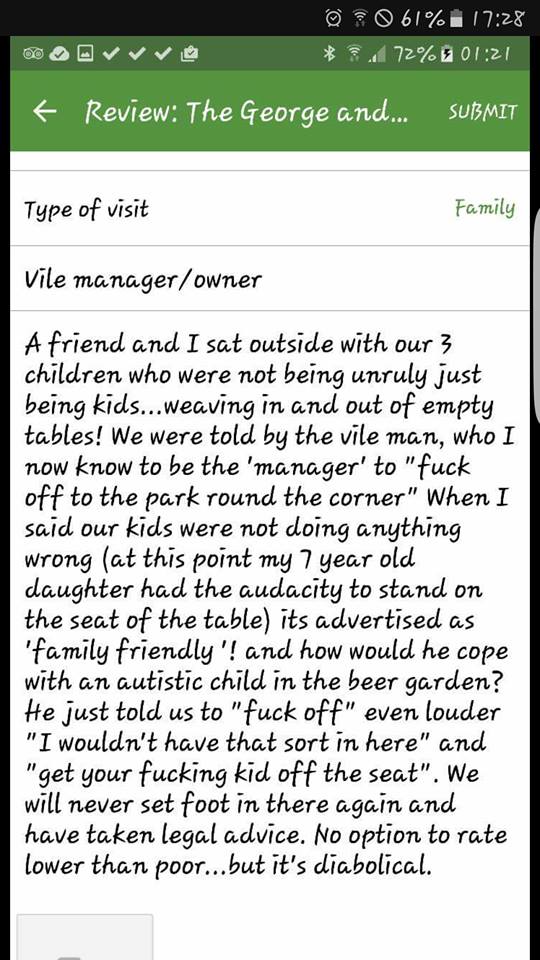 When did the term “family friendly restaurant” change its definition from a place with food that kids will like and possibly some coloring books and crayons to a place where parents think it’s just another playground for their kids to do whatever the fuck they want? A Trip Advisor review for a restaurant in Dartmouth called The George and Dragon recently got a bad review when the owner of the restaurant told some kids to “fuck off to the park around the corner.” Granted, telling kids to “fuck off” is not very “family friendly,” but maybe the owner was sick and tired of parents letting their kids run loose like a group of ferrets foraging for food.

The mom said in the review that their children were not being unruly but just being kids weaving in and out of the empty tables. Sorry, mom, that’s not “kids being kids,” that’s called “parents not parenting.” It doesn’t matter that the tables were empty because if your brats were weaving back and forth through them, I can guarantee you that their dirty little paws either rubbed up against some silverware and glasses or, at the very least, them playing around the tables required that the tables be reset.

This is when Momster claimed that their kids were doing nothing wrong. Oh, except for her 7-year-old daughter standing on the seat of the chair, which I guess is correct behavior in the barn she must be growing up in. Bitch, please. You know, that if you were at home and your daughter put her filthy shoes on the seat of your dining chair and was standing at the table, you would bark out to for her behave, but since it’s at a restaurant, it’s just “kids being kids.” “Family friendly” is not an excuse to let your kids act like animals.

She also says something about an autistic child in the beer garden. I dunno if she is saying that her child is autistic or if it is some hypothetical child who is, for some reason, hanging out in a beer garden, or if this place has a beer garden, but I still feel that kids running around the tables and standing on chairs is not right, autistic or otherwise. And by the way, Mom, if you are actually in a beer garden with your kids, what kind of parent are you? (And can you adopt me?) The owner dropped the f-bomb a couple more times prompting Mom to seek legal advice.

Mom: Hello, Mr. Lawyer? A man told my kid to fuck off last week and I want to sue.
Lawyer: Well, I don’t know if that is really grounds for a lawsuit. What prompted him to tell your child to fuck off?
Mom: Absolutely nothing. She was just running around tables at a restaurant and then standing on her chair.
Lawyer: Oh. Fuck off then.
Mom: But my child may or may not be autistic!
Lawyer: My apologies. Seriously though, fuck off.

Again and again, we see parents defending their child’s behavior and throwing out the “kids will be kids” card. Yes, kids will be kids and they should be kids. But part of being a kid is knowing when to behave and if the parent lets them run around tables at a restaurant and stand on the chairs, when will the kids ever learn what is acceptable behavior in a restaurant? If you want your kids to run and jump and play and climb on things and scream with laughter, don’t go to a “family friendly” restaurant. Fuck off to the park around the corner. 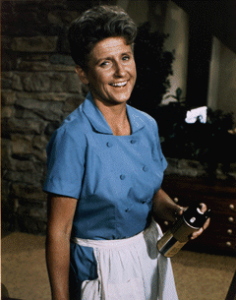