Home
/
Uncategorized
/
The Most Disgusting Bus Boy in the World

When I worked at Black Eyed Pea in Houston Texas about a thousand years, I worked with a girl named Connie. We caught her eating leftover rolls and fried okra straight from the bus tub which led to her nickname of Bus Tub Connie. She thought it was a waste of perfectly good food and felt an obligation to consume it.

“There are starving children in Africa who would be so grateful for this leftover piece of chicken fried chicken,” she’d say.

“And there are people in the restaurant who think you are a disgusting human being,” we’d tell her right back.

I never thought I would meet someone as nasty as her, but last night at work, it happened. Our bus boy Reggie is officially the mist disgusting person I have ever seen in my entire life.

Reggie is telling us how broke he is and how badly he needs some money. Since he lives at home and does not go to school, I don’t know what he needs money for. His parents don’t make him pay rent, he does not own a car, he does not have a girlfriend and I have never seen him wear anything but ripped up Levis and black t-shirts. The only logical explanationis that he is a major drug addict and needs his fix.

“Man, I would do anything for fifty extra bucks tonight, you know?” he says. “Anything.”

Kristine wants specifics and asks him what exactly he is willing to do for some extra cash since we are all bored at work and could use some entertainment.

This is Kristine’s chance. “What if we all pitched in some money and we are willing to give it to you if you eat something really gross?”

Reggie must be more desperate than Kristine expected because he quickly agrees to it. “Okay, what do you want me to eat?”

I can’t believe that he is willingly going to let us decide what he will put into his mouth and swallow. We set some ground rules:

Reggie agrees, proving that he must be a serious meth-head. Kristine and I go around the restaurant to see who is willing to donate some money to this very important cause and we find seven people who are willing to each put in $5. It’s not quite the fifty that Reggie wants, but he says he will do it if we don’t fill the soup cup all the way to the top. Everyone chips in their five bucks and their ingredient choice.

Kristine mixes it all up in the cup and I swear to god it makes me want to throw up just looking at it. She gingerly places the piece of slimy steak fat on top of the concoction and presents it on a tray to Reggie. Next to the cup is a glass of water, a spoon and $35.

Reggie picks up a spoon and I see not an ounce of hesitation in his eyes. He pushes the steak fat to the bottom of the cup and stirs it in. The lettuce and tomato from the hamburger setup is breaking apart with the broccoli while the chocolate syrup colors everything a deep dark color of diarrhea brown.

“Yeah, a delicious fucking steak fat smoothie,” I remind him.

He lifts the spoon to his mouth and takes the first bite as the seven off us attempt to wrap our brains around this kind of desperation for $35. He swallows the fist bite and claims that it isn’t that bad. He still has at least three or four more bites to go and I am confident that when the time comes to to eat the fatty piece of gristle, we will all get our five dollars back. Remarkably, Reggie takes a second and third bite without batting an eyelash. There is one more bite to go and it is the one with the fat.

I taunt him. “Just remember who was eating that piece of steak fifteen minutes ago, Reggie. It was that old man at Table 9 who spits everywhere when he talks and leaves the whole table feeling greasy when he’s done. He probably had that piece of meat in his mouth before he spit it onto his plate and it’s the same mouth he used to eat out his wife last night.”

I begin to make gagging sounds and then Kristine and Sarah do the same thing as the spoon nears his mouth. I can see the fat quivering on the spoon and it has a some rice pudding on it that makes it look even more fatty.

Reggie swallows it and throws the spoon onto the floor. Kristine looks at her watch and begins the countdown for thirty seconds to see if Reggie will earn his prize.

Reggie grabs the glass of water and the money. “Fuck all y’all, I did it. My money now, bitches.”

So Reggie is officially the nastiest person I have ever worked with and you are the most gullible if you would ever believe a story like this on April 1st. 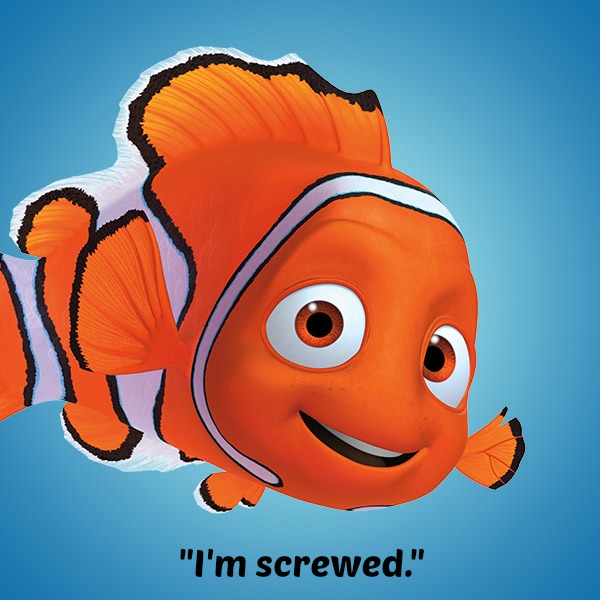