Home
/
Uncategorized
/
I Am Not Your F*cking Coinstar Machine 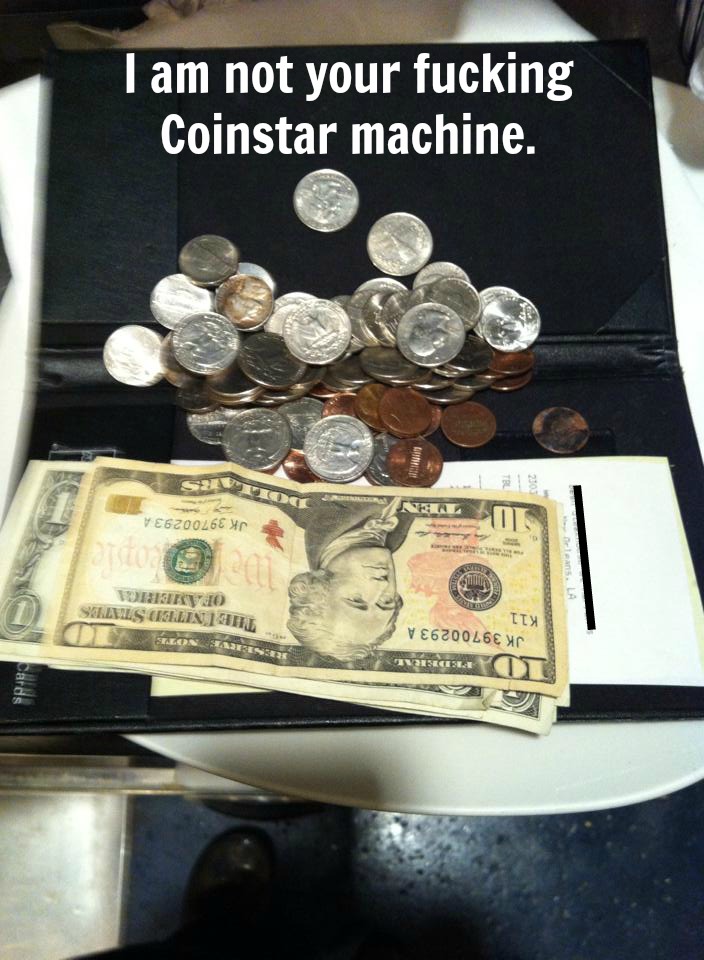 Buckle up, boys and girls, because I’m going to complain about something that is going to get plenty of negative response. I am going to bitch about people who, when it comes time to tip their server, empty their piggy banks and dump a mint load of coins onto the table like a Bukkake boy who just jizzed out a roll of pennies. Yes, I know that “money is money” and “it all spends the same way,” but no server wants his apron to be weighed down by twelve dollars in coins making it hang lower than a pair of 85-year old testicles on a hot humid night. Is it wrong of me to complain about receiving money? Yes, absolutely. However, it is also wrong of me to drink at work, Tweet at work, Facebook at work, make fun of old people at work and a myriad of other things that happen regularly in my life, so I shall complain anyway.

Lots of servers have to carry their own bank at work meaning that we have our dirty pockets full of even dirtier money so that when some asshole hands us a $100 bill, we can make sure we have four twenties, a ten, a five, four singles, three quarters, one dime, two nickels and five pennies. If you work in a busy restaurant, by the end of the day you can have a lot of cash on your person. When I worked at the Marriott on Mother’s Day brunch, I was the “money guy” for our pooled tips and by the end of the day there could be over $6,000 in my pocket. For any server who carries his own bank, I feel I can speak for them when I say this:

How many times has a woman decided to clean out her purse in your section and by doing so the table is covered with old gum wrappers, receipts and a pile of coins? And foreign tourists are the worst. It’s the day before they go back to their country and they don’t want to get stuck with all the coins so they just toss them on the table. Again, it’s money and I’m not gonna turn it down, but I really am not thrilled about jingle-jangling around the restaurant for the rest of the day with a bunch of copper Abraham Lincoln bitches bouncing around in my pouch. I don’t blame the tourists because I wouldn’t want to leave a country with a bunch of their currency stuck in my bag either, but what I cannot accept is when someone does it who just seems like they were too lazy to drag their ass to a fucking Coinstar machine. I am not your fucking Coinstar machine. Don’t be showing up at my table with baggies of coins and rolled pennies that you want to push off onto me. Yes, I have had people pay with rolls of coins and that too is bullshit because how am I supposed to know if there are really fifty pennies in there? What if it’s all a rouse and each roll is one penny short? I’m not going to unroll that shit and count it. Keep your rolls of pennies at home, people. Turn them into the bank, use them at the grocery store or shove them up your cooch, but don’t ask me to put them in my apron and carry them around for six hours.

This is your cue, anonymous, to tell me that I shouldn’t complain about getting tips as long as I get them. But you know what? I did complain and I know that almost every other server who carries his own bank feels the same way I do. We aren’t going to turn down any coins if someone chooses to pay with them, we will just be a bit disappointed in you, that’s all. If you’re comfortable with your server kinda hating you, then by all means, pay your $20 check with quarters and dimes. Just be aware that the server may take a picture of it and send it to a blog and that picture might end up on the Internet. 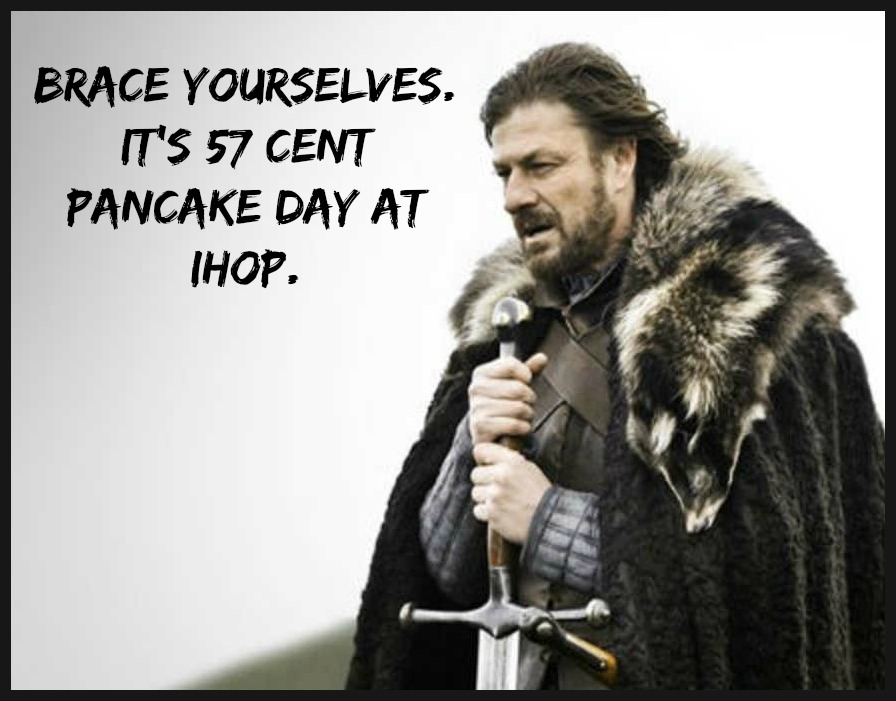 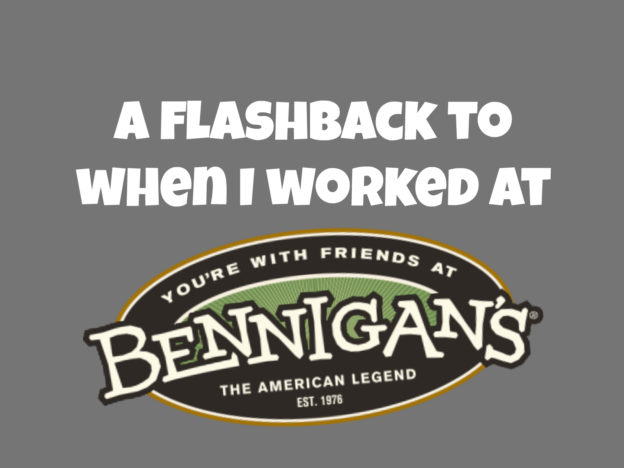