Home
/
Uncategorized
/
The Lamb, The Bitch and the Chambord 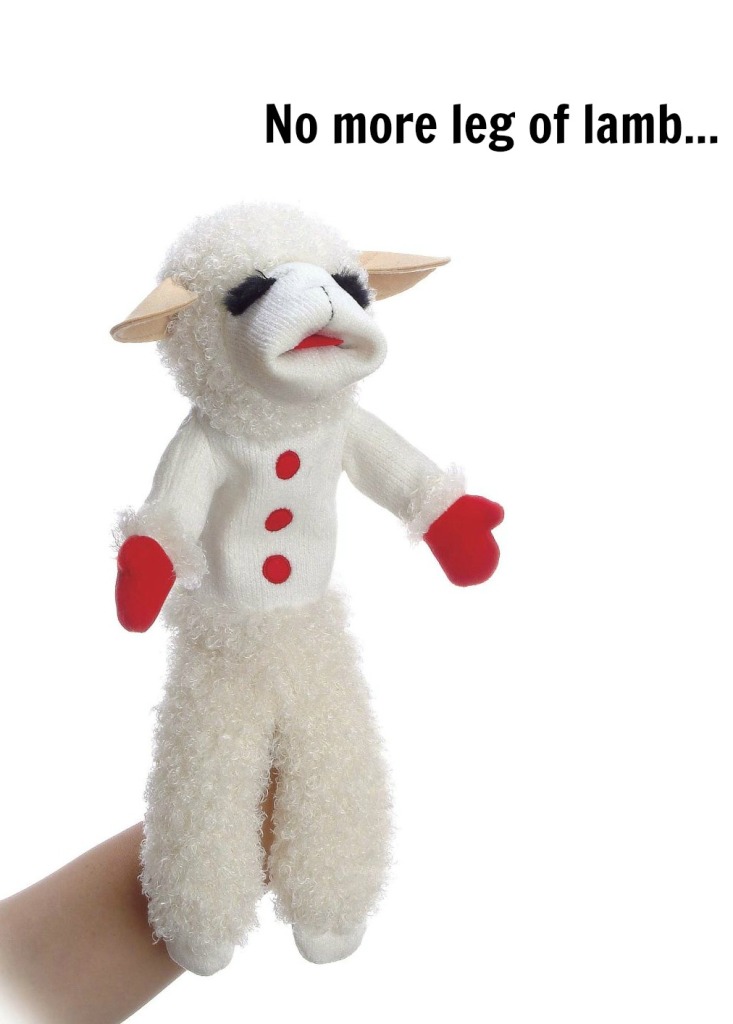 The scheduling Gods smiled down on me last week and granted me a Saturday off. When the schedule first appeared, I gave it a cursory glance expecting to see my usual days off. However, since I had volunteered to work on Labor Day, I was rewarded with a Saturday off instead. When I saw the word “OFF” on a Saturday, my jaw dropped to the floor that I was supposed to have mopped earlier that morning but didn’t because it seemed pretty clean already and why not just make the lights a little dimmer instead? After I reinserted my eyeballs into their sockets, they glazed over at the thought of doing regular Saturday morning things like all those other people who have “real jobs.” Brunch, maybe, or shopping. Or brunch!

I thought it might be nice to spend the day on Governors Island which is only a short ferry ride from Manhattan but a world away. I had never been there before because it is only open on the weekends. Once I looked at their website and determined that they were open and that they did indeed serve cocktails, it was a done deal. Onto the ferry I went, venturing across the East River and through Buttermilk Channel and into a world of island adventure. Once there, I discovered that there was an vintage French carnival happening with with French music piped in through speakers on the tress. Old fashioned carnival rides were everywhere and surrounding that were buildings housing art installations. Further beyond was a massive field with a free miniature golf course and a food court. There were old forts and castles to explore and bicycles to rent and live musicians and food and gift shops. It was truly like being in another country and if not another country, at least it was not Queens.

After some exploring of the island, it was time to quench my thirst and I found a place that had cocktails all made with Chambord, you know, since it’s French and shit. The Chambord Lemonade was exactly what my parched throat needed; Chambord, Vodka and fresh-squeezed lemonade. My empty stomach thanked me for the drink and within minutes, my buzz was nice and rolling, much like the hills before me that children were rolling down. As I sat and listened to a woman sing in French, the smell of pommes frites filled my nose holes and I knew that before cocktail number two, I needed some of those fried potatoes, so I went to the line at the food counter.

The line was long and I went to the front to ask if they took credit cards or cash only. I saw a woman standing at the front of the line holding her baby. She was a young woman, nicely dressed and attractive, but her behavior was quite the opposite of her appearance. She was angry and yelling at the woman behind the counter.

“Yes, ma’am, I know, but it’s not ready yet.” The counter worker was calm and professional.

“I have been standing in this line for too damn long and the only reason I waited was because you told me that it would be ready and now it’s not fucking ready. I don’t appreciate that.”

“Ma’am, I understand that, but it’s simply not ready. What else would you like?”

“Other than that, what can I get you?” She rattled off the available items which included several other option, none of them being leg of lamb.

The woman went bat-merde crazy. “Fuck this bullshit. I want to talk to the person over you.”

“That would be the chef, and he is busy.”

“Then I want to talk to the person over him.”

I couldn’t believe that this lady couldn’t let the lack of lamb go. It was a beautiful day, the weather was perfect, it’s Saturday and we’re on an island in the river and there are worse things that staring at the water on a Saturday.

“Fuck this. I don’t appreciate this bullshit,” she continued “I am in management and when something goes wrong I accept responsibility for it. That’s what I do. Are you accepting responsibility for this? Are you? Cause you told me you’d have fucking leg of lamb and now you don’t.”

Meanwhile, her baby looked bored like it was thinking, “Here we go again…my mom’s being a bitch.”

“Yes, ma’am. I accept responsibility. “Listen, my crew has been here since 8 AM. We took our first break at 5:00 and we will be here until 1:00 tonight. We stopped to eat and things took a little longer than we expected.”

“That’s not my problem, how long you’ve been at work. I waited in line for forty minutes for leg of lamb and now I’m not getting any.”

I stood there and watched that poor woman behind the counter and felt sorry for her that she was being verbally dumped on by this woman. And then I remembered something: “I am not at work.”

“Excuse me,” I said to Lamb Lady. “You’re holding up the line complaining about something you’re not gonna get. Why don’t you just choose something that’s available and chill the fuck out, lady?”

She turned her venom at me now. “If you don’t like it then you can go get in another fucking line!”

Another woman turned to me and said, “In her defense, they did tell her it would be ready and she’s been in the line for a really long time.”

“THERE’S. NO. LEG. OF. LAMB. Let it go. Move on,” I bellowed. “Is yelling at someone gonna make it cook faster? It’s alright to curse at someone? And while you’re holding your baby? Maybe you’d like the lamb now and you can just eat it raw.”

I looked at her and saw her as every vile customer who has ever mistreated me. I raised my right hand and flapped my fingers to the thumb repeatedly as if I had a puppet on my hand. “Blah, blah, blah,” I said. “Get over it.”

She gave up her fight and stomped away from the line, sans leg of lamb. I gave a smile of support to the woman behind the counter and then decided that fries were no longer needed but a cocktail was.

I went back to the bar area to get another Chambord Lemonade and continued watching the live musicians. My drink was cold and the sun was warm. I felt good about my day off and even better that I was able to put a customer in her place. Why do people think they can mistreat those who serve them? I think it’s because they know that we can’t fight back unless we are willing to lose our job. People like this Lamb Bitch take advantage of the situation and use it to make themselves feel better about their lot in life. If she truly was “in management” then she should know that no one wants to be treated the way she was treating that woman. It felt wonderful to be able to stand up for that woman who was being screamed at. It felt great to tell a customer, although not mine, to chill the fuck out. I felt satisfied. I took another sip of my Chambord Lemonade and listened to another Edith Piaf song and gave thanks for my Saturday off.