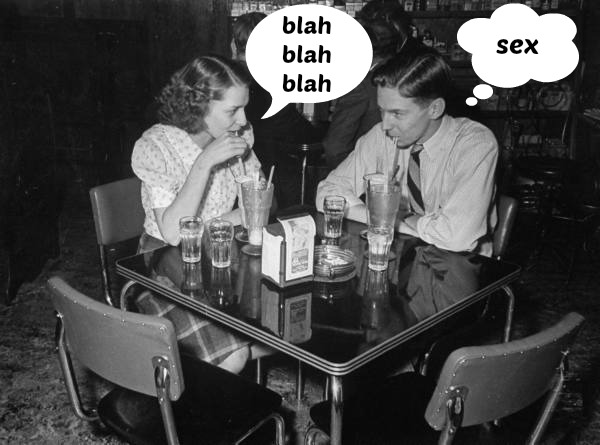 It is clear that the couple at Table 5 is on a first date, maybe a second one. They have come in for drinks which is a good indicator of just meeting and neither one wanting to commit to the amount of time it will take to order a well done burger or a roasted chicken breast. A drink can come and go in fifteen minutes if the date is going no where fast.

She is a loud talker. A really loud talker about all things boring and she is giving off an air of desperation for the date to go well. The guy is sitting across the table leaning back in his chair as far as possible as if to avoid the sonic boom of nothingness that is spewing forth from her blab hole. I imagine her sitting with one of our regulars who can’t stop talking and the the two of them competing in a Battle of the Blah Blah Blahs. Her date is sitting with his arms and legs crossed and, although I am not fluent in body language, it seems is if he is sending her the signal that he has already completely shut down.

“Can I get an Old Fashioned?” he asks.

“Oh, I’ll have that too!” she quickly says as if ordering the same drink is a clear sign that they should get married and have babies together. She covers her enthusiasm by saying, “I want to be like Don Draper. You know from Mad Men?”

When their drinks arrive, she picks up her glass and says, “Cheers!” as she awkwardly clinks her glass with his as if bumping glasses of Old Fashioneds is a clear sign that they should bump genitals and have babies together.

Ten minutes pass. “Can I get a Sidecar?” the man asks.

His date’s drink is still full since she has not yet mastered the art of drinking through a straw at the same time she is telling a boring story. The man is still leaning back in his chair with his arms crossed but by ordering a second drink he seems to have resigned himself to being here for a little while longer and he may as well numb his emotions with alcohol.

As the Sidecar is placed before him, he randomly asks her, “Have you ever been to the Rock and Roll Hall of Fame?”

“You’re right, I should. I totally should. It’s absurd that I have never been.”

No, what’s absurd is this date and how she seems to feel the need to agree with everything he says. He gets up to go the restroom and as he walks to the back, I watch him pull out his cell phone and begin texting. I notice that she does the same thing at the table. I imagine two very different texts to friends.

His: Dude call me in five minutes. This chick sucks. Save me.

Hers: OMG, he is perfect! We both drink Old Fashioneds!! Total marriage material. Call u tomorrow! xoxo

Another ten minutes later, her glass is still half-full and he orders another drink, this time a beer. By now, his body position has shifted ever so slightly. He is still leaning back in his chair but his arms are no longer crossed indicating the slightest possibility of interest. The alcohol seems to have given him earplugs because as her volume continues to rise, he smiles more often than before, though still still keeping mostly silent. It is not until they realize they are both Jewish do they finally seem to connect.

“It’s relevant because the holocaust happened. It’s true,” she says in response to something that probably had nothing to do with either Judaism, the holocaust or anything he cares about.

After she lists all the sports she’s good at, they ask for their check.

“So, do you want to stop by my apartment for a cup of tea? I live right around the corner,” she asks him.

With a shrug of his shoulders and a tilt of his head, he replies, “Sure.”

They walk out of the restaurant together. Maybe this was her plan all along; to just talk incessantly until he drinks to drown her out and once he is too drunk to use common sense she invites him over for a cup of tea where she seduces him with more tales of not-for-profit semi-excitedness. Of course, it could have been his plan all along too; to let her talk until he can’t take it anymore and the only way he can get her to shut the fuck up is to stuff his penis into her mouth. 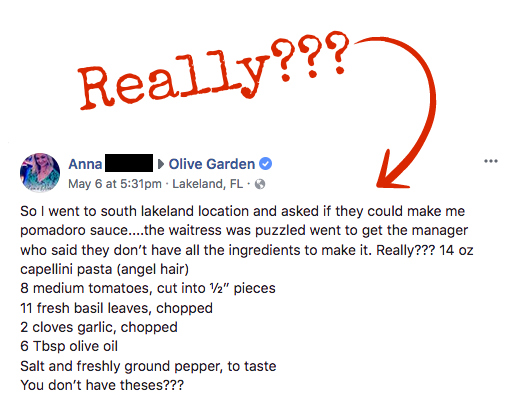