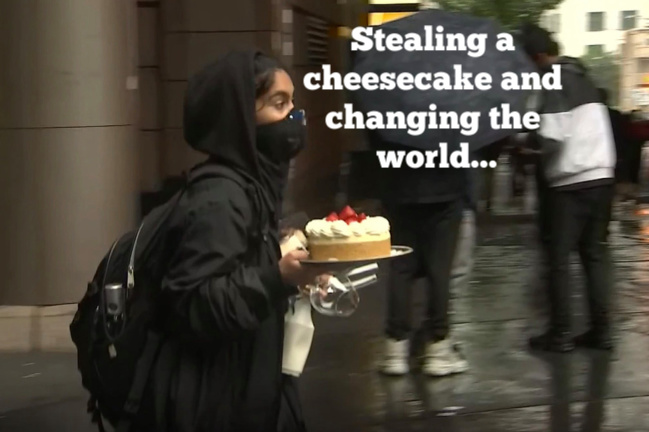 America has found her new hero when it comes to standing up for racial inequality. Step aside, Martin Luther King, Jr. Have a seat, Rosa Parks. We have a brand new figure who will go down in history for doing more for racial discord than any other human being the world has ever known. When a small fraction of protestors in downtown Seattle turned to rioting and looting last week, a Cheesecake Factory was among those businesses affected. It wasn’t long before a local news crew caught this unnamed hero casually walking down the street with an entire cheesecake in her hand along with what appears to be a couple of wine glasses. While other protesters were carrying signs that said ‘I can’t breathe” or marching in honor of the life of George Floyd who was murdered by police in Minneapolis, this woman did something that really mattered: she stole a cheesecake. But who is this masked avenger? Where did she muster the courage to do something so very brave and so very important?

I wanted to know who this woman was, so I did some Internet sleuthing to find out. (No, I didn’t)  After days and days of exhaustive research, I finally tracked her down. (Again, I did not do this.) I reached out to her and she agreed to answer a few questions. (Once more, not true.)

Bitchy Waiter: Thanks so much for agreeing to talk to me.

Samantha: Thank you for reaching out. My name is Samantha.

BW: So, tell me, what exactly happened that day in downtown Seattle?

S: Well, I went down there to protest. I totally believe in black lives matter and all that and I just  wanted to, you know, be a part of it.

BW: Can you explain what you mean by “it?”

BW: Do you mean that you wanted the world to know that you can no longer tolerate the injustices that happen in this country to people of color and that too many police officers are killing black men and women and then not paying the price for their actions?

BW: And did you want to expose the hypocrisy of our nation in the sense that two weeks ago white people were storming capitol buildings to protest the fact that they couldn;t get haircuts or go to restaurants and while protesting they were holding semi-automatic rifles yet police officers never once used tear gas or rubber bullets on any them? And then this week when thousands more people are protesting for the rights of a black man who was killed by a white cop for allegedly using a counterfeit bill the police seem to have no problem using tear gas and rubber bullets?

BW: And how did the cheesecake end up in your hands and why?

S: Oh, well I was walking by the Cheesecake Factory and people were breaking the windows and everything and I was like, hey, I like cheesecake.

BW: So you just took a fucking cheesecake?

BW: And how the fuck is that helping anyone who is out there peacefully protesting in an effort to make change?

S: It has strawberries too.

BW: Look, I’m glad you’re out there raising your voice because if enough people raise their voices loud enough maybe eventually someone will fucking hear them, but taking a cheesecake is diluting the effort of literally thousands and thousand of people and I can’t imagine that the family of George Floyd would want you to steal a cheesecake in his name.

Please note: This is fucking satire. 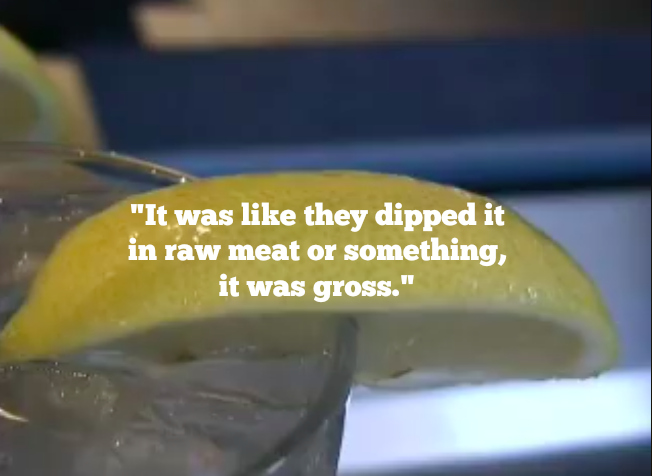 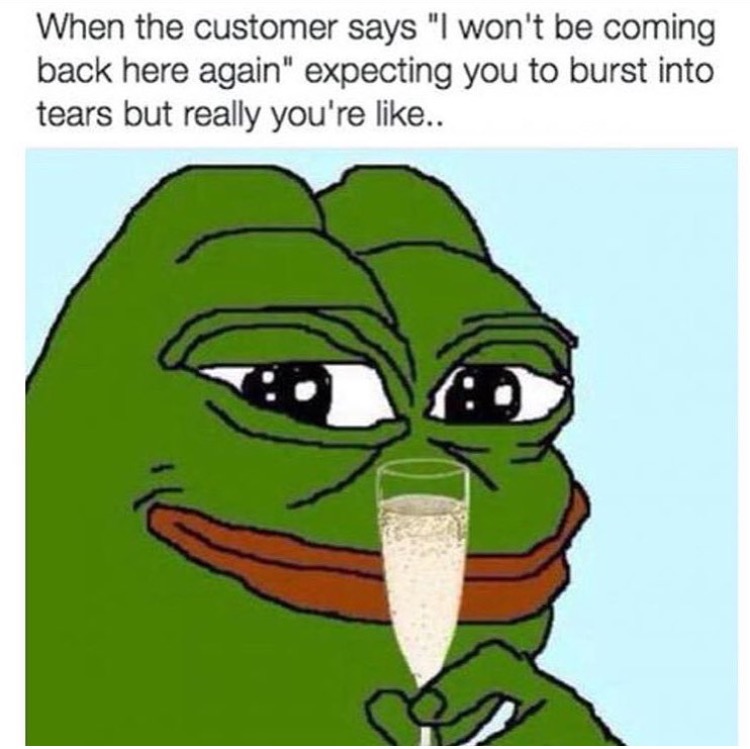