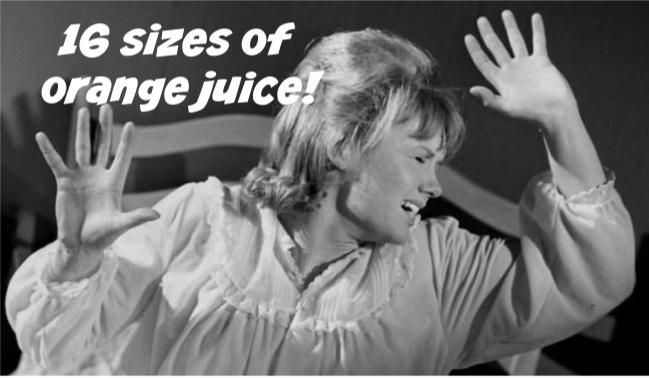 It’s been a minute since I have written about the one thing all servers share, no matter what kind of restaurant they work in or how long they’ve been wearing an apron: server nightmares. Once you work in a restaurant, you can be certain that server dreams will forever be a part of your life, just like herpes or glitter after a very unfortunate crafting accident.

Last week, I had the privilege of meeting the new girlfriend of my brother. As we were getting to know one another and I shamelessly plugged my own blog, she informed me that she too had been a server years earlier. She wore the apron for over a decade, so waiting tables was still in her blood and subconscious. I didn’t get close enough to know for sure, but I can only hope that the smell of waiting tables had long since been washed off her skin and out of her hair. The topic of server nightmares soon came up and she informed me of the worst one she has ever had. Unlike mine, where the restaurant is as big as the eye can see and the kitchen is like a mirage that’s always out of reach, her’s involved a menu that was written in Sanskrit.

“Damn, this girl’s smart,” I instantly thought. “My brain isn’t complicated enough to create a menu out of Sanskrit.”

“And the menu had sixteen different sizes of orange juice,” she said.

My blood turned cold at the very thought of people pointing to a menu that was written in a forgotten language and then having to decipher which size orange juice they wanted. “How would you memorize all those sizes?” I wondered. And where or where do you store all of the the glasses for that? Think about what your sidework would be like if it was your job to stock the sixteen different kinds of orange juice glasses. It makes me shudder.

Surprisingly, I did not have a server dream that night. Maybe by actively embracing the horror of sixteen different sizes of orange juice and keeping it solidly in my consciousness, I kept it from seeping into my subconscious that night. Besides that, a Sanskrit menu and sixteen sizes of orange juice is Betsy’s horror show, not mine. The next time I have a sever nightmare, it will be my  familiar mile-long dining room with a kitchen I can never reach. That’s my own personal nightmare and I’ll let Betsy keep hers.

What about you? What’s your server nightmare?