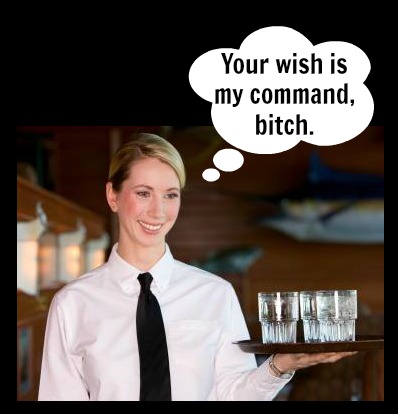 It’s always fun for me to respond to an article about what some basic Becky has to say about a restaurant experience. Such is the case with an article called “Are These Unrealistic Expectations From Waitstaff?” that was written for a website called Times Union. For the most part, I tend to agree with the writer, but I still want to take each point and clarify.

Here is the original article if you want to go drop your two cents.

10 thoughts on “Waitstaff Expectations, According to Some Basic Becky”