A waitress named Michelle Crider was working her shift at at the Dash-In restaurant in Fort Wayne, Indiana this week when two men sat in her station and tried to ruin her day by being small-minded, bigoted, assholes. When they left the restaurant, Michelle saw they had not bothered to leave a tip, but they did leave a note on their receipt explaining why they made that decision. Scrawled at the top of the piece of paper were these words: “I don’t tip fags.”

Michelle went home and created a Facebook video explaining what happened and how she wasn’t going to let it upset her. She loves her job, loves the people she works with and is happy in her life. I won’t try to say it better than she did, so please watch this inspiring and completely honest response that she gave. And please watch until the end because the last two seconds are THE BEST:

Ironically, this video came out on the same day that I myself was called a fag on my Facebook page. It doesn’t bother me because people have been calling me names ever since third grade when a bunch of little assholes called me a sissy during a game of kickball, so being called a fag is old news. As a kid, it would make me cry but now it just pisses me off that people still think it’s okay to hate someone just because of who they love. When the guy called me a fag, I originally screenshot the comment and shared it, but my husband (in my same-sex marriage!) convinced me that it was immature, so I took it down. But here it is again with his full name redacted:

You can see how I initially responded to him and here is my additional response to Diz which, although not as thoughtful and well-spoken as Michelle’s video was, is pretty fucking perfect in it’s own way: 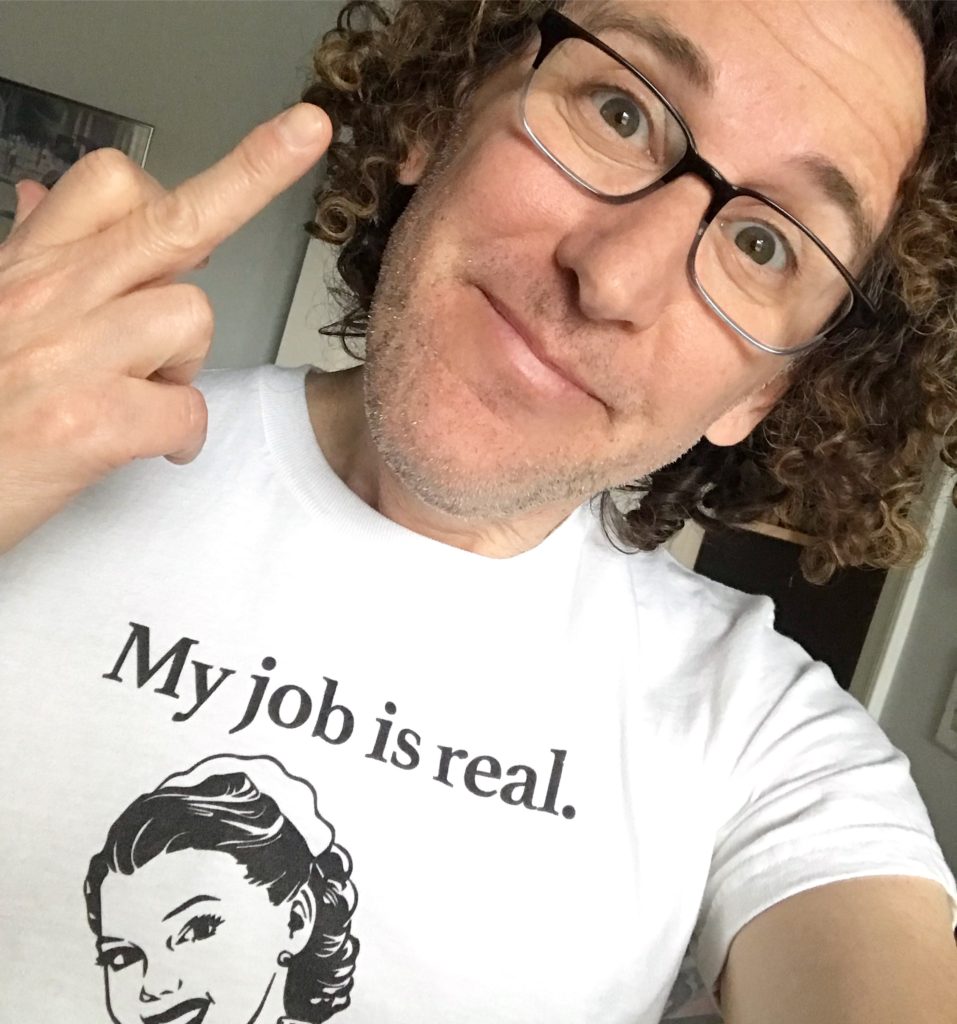 If you don’t like gay people, that’s fine, but you don’t need to tell us that you don’t like us. Chances are we know that anyway. Just stay in your teeny, tiny orbit and we’ll stay in ours. I can tell you this though: the orbit that we live in is one that embraces diversity and love and positivity. Our orbit is the one that you will eventually want to live in if you ever want to be truly happy in your life. Until then, go suck on a black hole, assholes.

Oh, and if you want to buy that shirt, here it is.