Home
/
Uncategorized
/
Woman Dining Alone Assumed to be a Hooker

A restaurant here in New York City is feeling the heat for allegedly telling a single woman she wasn’t allowed to eat at the bar alone because the restaurant was trying to avoid having prostitutes sit there preying on decent, law-abiding, (male) customers. Yes, basically they assumed she was a lady of the night and made her move to a table back by the bathrooms.

The restaurant is called Nello and the not-a-hooker is named Clementine Crawford. Nello is a pretty pricey restaurant on the Upper East Side that Crawford likes to go to whenever she’s in Manhattan. When she called the restaurant owner to complain about her treatment, he pretty much told her it’s his business and he can run it however he wants. She also claims that while she was sitting at a table not being a hooker, she watched a man sit at the bar and dine alone. (Does Nello not know what a gigilo is?)

Crawford wrote an essay about her experience and then it went viral because everybody wants to read about the plight of paid sex workers and those who are mistakenly thought to be one. It is important to note that Crawford was not upset about being mistaken for a call girl. She’s upset because of the blatant sexism and the assumption that any woman sitting alone at a bar must be up to no good.

The restaurant fucked up in so many ways. First off, you can never assume a woman is a hooker unless she’s wearing booty shorts and hanging her tits in your car window while you’re waiting for a red light and she’s telling you she’ll give you a handy for $10. If that happens, yeah, she’s probably either a hooker or someone applying for a job as a FOX News commentator. (Hi, Britt!)  However, if a woman is sitting alone at a bar having a cocktail and enjoying the company of herself, chances are she’s just a woman who wants some time time alone so she can think about how shitty so many men are. Secondly, so what if she was a prostitute? Lets give props to a woman who knows what she wants and goes after it. Thirdly, if a woman complains about the fact that you basically called her a whore, you don’t come back with the “it’s my restaurant and I run it how I want” defense. You apologize profusely for your sexist assumption and offer a complimentary order of Grilled Chicken Wonton Tacos. (Well, at least that’s what the Applebee’s managerial handbook tells you do.)

If you own a restaurant and you don’t want hookers all up in there, you need to figure out a way to do it without assuming any woman who comes in alone is a streetwalker. Maybe put up a sign that says “No Shoes, No Shirt, No Service. And No Hookers.” Or simply just mind your own fucking business. If a man is at a restaurant and is approached by a working girl and he ultimately decides he’d rather have a tart for dessert instead of the creme brûlée, who cares? Let him pay his check and then then pay the woman. The restaurant got their money, the call girl got her money and the man finally got laid. It’s a win-win-win.

As for Clementine Crawford, I’m sorry you had to go through that. Hopefully, the restaurant will come to their senses and publicly apologize to you and give you their equivalent to a Grilled Chicken Wonton Taco, which, coincidentally, is exactly the same thing a hooker would give to a John that she meets at Nello. 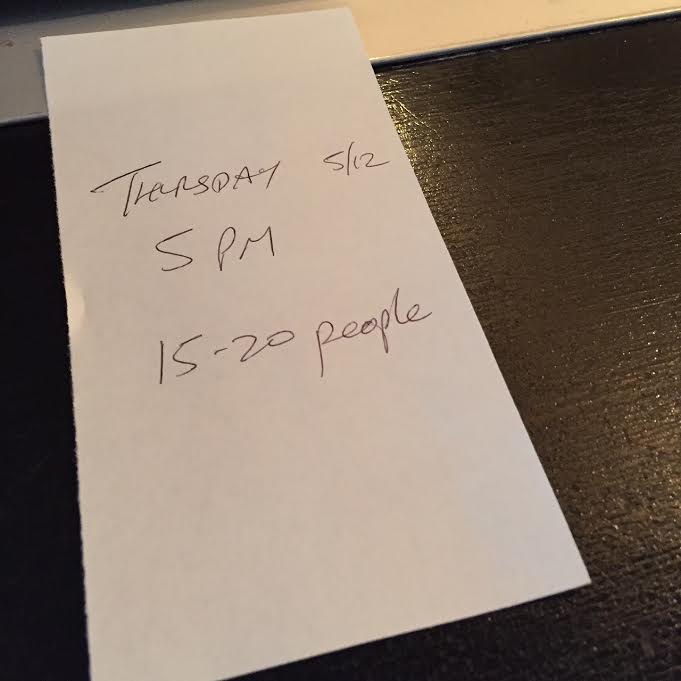