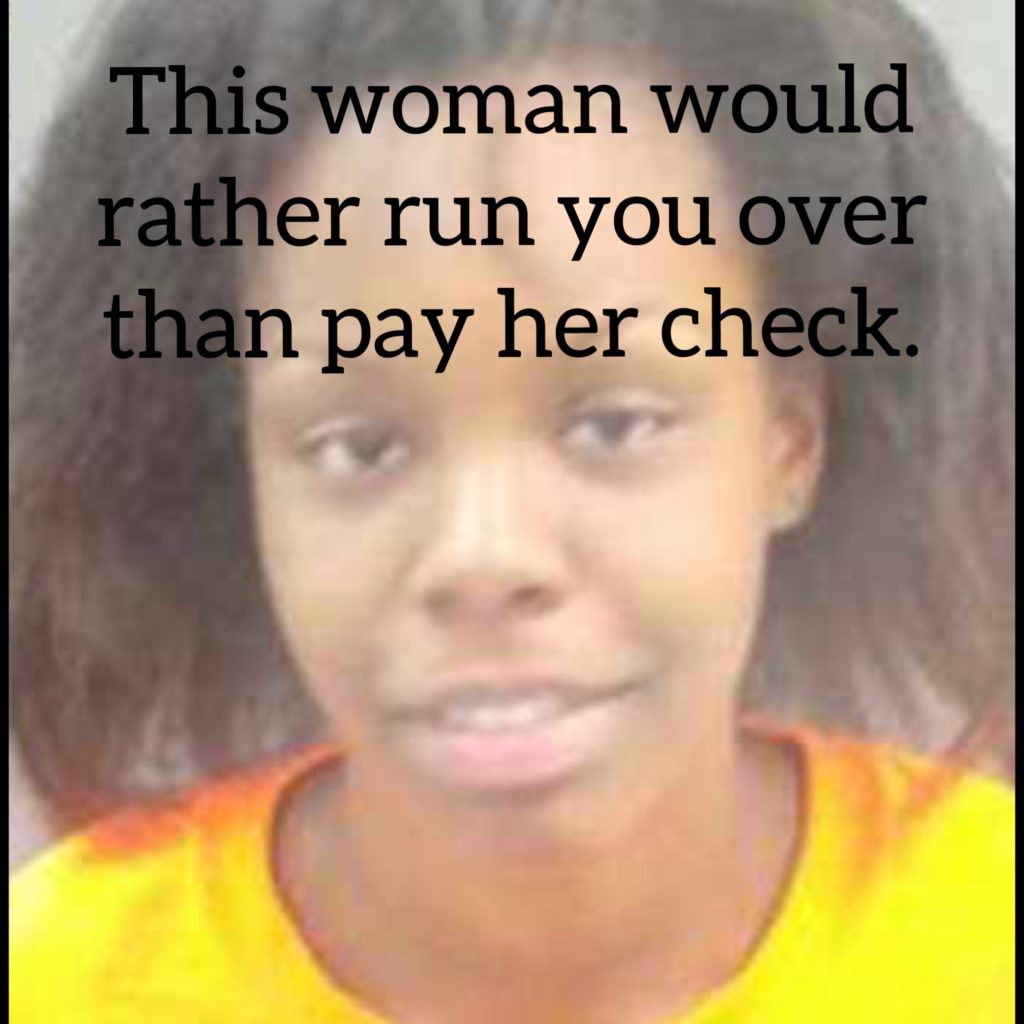 Jenobia Jones. She will run your ass over if you try to make her pay the check.

If someone walks out on one of your checks, do NOT go chase after them and stand in front of their car as they drive away because some crazy people will drive right over your ass if it means they don’t have to pay for their Firecracker Shrimp Cavatappi, Honey-Chipotle Crispers & Waffles or Taste of freakin’ Italy.

Last month in St. Louis, a woman did just that. 18-year-old Jenobia Jones skipped out on her meal with two friends and when she saw her waiter standing in front of her car she had to make a quick decision. After looking at her empty as fuck pocketbook, she thought it would be best to hit the accelerator and run over the guy. The waiter ended up on the hood of the car and Jenobia finally came to her senses and stopped, allowing the waiter to remove himself from the less than ideal situation. The driver was charged with a felony count of second degree assault. It is not known if the waiter suffered any injuries, but I mean, he was hit by a fucking car, so I would venture to guess that he didn’t feel so great afterwards.

Listen, servers. If a customer tries to leave without paying their check, do not put yourself at risk. Legally, the restaurant cannot make you pay for a walk-out. I know, I know, they will find another reason to write you up or fire you, but technically it cannot be for a customer not paying the check. Besides, do you want to risk getting your uniform dirty by getting caught under the wheels of some cheap bitch as she is driving out of the parking lit? It’s not worth it.

And if you see Jenobia Jones come into your restaurant, pay extra close attention to her. And by all means, don’t stand in front of her car.

1 thought on “Woman Hits Waiter With Car to Avoid Check”