Home
/
Uncategorized
/
If You Won’t Work For Free, Then Why Should I? 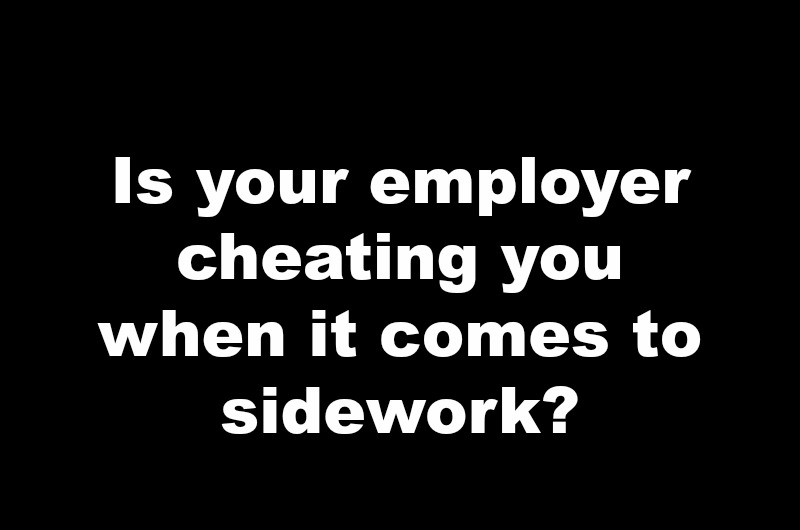 This article is based on Federal Law – the law in your specific state may change the outcome or issues discussed.

A SERVER’S DUTIES BEFORE, DURING AND AFTER WORK

Warning, you may be working for free! It may seem absurd to think that an employer can get you to work for free, but free labor has in fact become a common problem in the service industry – specifically in the restaurant industry. How? In simple terms, free labor may result from those extra duties/tasks that an employer requires a tipped employee to perform before, during, or after their shift without proper compensation.

The service industry revolves around a culture that is primarily focused on an employer’s economic gain without regard to an employee’s economic loss. As a result, tipped employees continue to perform an excessive amount of “side work” without compensation and/ or continue to perform other non-tipped work for the paltry rate of $2.13 an hour rather than full minimum wage. Therefore, it is important to understand how performing excessive “side work”, and other non-tipped duties unrelated to your occupation as a tipped employee can affect your wages and the tip credit.

Let’s begin by introducing the famous concept of “side work” also known as doing annoying tasks, such as roll ups. While it may seem like “side work” is only a minor part of the workday, it actually has a significant impact on your wages and your employer’s liability for unpaid wages under the minimum wage and overtime laws.

As you may know, it is very common for tipped employees to perform “side work” and other tasks not related to their tip occupation. A few examples of side work duties that many servers have been required to perform before, during, or after their shift, include roll ups (i.e. rolling up silverware in sometimes not so easy shapes like an oyster fold), re-setting tables, refiling salt and pepper shakers, lighting or extinguishing tea candles (i.e. the teeny tiny stubborn candles), refilling ice, and restocking any empty product located within the restaurant. Oh did I mention, that cleaning, cleaning, and more cleaning is also part of those side work duties. And yes, cleaning duties do include bathrooms, kitchen messes, and other messes that may or may not involve very strange or unknown fluids. However, the main issue with performing “side work”, and other non-tipped work is not necessarily the actual task you are performing, but rather the amount of time spent performing that task and the amount you are getting paid to perform that task.

The most frequent issue that arises is as follows: if a “tipped employee” is performing two jobs, one job that customarily and regularly produces tips and one that does not, that tipped employee is considered to be employed in dual occupations “dual jobs”, and a tip credit may not be taken for any hours that employee spent in the non-tip producing job.

For example, an employee who works as both a waiter and a maintenance worker at a hotel is considered to be employed in a dual job, and would only be considered a tipped employee with respect to his or her employment as a waiter. In this case, the employer would need to pay the employee full minimum wage (i.e. under federal law $7.25 per hour) for the hours that employee worked as a maintenance worker, even though a tip credit may be used to for the hours that employee spent as a waiter.

*Drew N. Herrmann is a labor and employment lawyer licensed to practice in Texas. Mr. Herrmann’s labor and employment law practice is devoted to representing aggrieved employees in workplace disputes. If you have any questions or want to consult with Mr. Herrmann, he can be reached by calling 817-479-9229, or emailing drew@herrmannlaw.com or check out his website www.paycheckcollector.com