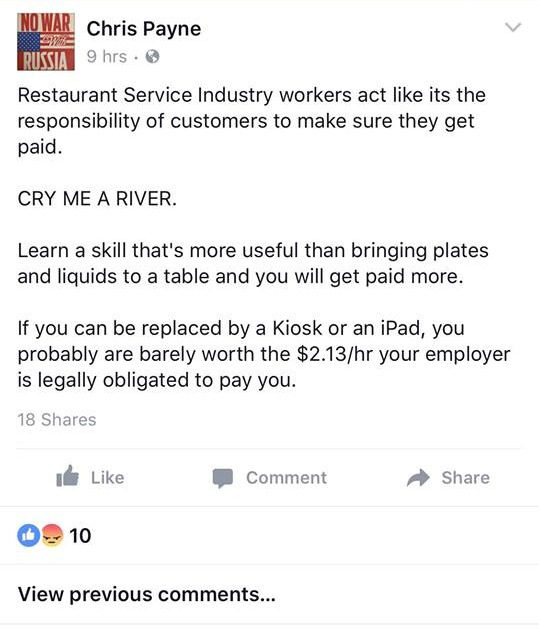 With our presidential election only days away, we know that our country is divided. The only two groups of people who have a greater wedge between them than Hillary Clinton supporters and Donald Trump supporters are the FOH and the BOH. However, I did find one political candidate that I bet we can all agree to hate.

Allow me to introduce Chris Payne who is running for U.S. Senator in Kentucky. 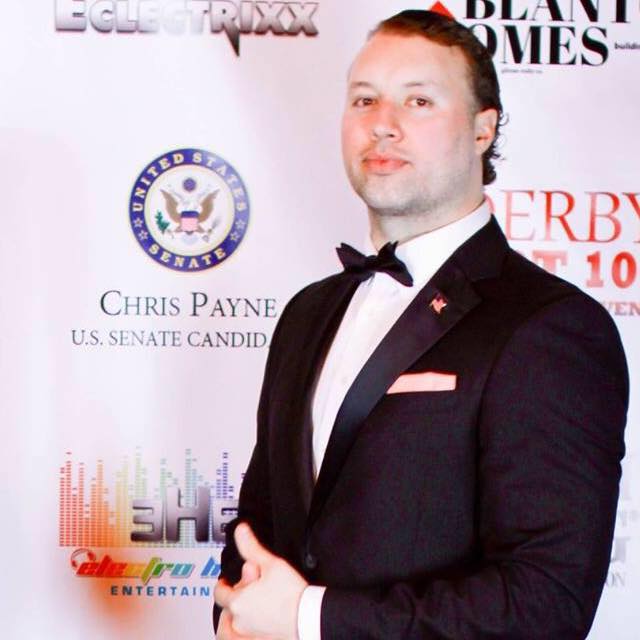 He is running on the Independent ticket meaning that Republicans and Democrats can all hate him equally. I am not sure where he stands on the big issues like government spending, equal rights, a woman’s right to choose, global warming and other hot button issues that normally come into focus when choosing a candidate to vote for. I do know one thing that he stands for and it is enough for me to know that this man does not deserve a seat in the Kentucky senate. He has an official Chris Payne for U.S. Senate Facebook page as well as a personal one, both of which are open to the public. On his personal Facebook page he said:

Restaurant Service Industry workers act like its the responsibility of customers to make sure they get paid.

CRY ME A RIVER

Learn a skill that’s more useful than bring plates and liquids to a table and you will get paid more.

If you can be replaced by a Kiosk or an iPad, you probably are barely worth the $2.13/hr your employer is legally obligated to pay you.

Okay, let me take a deep breath here, because that shit pisses me off. First off, he chicken shitted out and changed the comment so you can’t see it on his page anymore. (God bless screen shots.) Unless Chris Payne is going to hop, skip and jump into the senate and create some miracle law where servers are paid $23 an hour, he needs to face the fact that we live in a country where servers depend on tips for their wages. Besides, you know this pie face would be the first one to complain when his order of Crispy Brewhouse Chicken at Applebee’s would cost 20% more. Secondly, if everyone who currently works in a restaurant suddenly learned a “more useful skill,” who the fuck does he think is going to bring him his goddamn Salsa Verde Beef Nachos with extra spicy queso blanco that matches his pasty white skin? Thirdly, we servers are rightfully going to complain when we don’t get the tip we deserve. I have never said that we deserve a tip when we give bad service. All I have ever said is that when we do our job well, we expect the customer to fulfill the social obligation of tipping. It is a social contract that you “sign” when you decide to go to a restaurant and have someone cook your food, carry it to you and then clean up afterwards. It’s a luxury to go out to eat. It is not a luxury to be a server. Therefore, tip us.

None of us have to worry that Chris Payne will ever make it to the senate. He ran in 2014 and got just 1.5% of the vote, which is probably more than he tips. I just wanted to bring his views to the attention of anyone who reads this blog so that if you happen to see him in your section you will know that he will not be leaving you a tip. You, in turn, can then feel free to crop dust him until your bowels are empty of all noxious fumes. If he asks for more bread, tell him he’s probably had enough because his face already looks like an open faced sandwich. If he complains that his vegetables are dry, tell him to wipe some of that oil off his forehead with a bev nap and wring it out onto his broccoli.

If you want to let him know your thoughts on his views about servers, here is a link to his Facebook page. (It looks like all comments must be approved by a moderator, so I doubt anything you write will ever get posted.)

Good luck with the KY senate race, Chris Payne. And speaking of KY, you’re gonna need it because you’re gonna get fucked. 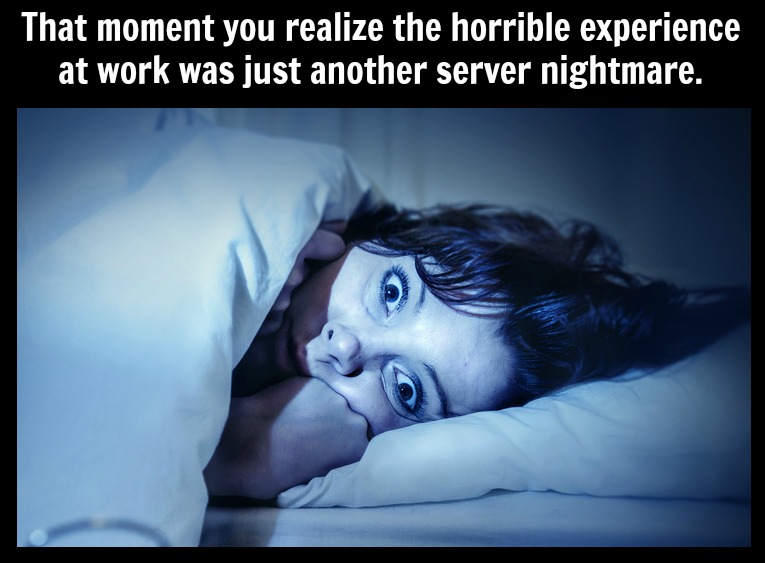