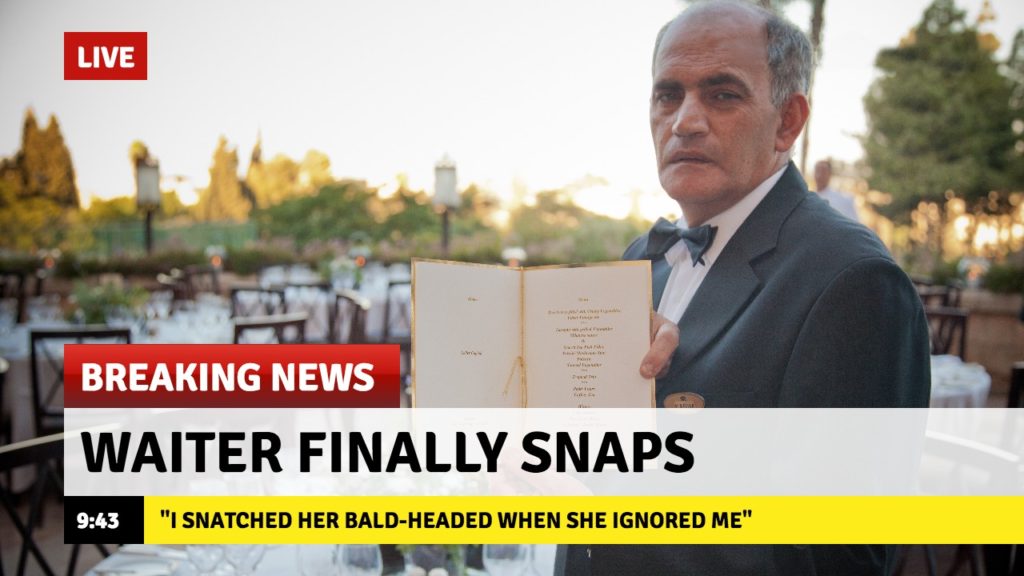 Police in Savannah, Georgia have decided to drop the charges against 58-year-old waiter Antonio Babasto who admitted to “snatching a woman bald-headed” after she repeatedly ignored him as he tried to do his job. Last month at the popular riverside eatery Lampposts, Babasto approached his customer, 42 year-old Linda Dixschlapper to tell her the specials of the day and see what she would like to drink.

“I asked her how she was and she just answered Diet Coke,” claims the veteran server. “That kind of thing just really irks me, but I let it go.” Throughout the course of the meal, the woman continued to ignore Babastio who was simply asking her how her food was and if she needed any refills. Says Babasto, “She acted like I wasn’t even there. After a while, I decided to make it a game and see how nice I could be to her just to try to get her to respond to me. But she never did. That’s why I snatched her bald-headed.”

The final straw, according to a co-worker who wished to remain anonymous, was when Dixschlapper snapped her fingers at her server because she needed more complimentary bread. “It’s like it was the first time she had even acknowledged him and it was just so (expletive) rude, you know?”

Babasto snapped. He went to the table and proceeded to pull at her hair until she was completely bald. A witness says that the woman was in shock and didn’t even defend herself while the waiter went ballistic. “Tufts of her hair were flying through the air all over the restaurant. There was so much hair everywhere that other customers started asking to get their food comped because they all found hair in their food.”

Police were called to the scene as well as an emergency hairstylist. Babasto was arrested and charged with aggravated assault while the hairstylist deemed this a lost cause. “That bitch just gonna have to wait ‘till her hair grows back,” said Antoine Marsais, owner of local hair salon, Hair It Is.

Dixschlapper was last seen stuffing bread into her purse and wrapping a scarf over her head as she headed back to her parked car. Police decided to drop the charges after hearing the complete story. Police Chief Rory Cobb released the following statement:

After much thought, we feel that Mr. Babasto acted within reason. Ms. Dixschlapper treated him very poorly and it is understood why he did what he did. Mr. Babasto has agreed to buy her four scarves and three hats so that each day she can cover her head until her hair grows back. While he regrets that the situation went as far as it did, he does not feel the need to apologize. We agree with him. 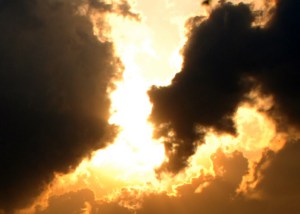