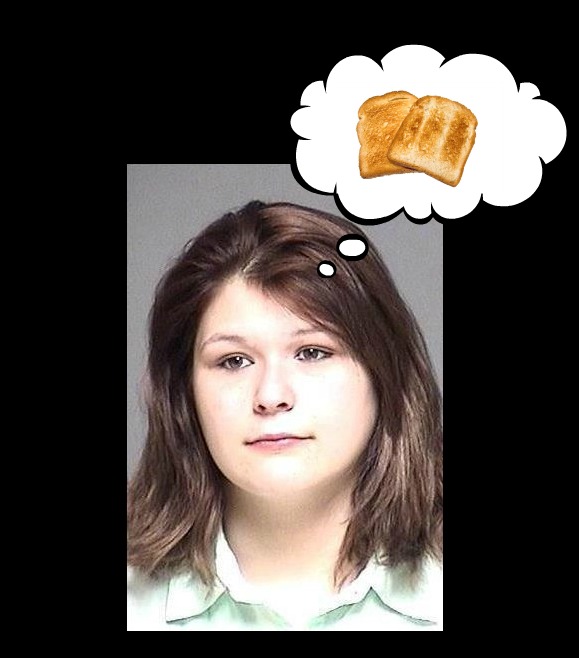 I’m pretty sure that anyone who rolls into a Denny’s at 2:00 AM has probably already done their fair share of drinking that night. After all, once you’ve sucked down a few Cosmos, some sangria, a Slippery Nipple or two and some Jäger shots, the only way your night is going to get any better is to have a goddamn All-American Slam®. (Warning: it will taste the same coming out as it did going in.)

That’s what 21-year-old Tory Schmidt tried to do this week and it did not go well. After waiting too long for her toast at a Denny’s in Rochester, Minnesota, she began to complain to her server. Not just in your average, everyday “excuse me, but my toast is taking too long” kind of way, but in that way that only happens at Denny’s with a customer who has a gut full of liquor. Of course, the cops were called because it’s Denny’s at two in the morning and if a squad car didn’t show up there one night, people would think it was odd.

When they arrived, Tory was all, “Officers, I demand that you arrest my waitress for not bringing out my toast!” and the cops were all, “Bitch you done broke our breathalyzer machine and it’s still in the car.” She was arrested for disorderly conduct.

So Tory sounds like the worst customer at Denny’s this week, but at least she didn’t show up with this: 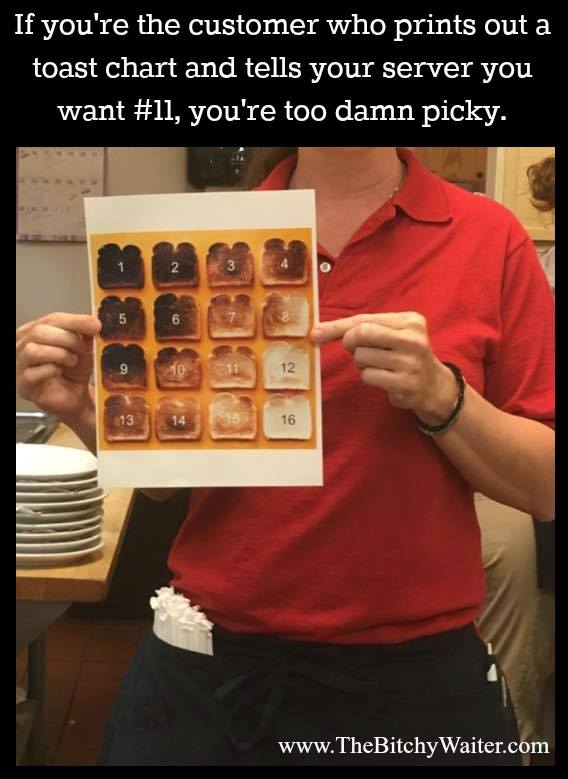