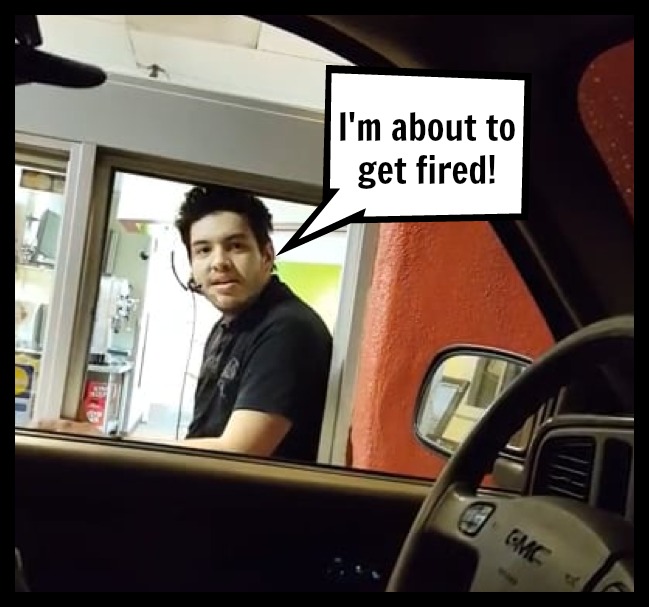 Social media strikes again, y’all. A food service worker was fired when he went off on a couple of his customers at the drive-thru at a Del Taco. As he cussed, gave them the finger and called them names, the couple filmed it all in their cell phone. We don’t know the full story, but it sounds like Mr. and Mrs. Cell Phone didn’t get one of their sauces and that caused the guy to lose his Del Taco Cool. When they warned him that he would probably be fired for his outburst, the guy replied, “My dad’s actually the fucking owner so good luck with that.”

Turns out, they had pretty good luck because he was fired after Del Taco released a statement:

“We strive to provide a positive guest experience at all of our restaurants and were appalled by this behavior as it is not representative of our high guest service standards. We took this incident very seriously and addressed it with the location’s franchisee, who took definitive action by terminating the employee immediately.”

Listen people. In this day and age of ubiquitous cell phone use, every single thing you do that is potentially offensive or annoying to others is going ti be recorded by someone. Just last week, I filmed a bitch on the q32 bus who was eating a huge portion of disgusting-smelling Chines food. Why did I film it? Because I have a cell phone and that’s what people do, that’s why. Bottom line to food-service workers: keep your fucking cool. Save your frustrations and funnel them into for something positive like a blog. That’s what I did and look how far it’s gotten me! (Full disclosure: yes, I still wait tables…) This Dude has a smile on his face the whole time he is self-destructing which means one of two things: he either acts this way all the time so it’s completely normal for him OR he’s stoned off his ass. Perhaps it’s a combination of both.

I always want to side with the food-service worker, but in this case I don’t think I can. We just can’t treat customers this way. We don’t know what happened before the camera started recording, so maybe the customer was a real asshole about not getting his sauce. The real crime is how the video was shot. Vertical?? C’mon, people. Turn your goddamn phone sideways and use it in horizon mode! 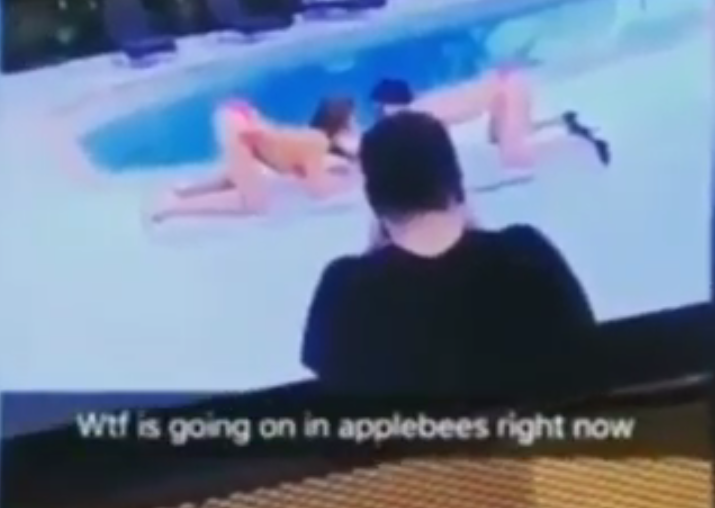