Home
/
Uncategorized
/
The One Thing Parents Need To Do With Their Kids in Restaurants: 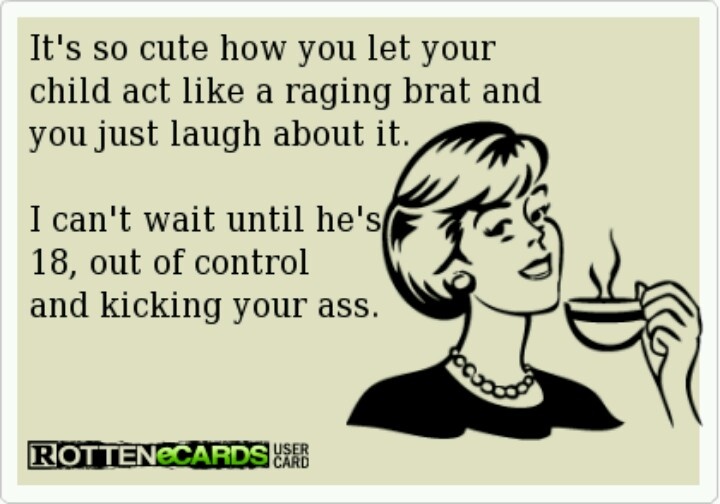 The blog post I am about to write is not my first one about children and we all know it will certainly not be my last one unless destiny reaches down from the heavens and makes me breathe my last breath today. Actually, this post is more about the parents and how I am in desperate need of them to grow some fucking balls and learn how to reprimand their children and accept that if they do, their kids might be upset with them. Stop using me as your bad cop. I may not care about your kids, but that doesn’t mean that I want to be the one to teach them manners.

I’m sure the following scenario, or one very similar to it, has happened to all of us:

Some little half-pint asshole is running through the restaurant like a chicken with his head up its ass. The parents are too busy to control the little hellion because they are downing Sidecars and Old Fashioneds in order to numb their senses and forget the day they thought it was a good idea to have sex without a condom. As Mom slurps down the last ounce of brandy and sucks on an ice cube and Dad tries to squeeze out one more drop of bourbon from a muddled orange slice, their child is three booths away having a conversation with another couple who just want to have a night away from their own kids. As the child slowly meanders closer to its semi-drunk parents, it is distracted by the iPhone it is holding. The child promptly sits on the floor in the middle of the dining room in order to play whatever stupid fucking game was downloaded on its behalf. This is when a server, holding tray of food, walks from the kitchen and narrowly misses the drooling pile of three-foot high human. When the server stumbles slightly and barely saves the food on the tray, the Mom looks up with her glazed-over eyeballs and sees that it was her offspring that was the cause of the potential disaster. She finally springs into action, albeit slower than a sloth on antihistamines.

“Crotch Fruit, sweetie? Time for you to come sit down. Our food is here.” she slurs.

The child makes its way to the parents as the server is placing the plates onto the table.

“You have to sit down at the table because you were almost in our waiter’s way. If you keep running around the restaurant like that, you’re going to make him mad, isn’t that right Mr. Waiter?”

Okay, this pisses me off. Don’t put me in the position of being the bad guy because you can’t take the responsibility that comes with being a demanding parent. Why do so many parents ask that their children to do something in order to please some person that the child does not even know? I hear it all the time: “Asshole, Jr., you better stop screaming or the pilot is going to get upset with you and kick you off the airplane” or “Vaginal Surplus, if you don’t straighten up right now, the supermarket lady is never going to let you come grocery shopping with me again.”

How about, parents, you say something like this to your kids: “If you don’t stop acting like a damn fool, I am going to be pissed off. Me, your parent. I’m the only one you should be trying to please and I don’t give a shit if Mr. Waiter, the pilot or Supermarket Lady is upset with you. They can’t punish you, but I can. Listen to what I tell you and do as I say because I’m your goddamn parent and if you don’t like it when I’m mad at you, tough fucking titty.” Or something like that.

My point is that I don’t like when parents try to make me enforce rules so they can get the behavior they want from their child and still smell like a rose when I end up looking like the asshole and smelling like fajitas. Do your job, parents. It’s a hard job and thank you for doing it, but enough with the trying to make it look like I am the one who wants them to act like civilized human beings. You want it too and it might be a good thing if your kids know that. Be a parent so I can be your server. 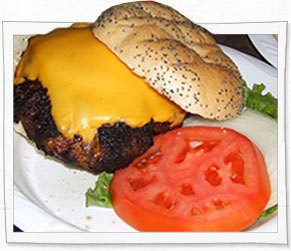