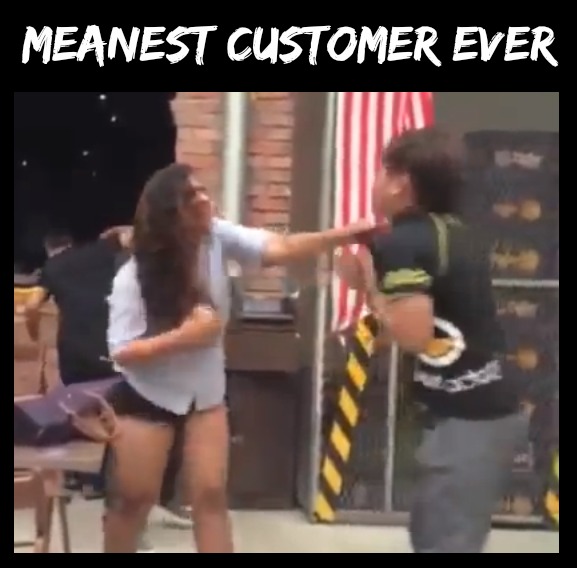 I do not condone violence, for I am a lover, not a fighter. The last time I went to fisticuffs was in the fifth grade when I met Gabriel Chapa after school and we had a fight because I thought he was getting on too many people’s nerves and wanted to bring him down a peg. We were caught by teachers thirty seconds into our brawl and we both ended up in the principal’s office getting three pops with a paddle. (Hey, it was 1978 and corporal punishment was no big deal.) Nor do I ever think it is right for a man to strike a woman. Ever.

This video has made me seriously question whether or not I would have been able to restrain my hand from flying through the air and making contact with the face of one of these horrible women who are really upset about the lack of Guinness beer. Knowing me, I would have produced a full on, open-palmed slap of All My Children proportions and then the woman would punch me in the face with a fist, sending me to the floor crying like a baby. The only good thing that could come out of that would be that she knocks the teeth out of my head and I would get to go to the dentist and get some new ones, preferably the straight white kind as opposed to the yellow crooked ones that I am blessed with now.

Still, if I was their server, I don’t know if I would have been able to be as calm as the guys in the video. These bitches really push the boundaries. Good job to the men who show greater reserve than I would have.

Update: According to this article, the video was staged for publicity. Thank God those women are not for real.


Now read one of these lame-ass posts:

25 thoughts on “Meanest Customer In the History of Serving”