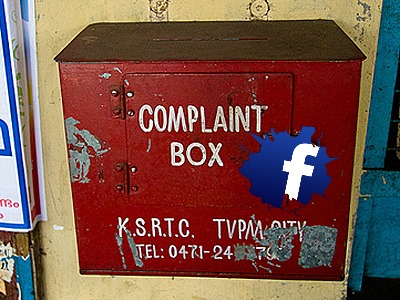 I fell into a deep dark hole last night that I had a very difficult time pulling myself out of. I’m not talking about the camel toe that was happening at Table 4. I’m talking about reading the comments on the Facebook pages of major chain restaurants. They are hilarious. If you are in need of a way to kill at least an hour of your time, by all means, follow my example. There was a time when if a customer had an issue with their meal or service in a restaurant, they simply told their server or asked to speak to a manager. They would have a face to face conversation; the customer explaining their issue and the staff coming up with a solution. Times have changed and it seems that the way people are most comfortable complaining nowadays is via a Facebook Page. AND USING THE CAPS LOCK BUTTON TOO. I guess it’s just easier to go to Facebook than it is to speak to a human being.

I started with Chili’s. The main thing I noticed about the Chili’s Facebook Page is that there are a lot of people in Kaufman, Texas who want a Chili’s in their town. Post after post is from sad individuals in Texas who are craving some crappy food from Sysco.

Poor Cari. She probably only has Pizza Hut, Applebee’s and Sonic to satisfy her urge for sub-par food from a chain restaurant.

Some people are on the page to compliment Chili’s, like Tara who loves the new look at her local Chili’s and is probably taking notes so that she can spruce up her home. No HGTV for Tara. She’s got Chili’s!

Most people want to complain though. For instance, Mary is very upset about something that probably has ruined her whole entire life.

How can a happy hour be anything but depressing as hell without White Zinfandel? The humanity, Chili’s, my God!

And what about good ol’ David who just wants what’s coming to him. All he wants is his fair share.

After I grew tired of the whining about Chili’s I went to the Facebook Page of Applebee’s for even more entertainment. The first comment that caught my eye was that of Mary Elizabeth who apparently does not know what the mute button is for on her remote control.

Ironic, isn’t it, that she is complaining about “nails on a chalkboard” by using all caps which is the Internet equivalent?

And what about Jessi who practically had her child’s birthday ruined when the servers wouldn’t sing happy birthday to him? I can imagine that Jessi’s server went to the kitchen and yelled out those dreaded four words, “I need birthday singers” and the servers all scattered like roaches when you turn on the kitchen light in the middle of the night.

I do agree with Jessi that it was shameful that the server dropped half of the dessert on the floor and left it there without offering a replacement. However, I think the first indication that her child’s birthday was going to be shitty was when she pulled into the parking lot of Applebee’s.

Jennifer went to the Facebook page to let them know that she has officially given up on Applebee’s.

With that many poor experiences at an Applebee’s you would think she would have given up a long time ago, but Jennifer is not a quitter. She likes to make sure something really really sucks ass before she decides to give up on it. Cold food, hair in the food, raw chicken? No big deal, but I guess the bad service was just the straw that broke the camel toe’s back. However, it looks like the Guest Relations Team is going to send Jennifer a coupon to give them one last chance to prove to her that they deserve her respect. If I know Jennifer, (and I totally don’t) she will go back to Applebee’s as soon as she gets that $5 coupon.

I think my favorite thing about all the posts on these pages is that Facebook lets me embed them on my very own blog so that people who read my blog can interact directly with Chili’s and Applebee’s customers. Ah, technology. Feel free to add your comments to the Facebook posts. It’s fun, but beware: if you start to read all the complaints, you will quickly lose two hours of your day and some of your brain cells will rot away as you try to understand what some of them are saying. If you’re like me, and have very few brain cells left,  you might want to save them. However, the sheer joy I get from reading complaints on Facebook is almost worth losing a few brain cells. I’m already a dumb ass so I may as well be a dumber ass.

22 thoughts on “Facebook is the New Complaint Box For Restaurants”