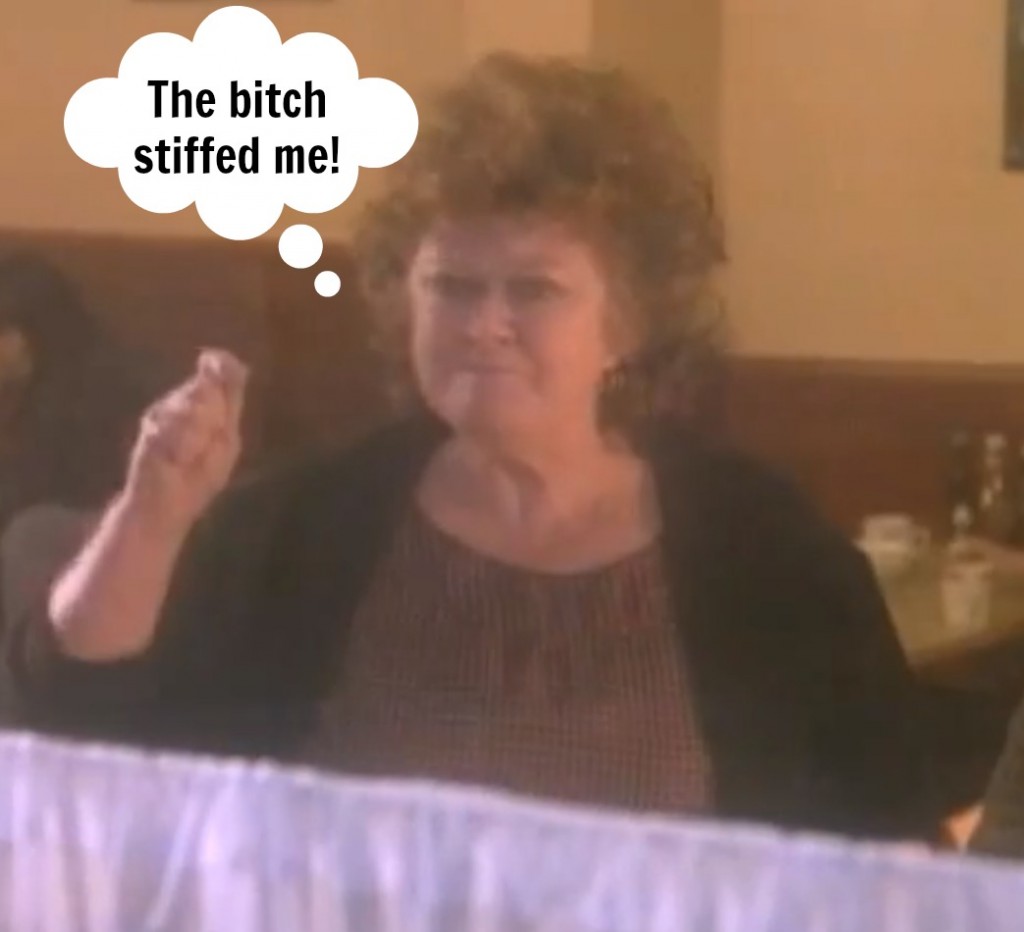 Please watch the video below before reading this blog post. It will make more sense then. Maybe. Or maybe not. Who the hell knows?  -BW

I had the most awful day at work. I went in for my usual breakfast/lunch/dinner triple shift at the Oslo Diner where we specialize in crappy ass Norwegian food that nobody ever wants. Mostly people just come in for a danish or an order of fries to kill time before their movie starts at the theater next door. Anyway, I was wrapping up my shift when this blond chickie comes in and seats herself at a four-top right next to the window.

“Well, make yourself at home, your highness,” I says to her. “You know, this table is for three or more people. What, you didn’t see the sign up there that says ‘please wait to be seated’?”

The nerve of some people. She doesn’t even respond to me. I watch her as she spreads out her newspaper and starts to read the damn comics. What kind of adult goes to a late-night diner to read the fuckin’ funny papers? When I take her coffee to her, I decide to not bring her any sweetener or milk or sugar. I throw a little skim milk in it and hope for the best. Who cares? I can tell she’s going to camp and I don’t want to give her any reason to stay. I also drop the check as soon as I give her the coffee and she gives me this fake-ass smile. I practically throw the check at her so maybe she will get the hint that I don’t want her to stick around any longer. All of my other tables are done. The restaurant is full but Magne is taking the rest of the tables. I have been at work since 6:00 AM and my dogs are barkin’.

So I goes over to the side stand to start refilling the salt and pepper shakers but I have my eye on little Miss Princess at the four-top. She’s wearing this weird billowy coat and sneakers that look sorta like high heels and has her hair is all feathered and her make-up is perfect. I recognize her lipstick shade from the Walgreen’s across the street. It’s called Frosty Rose and it ain’t cheap. It’s at least three dollars. She looks like she thinks her shit don’t stink. Well, I notice that she is making googly eyes at the newspaper, like major googly eyes. She looks like she wants to roll that newspaper up and risk getting a paper cut when she sticks it up her hoo-ha. I dunno what is wrong with this lady. She loves them funny papers. Well, I bend down for a second to adjust my support hose and when I look back over at the table, she’s gone! It’s like she disappeared!

I run over to see if she walked out on her bill and she had! I was so angry. I know it was just a cup of coffee, but it’s the principle of the thing, you know? Plus, the owner, Mr. Harket, makes me pay for walk-outs. I looked out the window and cursed at her in my head even though I didn’t see her nowhere. And of course she had left her newspaper on the table. They always do, don’t they? Well, I take that newspaper and crumple it up so hard and I am imagining that it’s her little throat. I know that everyone in the restaurant is watching me but I don’t care. I walk right over to the trash can and throw it away!

I go ahead and start finishing up my sidework and I am just about to walk out the door when I hears a crash behind the counter over by the coffee urn. I run over to see what it is and there’s Miss High and Mighty laying on the floor just staring up at the ceiling fan like it’s the most ordinary thing to do. Her face and dress is all covered with dirt or something and me and all the customers are looking at her like, “What the fuck?” I am about to tell her she owes me $1.25 for the coffee when all of a sudden she grabs the crumpled up newspaper out of the trash can and bolts out of the restaurant!

I yell out at her, “You sorry piece of moldbo!” (Mr. Harket says that word a lot and he tells me it mean “white trash” in Norwegian. That’s what he calls the dishwasher, Pål, all the time.)

I don’t know what her problem was. She just breezes in to the place, orders a coffee, disappears for a while and then ends up hiding behind the dessert counter all covered in dirt. I swear to God, I gotta get a new line of work or at least stop working the late shift. Too many freaks, I tells ya, too many freaks. 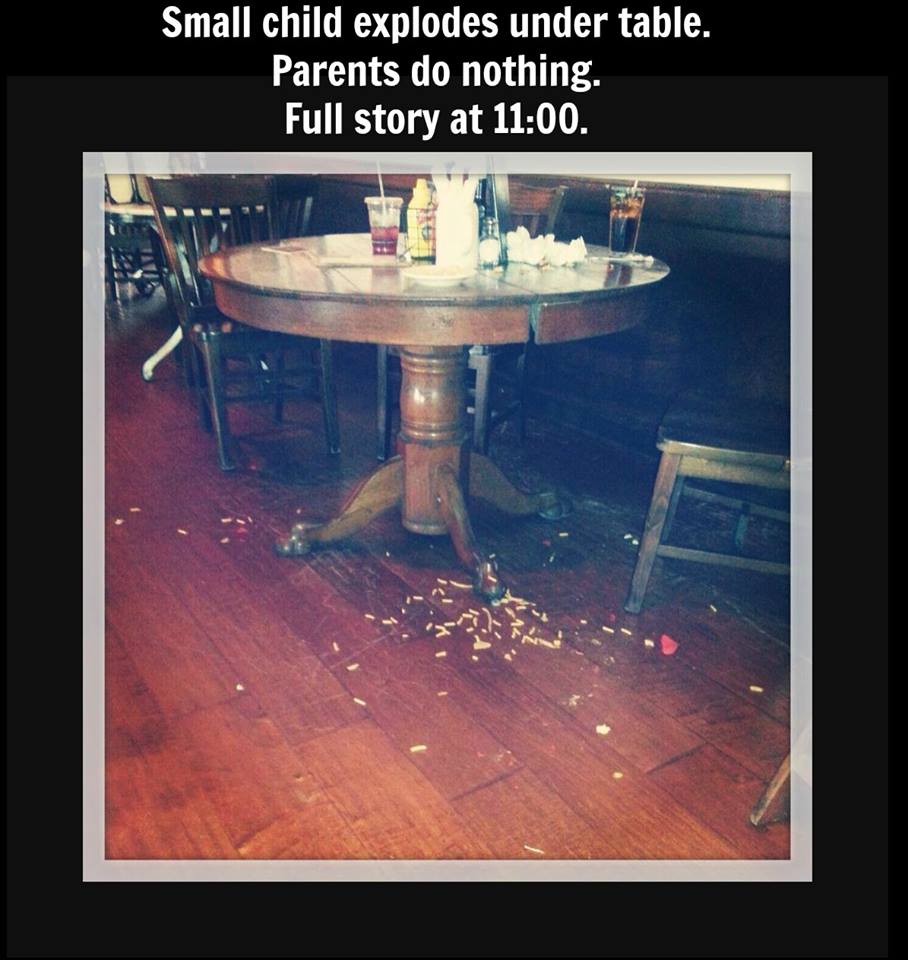