My patience was thin the other day at work. Maybe because it was my last day at that restaurant before it went 86’ed and I was filled with anger that I was given only three days notice before I was to be unemployed. Or maybe it was just the usual anger and bitterness I always have while slinging hash. Anyhoo. Table 506. On the patio despite 90+ degree temperatures and 1000% humidity. Lady asks me if we have hot chocolate. Hot chocolate? Is she freaking kidding me? I looked at her like she had a tail growing out of her ass (which she very well may have had, because she was quite obviously a snort pig). I told her yes we did even though I hate making it. Then she asked if it was the same hot chocolate that we used to have when we were the other restaurant. Again I looked at her like she had a tail growing out of her fat ass and said, “Excuse me?” She went on to tell me that we used to be known for our hot chocolate before we became this restaurant. I had to explain to the stupid bitch that that was then and this is now. That restaurant closed and now this one opened so we are two different places. She didn’t really get it. Dumb, I suppose. And unattractive. She finally ordered a hot chocolate with extra whipped cream which we don’t have. We have mascarpone. So she asked for that in her hot chocolate again proving what a dumb cow she was. If you don’t know what it is, it is NOT whipped cream. It is sort of like Italian cream cheese. Not really for hot chocolate, but for this bitch I gave it to her. It sunk to the bottom. And I didn’t care.

Then she told me she wanted toast, buttered. I told her that the toast comes out with the butter on the side so people can decide how much to put on for themselves. “Oh, can you ask them to butter it for me?” I looked at her hands to confirm that she was not deformed or limbless and told her I will ask them to but they will probably forget out of habit. “Well, it’s not too much to ask for them to butter my toast is it? I just hate buttering toast.” She said it like buttering toast was a fate worse than death. Like it was right up there with doing her laundry, peeling off wallpaper or trying to reach around her enormous girth to wipe her own ass. How terrible it is to have to butter your toast! I think it came to her buttered. I never asked. I also never asked how the hot chocolate was with the pile of cream cheese sitting at the bottom of the mug. I was moments away from being unemployed and her issues were the least of my worries. She will probably be back there three weeks from now when the restaurant is a new one and she will still be asking for shit off a menu that does not exist. 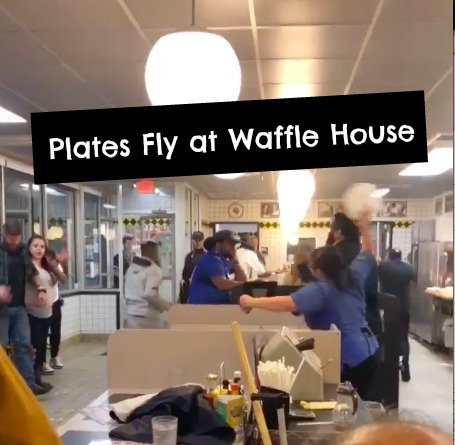