Buffets are an evil thing. I worked at a place once that had an all-you-can-eat buffet for lunch. It was really popular because people are basically pigs and want anything they can stuff in their mouths if it is included in the price. I won’t say the name of the place, but let’s just say it was the Marriott in downtown Brooklyn. Anyhoo, the price was $19.95 and it included everything that was available that day; typically two soups, three or four salads, two entrees, two sides, a carving station, fruit and desserts and breads o’ plenty. And people really took the all you can eat thing for serious. Is it really neccessary to take four rolls when you know you will maybe eat two? And why take five desserts when you really just want a bite of each one? Kids were the worst. Let me rephrase: FAT kids were the worst. I’d see so many porky piglets all jazzed up on Coca Cola waddle their fatt asses up to the dessert bar and pretty much drool on every piece of cheesecake before they decided which one they wanted to inhale. I once watched this woman pile her plate full of rolls and then she put them in her purse. She thought she was being all sneaky and shit, but I saw her. And then her husband called me over a few minutes later and asked if I wouldn’t mind bringing him a piece of bread. I told him to ask his wife because I just saw her put a baker’s dozen in her handbag. Yeah, I really said that, but then I just smiled and laughed and touched his shoulder and then they just thought I was damn charming. Dumb fucks. I ignored his request. Another time someone asked me what was included to drink on the Sunday brunch buffet. Anything basically. So he then proceeded to try to have one of every thing he could thing of just because it was included. A mimosa, a screwdriver, a champagne, a coffee, a Coke, a tea, you name it. This man was insane. By the time he got to dessert he asked if he could have a glass of milk. I gave him a pint glass of half and half. He drank it. All of it. Because it was included and it was all you can eat.

If you ever go to a buffet, take it easy. It’s all you can eat, not all you can carry home. And don’t be asking for a “to go” box. Who thinks it’s okay to take a doggie bag up to the buffet and get your dinner for that night? My standard answer for that was “you can take as much as you want with you but it has to be inside your stomach when you leave.” Smile. Laugh. Touch on the shoulder. Here is your check 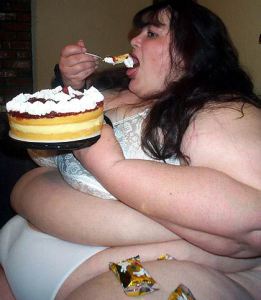