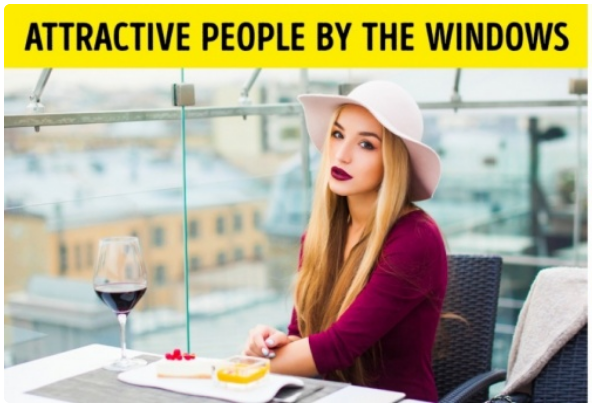 An article called “12 Tricks Used by Waiters That Most People Never Notice” was recently posted online and it is full of inaccuracies, the main one being that there aren’t even twelve tricks. Allow me to correct it:

“Golden Tables Rule”
They say that many restaurants only seat attractive people by the window or in the front of the restaurant to create a better impression and that reserved signs on tables of six might be there to keep just a couple from wanting to sit there. First off, no host or hostess is going to profile every customer who comes in to decide who is the most attractive so they can sit by the window. They don’t have time for that. Besides, most customers ask to sit by the window anyway, so is the host supposed to look them over real quick and decide if they are too ugly to have that golden table? Bullshit. That would never happen. And yes, we don’t want a two-top sitting at a table for six people. That’s not sneaky, it’s called doing business.

“The 5-Second Rule”
Only a trashy server or restaurant owner is going to pick up food from the ground and serve it. One second, five seconds or ten seconds, that’s not a “trick” servers use. It’s just the author’s assumption that we don’t care. (Full disclosure: I did that once to a piece of bread, but the guy was an asshole and deserved it. #Houlihans)

“The Waiter Deliberately Clears Away Your Plate”
Yeah, it’s kind of in our freaking job description to clear plates. We aren’t doing it in the hopes that the “empty table will embarrass the customer enough to make them order something else.” We do it because the plate is empty and that’s what we do with empty plates. Also, the faster we clear the table, the sooner the customer can get out and we can get another customer to make some more money from.

“How A Question is Posed Deprives You of a Choice”
Okay, this might be true because our goal is to sell you stuff, but we don’t do it to embarrass anyone. The writer thinks that all we want to do is shame our customers into ordering wine when we don’t care what they order as long as they do it quickly. If a waiter says, “would you like red or white wine?” and you don’t want wine, just say you don’t want it. It’s not that hard.

“Expensive Dishes Are Named Last”
So now they are saying that the French invented this little trick of rattling off a list of wines and naming the most expensive one last hoping that the customer will simply order the last one they heard. I have never done that. If a customer is unsure of what they want and just order the last thing they heard, that customer needs to develop a sense of confidence and the ability to read a menu so that can make an educated decision.

“Tricks in the Menu”
I don’t even know what the hell they are talking about here: “the prices may be per 100g of food, but the actual dish will contain more than 100g.” Umm, what? Does anyone have a menu that prices food by the gram? Is that a thing? And the free snacks at the bar that might make customers more thirsty so they’ll order more to drink is just another example of good business. If they really want to give folks an educational tool, tell them to not eat that shit. The germs in those bowls of nuts are pretty horrific.

“A Little About the Music”
Okay, this one is fucking stupid: “the louder the music, the greater the chances you’ll start to move subconsciously to its rhythm and eat faster” so that’s why we won’t turn it down. No, no, no. If I have Katy Perry blaring in the background, it’s for two reasons; I like the song and I want to drown out my customers’ incessant whining. I am not expecting you to chew your quesadilla to the beat of “I Kissed a Girl.”

They end the article with some tricks that we supposedly use regarding cocktails and beer:

Please go to this article and tell them how truly misleading and irresponsible it is.