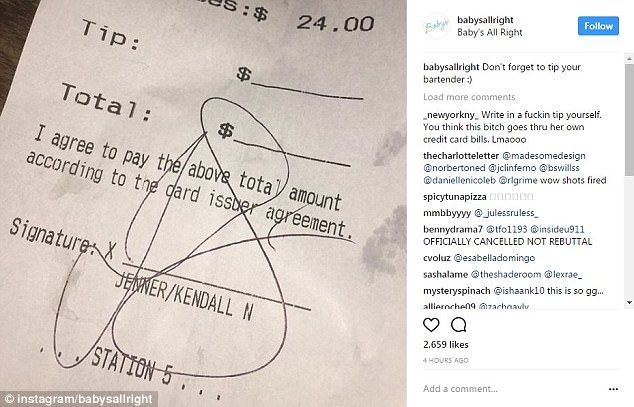 Kendall Jenner, that 21-year-old who is famous for being the sister of someone else who has no reason to be famous, was in the news this week for supposedly stiffing a bartender in Brooklyn. It seems that Kendall was being super cool and hip at a Williamsburg Brooklyn bar called Baby’s All Right. Her bill was $24 and the bar posted a photo on their Instagram of the receipt that showed she left no tip. The caption: Don’t forget to tip your bartender.

Of course the photo went viral because everyone is always looking for another reason to hate on a Kardashian even though this one is a Jenner. Not like it matters. All of those girls are cut from the same cloth and it’s a fabric found in the discount bin at Mood. Kim, Khloe, Kourtey, Kendall, Kylie, Kale, Klennex…whatever. So Kendall stiffed someone and it went viral which is kinda how her sister got famous in the first place, right? People were pissed off because she’s supposedly worth about $36 million, but she couldn’t be bothered to write in a 20% tip for a couple of drinks?

Well, eventually the post on the bar’s Instagram was deleted leading people to believe that maybe she did tip. And then Kendall herself used her hands for something other than putting on lipstick and Tweeted out a response:

damn, i guess next time we won’t tip in cash https://t.co/iZ4tFt3pg7

So now here we are: did she tip or did she not tip? She was in the news a couple of years ago for supposedly throwing money at a waitress’s face so we know she might not be the best customer to have sit in our section. On the other hand, she literally has money falling out of her bleached asshole so why wouldn’t she tip on a $24 check? Then again, does someone like her even bother carrying five dollar bills that would cover a tip for that amount?

And shame on me for writing an article about Kendall fucking Jenner. 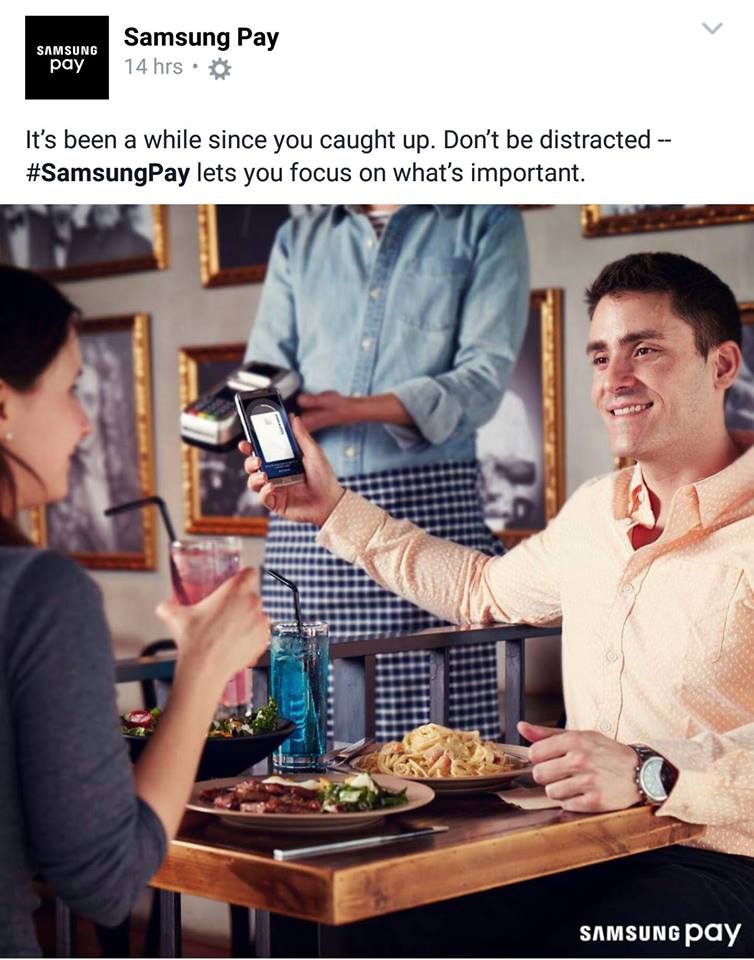