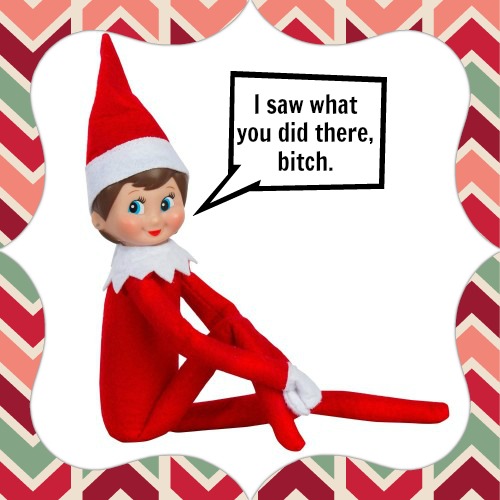 Hey, everybody. My name is Spunk and I’m am Elf on the Shelf. You’re probably thinking that Spunk is short for Spunky since I’m so full of energy and such a go-getter. Well, you’d be wrong. They call me Spunk because when I was in college at the North Pole (actually, it was just a vocational school where they taught us to make Jack in the Boxes) I got really drunk one night on mulled wine and ended up on the receiving end of a reindeer train, if you know what I mean. From that moment on, Rudolph and Blitzen called me Spunk. It’s short for Spunk All Over My Face. They’re assholes. Anyhoo, most of you probably know me from sitting around on various shelves being all creepy and shit as I spy on children to report to Santa. It’s not the best job, but I wasn’t good at making toys and the only other job I was qualified for was a Reindeer Handler and after that night with Rudolph, I never want to handle another reindeer for as long as I live. So, I sit on shelves and judge people. Most everyone assumes I only watch children, but I’ve been watching you servers too and I took a few notes that some of you might want to pay attention to.

Tamara in Houston, Texas: I saw you grab a dirty spoon and use it for Table 106’s coffee. I know you didn’t want to wait for the dishwasher to run some more silver, but you can’t do that. It’s nasty and I told Santa so you can forget about getting anything from Victoria’s Secret because I’m pretty sure you’re getting a big ass lump of coal.

Gary in Denver, Colorado: I saw you pocket that extra $20 bill last week. You work in a pooled house, asshole. It’s only you, the bartender and another server and they’re both honest. You can’t steal tips in a pooled house, Gary. I told Santa what happened and he told me to tell you that you were already on the naughty list for just being an asshole in general. Thought you should know.

Terri in Quonochontaug, Rhode Island: Last month, you gave someone regular coffee who asked for decaf. Don’t worry, she didn’t die or anything, but she did stay awake all night. She didn’t fall asleep until 5:30 the next morning and then she slept though her alarm and ended up getting to her job at Wal-Mart an hour late. She was on probation for tardiness and that was her last chance. She got fired, couldn’t find another job, wasn’t able to pay her rent and now she lives in her car in a Stop & Shop parking lot. I hope you’re happy, Terri. Santa was going to give you a flat screen TV, for Christmas, but now you’re getting one of his farts in a Ziplock baggie.

Katharine in Brooklyn, New York: Wash your fucking hands, bitch. You see the sign in the bathroom that tells you to do it, but you blatantly ignore it and once you even gave it the finger. Really, Katharine? You’re giving the finger to a sign? Grow up. And enjoy the sound of Santa as he flies right past your chimney on Christmas Eve. When he calls out “ho, ho, ho,” he’s going to be referring to you and your two roommates.

Ron in Portland, Oregon: Remember that man who told you he was deathly allergic to peanuts and he ordered the Chinese Chicken Salad with no peanuts to go? Well, you left off the peanuts, but you forgot that the dressing had peanuts in it too. That man died, Ron. His throat swelled up and he died thirty seconds after taking his first bite. He didn’t even have time to get his EpiPen® out of his pocket. And for that, you will not get anything for Christmas except a lifetime supply of Cracker Jacks so that every time you see a peanut you will remember how important it is to take allergies seriously. Also, Rudolph and Blitzen will be paying you a visit on December 26th so be ready. Buy lube. A lot of it.

Marlene in Jersey City, New Jersey: We all know you like your hair, but you need to wear it in a ponytail. A few days ago, when that woman found a hair in her gravy, you knew it was yours and you lied. You blamed it on the cook and the woman believed you. She was really grossed out by the whole thing, because the hair was in her mouth when she found it. She pulled it slowly and it just kept on coming and coming. (Just like Rudolph and Blitzen…) Ordinarily, I would tell Santa how you have no respect for the rules, but that woman was a bitch. She deserved that hair and more, so your secret is safe with me, Marlene. You will still be getting a crate of vodka for Christmas.

Merry Christmas, everyone. In just a few days, my job will be on hiatus and I will be on vacation in Palm Springs. If I can find a job there, I might stay because I can no longer take the horrible abuse from those damn reindeer. Not only did Rudolph and Blitzen violate me on multiple occasions, Dasher and Dancer chopped off my feet. I fucking hate reindeer games. 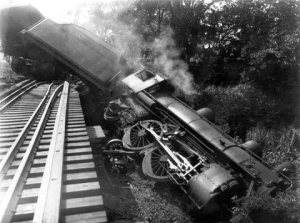