Sometimes people think that when they come into the restaurant they are in their own kitchen and I am their personal chef for the day. No bitch, that is not how it works. We have this thing called a menu. M-E-N-U. It is this really great idea that someone came up with that tells you what we have to offer. You should read it. Someone was paid to create it and make it and print it. And then that girl at the front who showed you to your table gave you one for you to look at it. It is not for your devil spawn children to draw in or for you to use to flag me down. It is for you to choose what you want to eat. Some ass came in the other day and threw himself into a booth without being seated. Then he complained the table was sticky with syrup. (He HOPES it was syrup.) So he didn’t have a menu and he ordered a chicken parmesan. Seriously? Does this look Bella Italia or The Olive Garden? No, ass, we are a diner. Burgers, salads, meatloaf. I ain’t got no fucking eggplant rollatini so don’t ask for that shit either. So I told him we don’t have it. “What, you out of that today?” I suggested that he order two fried eggs with hash browns and toast because that is what we do. Or maybe a burger with a side of pubic hair because that is what he was about to get. This other douche bag came in last week and started ordering all this ala carte crap without looking at the menu. He ordered two eggs just like his friends. Fine. That comes with hash browns and toast. Then he says he wants French Toast too. Okay, we have that. And then he wants sausage. And coffee. And orange juice. It all came out, he ate it and then got his bill and had a fucking pissy bitch fit. He wants to know how three orders of eggs can cost more than twenty dollars. I told him it was simple mathematics. One order is $6.95 and when you multiply that by three it comes out to more than twenty dollars. See? It’s easy, douche! He thought there was a better way I could have rung up his food so he did not have to pay for everything. I took him a menu. MENU! I showed him each thing he ordered. I asked him, “Is that what you had? Did it come to your table? Did you eat it all?” He answered yes to all these things. Then here is your bill. End of story. Read the fucking menu people and make both our lives a little easier, but I will still want to drop pubes in your burger, just so you know.
CLICK HERE TO FOLLOW THIS BLOG 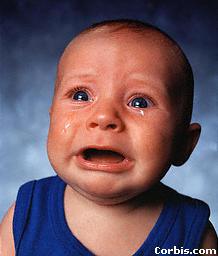 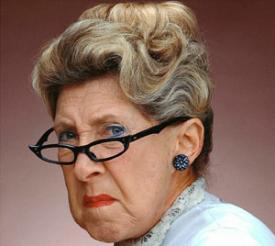