Not only do I have the joy of serving food in a restaurant, sometimes I get to do it as a cater waiter. The best thing about these gigs is that the food is what it is. There is no ordering and if they don’t like what we have, they can suck my left nut instead. Last night I was serving at this low-rent holiday office party affair where their budget was obviously really shitty. I worked the same event last year and they had a full bar with a huge buffet with tons of food. This year they cut the budget in half. I am sure that today at work they were all talking about how lame the holiday party was this year. They all showed up ready to chow down and all they got was my ass passing around a plate of mini grilled cheeses and some Pepperidge Farm cookies that got cut up and thrown on a plate with a flower. They was not happy. There is always one fat bitch who will knock people over in order to get to the tray of food and I found her right away. She hovered her fat ass right next to the kitchen door so she could grab whatever was on the tray. Seriously. She put something in her mouth and started chewing it and THEN asked me what it was. Lucky for her it was food, but for all she knew it was a used up condom on a cracker. Bitch was hungry. At the end of the night she was sitting at a table (because her legs were tired of supporting her huge ass) and she let her muffin top plop over her pants. It was clearly visible because she thought it was wise to wear a halter top. In December. On the East Coast. Another bitchy waiter acted like he was being nice to her and brought her a plate full of mini-donuts that were filled with Bavarian Cream and put it right in front of her. We wanted to see how many she would shovel in her mouth. Turns out, most of them. I think the other people at the table wanted a donut too but were scared to reach out for it in case she accidentally ate their arms off. Another lady grabbed me to ask me when the “real food” was coming out. I told her that this is all the food that is coming and it is in fact “real.” She went on to inform me that she had not seen any food being passed and she needed food because she was pregnant with twins and had not eaten all day. It’s my problem that bitch got knocked up with twins and then failed to eat breakfast or lunch? I let her know that the food is being devoured by Hungry Hungry Hippo over there next to the kitchen door. Pregnant lady tells me “Well I guess I will just wait by the kitchen door too, then!” Too bad she didn’t know there were two kitchen doors, because I went right into the kitchen and told everyone to only use the back door for the next half hour. Hopefully she did not die of starvation. Or maybe one of the twins could have just eaten the other twin for nourishment. Do we really need another set of twins in the world anyway?
Tweet Pin It 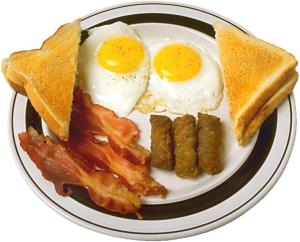