Home
/
Uncategorized
/
Can Christians Please Stop With The Religious Pamphlets For Tips? 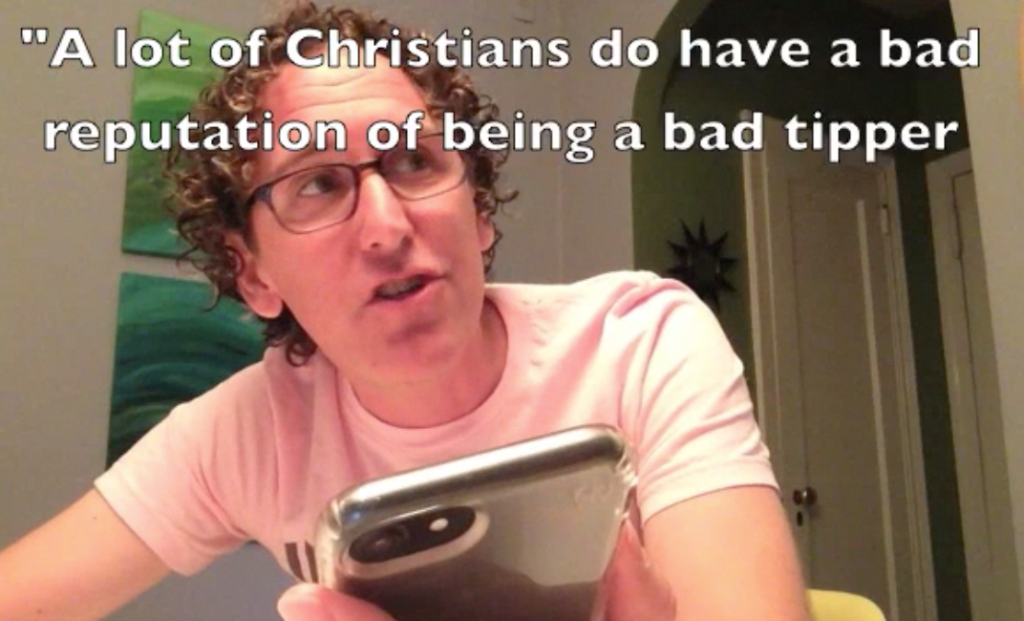 Well, it happened to another server: instead of an actual tip that could be used to pay for rent and groceries, they received a religious pamphlet explaining the virtues of Christianity. We’ve all gotten them and we all hate them, especially if it’s the only tip on the table. A good soul might get you into heaven, but it won’t satisfy your landlord. 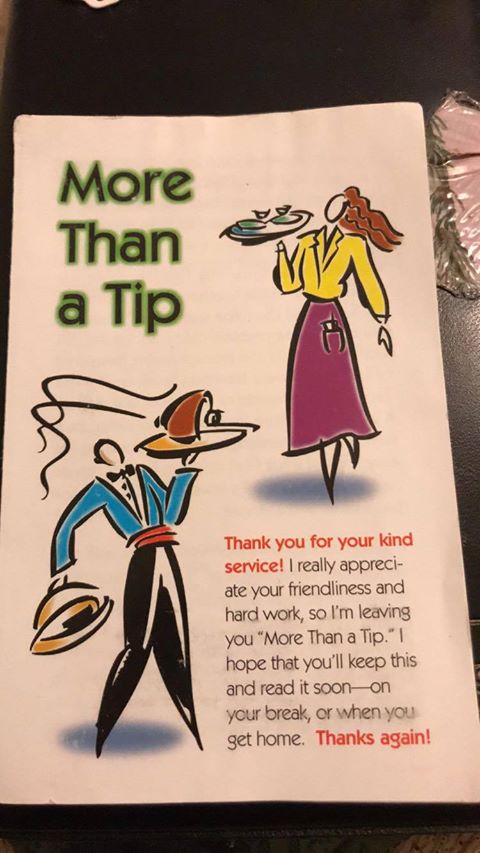 The server who received this “tip” sent it to me and the big surprise with this flyer is that it had the name and address of the church on the back of it. So I called them and recorded the conversation:

I won’t post the name and address of the church because I don’t want to be accused of harassment or cyber bullying again, but I did want them to know that they can spread the word of god all over the place and they can leave as many flyers as they want to, but servers need money too. It’s not okay to leave a piece of paper in lieu of a tip.

The inside was full of bible verses: 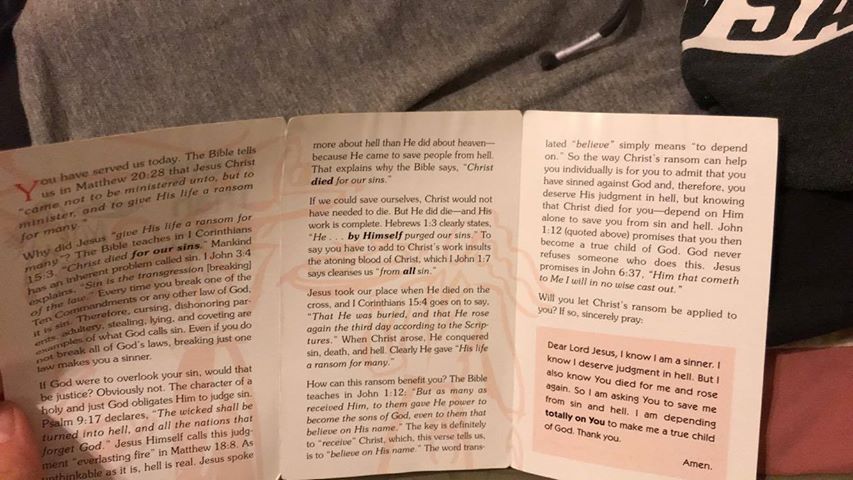 2 Corinthians 9:7
Each of you should give what you have decided in your heart to give, not reluctantly or under compulsion, for God loves a cheerful giver.

In other words, the more you give, the more God will love you. So if you’re going to give your waiter some paper as a tip, make sure it has a picture of one of our forefathers on it, preferably Abraham Lincoln, Alexander Hamilton or Andrew Jackson. If you’re going to leave bills with George Washington on them, more is better than one.

Hebrews 13:2
Do not neglect to show hospitality to strangers, for by this some have entertained angels without knowing it.

In other words, the person you are leaving a flyer for may already be a Christian or just straight up a better person than you, Christian or otherwise.

Proverbs 11:20
They that are of fraudulent heart are abomination to the Lord.

In other words, don’t leave the flyers that look like money, because that’s just rude and misleading.

I doubt my phone call will make any difference in the world, but it did feel good to let someone at the church know how servers feel when we get these as tips. 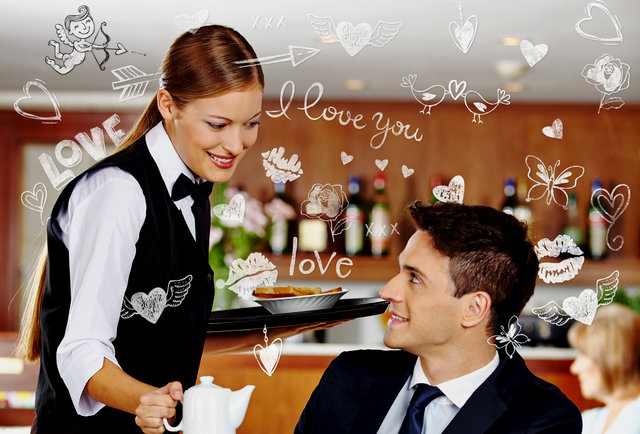