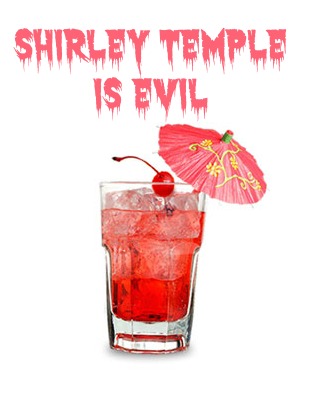 Some of our regulars come into the restaurant a mere three minutes after we unlock the doors. It’s never easy to greet those first few customers, especially when you still have side work that needs to be done and your official shift drink is six long hours away. (The unofficial one is already half gone.) I like this family of three, though. They’re always nice and easy going.

“Hey, Spider-Man,” says the bartender as the four-year old zooms past us and jumps into a booth.

“I guess we’re sitting there,” says the mom as I force out a smile that is almost halfway to being genuine. “Is that alright?”

“Oh, yeah, that’s totally fine with me. Have a seat and I’ll get you some menus.”

I return to the table to see Spider-Man already engrossed in a video game on the iPad his dad had pulled from a bag. As I hand them the menus, the parents order a glass of wine and a beer. They are always quick to order since they know that the good mood of their four-year old can fade faster than my youth. His mood can turn faster than the milk I often forget to put back into the reach-in. His patience can run thinner than the Thousand Island dressing after I add a little water to it to make it last longer and keep me from having to fill it up before I leave making it suddenly become the next day’s opening sidework instead of my closing sidework. They tell me the kid is fine with water and I go to the computer to ring in their drinks.

When I head to the bar to pick up the drinks, I see that the bartender is making a Shirley Temple. He has taken two cherries and sliced them partway so that they are clinging to the edge of the glass and he has also pulled the paper wrapper off the straw and then wrapped it around the straw to form a curly-q.

“Are you sure the parents are cool with it?” I ask. “They asked for water.”

I never assume that a parent is alright with a server bringing out random sugary sweets. Maybe they are sick sadistic parents who deprive their children of sodas, cookies and Cap’n Crunch and force them to drink milk and water and only eat green leafy vegetables.

Carry the glass of fizzy pink deliciousness over to the table.

I put the drink down in from of the little boy who looks at it suspiciously like it’s some kind of trick.

“No!” he says emphatically.

The mom looks surprised, but then again, why would this boy automatically want something he has never heard of? He doesn’t know what or who a Shirley Temple is.

“I promise you will like it if you taste it. Want me to taste it first?”

So there the Shirley Temple sits, alone and unwanted, The glass is slowly beginning to condense so that water is dripping off of it. The curly-q wrapper becoming limp and finally attaching itself to the side of the wet glass. I feel bad for Shirley Temple. She just wants a little attention and the bartender went to such effort to make it special for this ungrateful child. After several minutes, I approach the table to try to convince the little boy to come over to dark side of sugary carbonated beverages.

“Okay, I guess I will just take this Shirley Temple and drink it myself. That is, unless you want it?”

The mother takes my lead. “Oh, I guess if he doesn’t want it, you can have it. It’s so delicious, but I guess he’ll never know.”

Spider-man looks up from his iPad, his eyes squinting at his mother and then me as if to determine what we are up to.

“Are you sure you don’t want to taste it?’ she asks? “Or he’s gonna take it away and have it himself.”

The boy sits up in his seat and reaches over to the glass to pull the paper off the straw. He tentatively puts his mouth to the straw and takes a slow deliberate sip of the Shirley Temple. The mother and I await the verdict as the ginger ale and grenadine make its way over his taste buds and down his throat. After what seems like an eternity, I see a spark in his eye. He furrows his brow, trying to determine what he is tasting. The corners of his mouth curl up as he raises his right arm with his fist in a ball. He smiles broadly and gives two thumbs up.

Success. I have introduced this child to the gates of Shirley Temple. He is now on the path to sugary sweets, tooth decay and childhood obesity. You’re welcome.

11 thoughts on “Open Up the Gates to Shirley Temple”