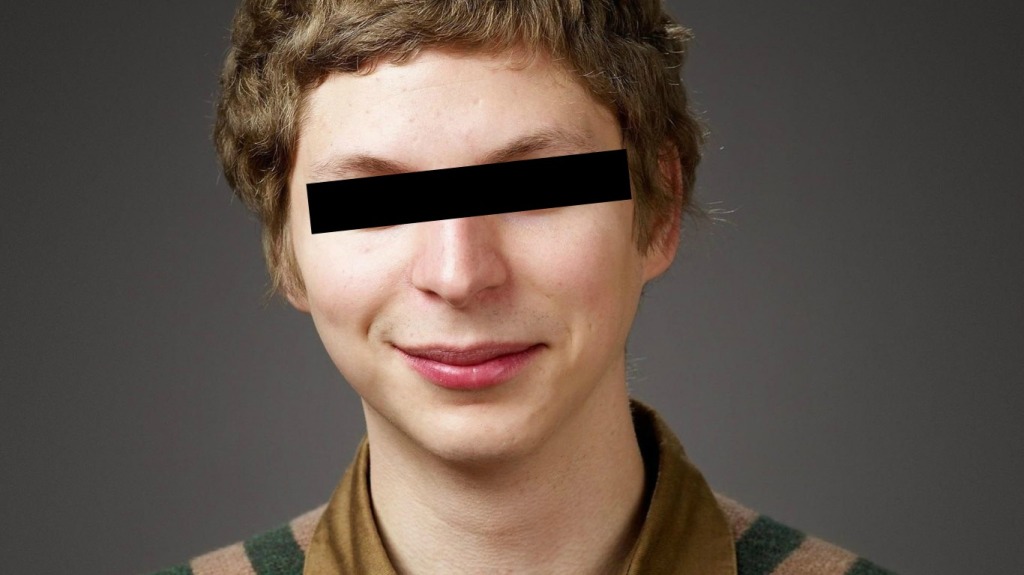 I am still on vacation and we continue with this lousy “Best of Bitchy Waiter” bullshit. Of course I have to repost this classic about Michael Cera because it is the most viewed post ever in the history of The Bitchy Waiter. It really stirred things up and made for great comments about what an asshole I am for writing about it. It really brought out the ire in people, especially chefs who said they’d rather have a famous person like Michael Cera sitting in their restaurant and playing chess than a no-talent hack blogger like me. But fuck them. I am reposting anyway.

Famous people live by their own set of rules. I don’t believe it’s necessarily because they are all horrible people but because they live in a bubble where people never tell them “no.” They probably surround themselves with “yes men” who are there simply to confirm that every decision they make is a good one even if it’s not. It’s a horrible cycle that continues because famous people are so delusional and the people around them allow it to continue.

I am going out to dinner in Brooklyn to a great place called Buttermilk Channel. They are known for their fried chicken which is served on a waffle, but me, being the purist that I am, can only enjoy fried chicken when it is of the nugget variety so I always opt for a hamburger. It is a Tuesday night and they are slammed as always. There are three of us and we put our name on the list and begin our wait. We are told it will take about fifteen minutes, but I can see that the restaurant is full of two-tops so it’s going to be a while before two two-tops leave at the same time opening up a place to push two tables together for the three of us. The bar is full as well, so we stand on the sidewalk. We are in no hurry and take the time to catch up on our lives and appreciate the late summer weather. After about twenty minutes, I see the hostess come outside with menus in hand but she escorts another group of people to their table. We continue to wait, which is fine. We understand that it is a busy night and people are sitting at all the tables and enjoying their delicious fried chicken. After another twenty minutes, it’s our turn. The hostess leads us to a table in the back of the restaurant and as we walk through the dining room, I habitually survey the situation to see how things appear to be going for those at work. All the tables are full and the servers are busy but smiling. The hostess leads us to our table but right before we get to ours, I notice something unusual. I see a four top-that has only two people at it, a man and a woman, which is a bit surprising seeing how full the restaurant is. That is not the thing that is so unusual though. The two people at the table are playing a game of chess. They have rolled out a portable plastic chess board and are in the middle of some checkmate shit.

“Who the fuck thinks it’s okay to play chess in a busy restaurant?” I ask my friends as we sit down. “And why the hell is the restaurant letting them do that? That’s fucked up.”

We sit down and look at our menus, but the conversation quickly turns back to the Bobby Fischer wannabes at the table next to us. “That’s shitty,” I say again. “They are taking up a four-top to play chess and we waited for a table for forty fuckin’ minutes. Who the hell does that shit?”

“I think I know who the hell does that shit,” says my friend Jane. “Look who that guy is.”

I focus my attention to the guy at the table and I see a young hipster-looking dude who is drinking a cappuccino and holding a rook in his hand as he stares at his rolled out chess board. He looks familiar and I try to recognize where I know him from. “Is he from our neighborhood? Did I used to work with him? Was I his babysitter once? Who is he, how do I know him?”

“Isn’t that the guy from Arrested Development?” says Jane.

At this point, Chess King says something to his Chess Queen and I instantly recognize the voice of George-Michael Bluth. Michael Cera is sitting next to us and he is taking up a four-top so that he can play fucking chess.

“We waited for forty minutes so George-Michael could play chess? Awwwww, hell no. Lemme get my phone out and take a picture of this bullshit ’cause this right here is a fucking blog post.”

I reach into my bag and tell my husband to lean over so I can make it look like I am taking a picture of him when really I just want photographic evidence of a celebrity taking advantage of his celebrity.

We watch George-Michael finish his game of chess and then we watch him start another game of chess. We are at the restaurant for an hour and when we leave, he is still playing chess. It blows me away that a restaurant would let anyone, no matter how famous they are, take a up a table for that long in a busy restaurant when they aren’t even eating. That’s what Starbucks and your own fucking living room are for. As we leave, I approach someone who works at the restaurant. (I told this person I would not give away their identity.)

“I write a blog about waiting tables. It’s called the Bitchy Waiter-”

I resist the urge to turn the conversation to more about myself and say, “About that guy playing chess at the table back there.”

“Yeah, you guys are so busy. What kind of person does that?”

“Someone who has never worked in a restaurant, that’s who.”

“He ordered mussels a couple of hours ago.”

I give my business card to the employee and promise them that this will be a blog very soon and leave the restaurant.

Michael Cera has no clue that there was anything wrong with what he was doing. In his world of celebrity, he has made it okay in his brain to use a busy restaurant as his own personal game room No one at the restaurant wanted to tell him that he needed to wrap it up because the restaurant doesn’t want to take the chance of pissing off a famous person and risking that they will never come back again. So the cycle continues. Celebrities make self-involved decisions and no one is willing to tell them otherwise. I did the same thing. I thought about giving him one of my business cards as I walked out so he could read about how his selfish behavior affects others but I didn’t. However, I did write this blog post about him and maybe, if he has a Google alert on himself like I do, he will get an email that will alert him to this blog. If you are reading this, Michael, please pay attention:

It would be fine to take up a table in a restaurant for three or more hours if you were using that table to eat. It is not cool though to sit there and play chess all night making other people have to wait even longer for a table. I suppose it could have been worse though. You could have played Risk or Monopoly and that shit would have taken even longer. No one told you what you were doing was wrong because they didn’t want to upset a famous person. But I am telling you now that it is not cool. If you want to play chess for three hours, do it where everyone else does; at your own home or at Union Square. It’s rude, famous or not, it’s rude.

I hope you will share this so perhaps it will eventually fall into the lap of Michael Cera or one of his people so he can learn the error of his ways.