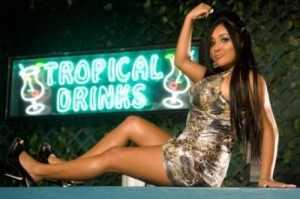 It seemed like I had a lot of money when I looked at the pile of bills on my dresser. Everyday, my tips get put into a little stack, minus the 3% that goes into an envelope for my retirement. Upon closer inspection, it turned out that the majority of the bills had George Washington on them and not Andrew Jackson. Sixty dollars looks like a lot of money when its all singles you know. Money is a fickle friend. Most of us never have enough and all of us always want more. So maybe this career choice is not the best. Then again, if I had my druthers I’d be the rich successful actor who has money to burn. How much money? Well, I came across an article on line that tells us exactly how much money our favorite (and not so favorite) actors make each week and it made me want to punch a Snooki in the face. That bitch makes $30,000 per episode for doing The Jersey Shore. How in the hell does she get paid that much each week to get drunk, pass out, and make a fool out of herself? I have been doing that for free for years. I want my back pay immediately. Has she ever had to wait tables? She may look and smell like a piece of bacon but has she ever served it? The list was depressing as hell:

Oprah Winfrey $315 million per year- we get it, Oprah. You’re rich. That bitch makes $600 a minute. That’s ten dollars a second. In the time it took me to figure out how to do that math equation, she made $9000. (Yes, it took me 15 minutes to compute that, don’t judge me.)
Charlie Sheen, Two and a Half Men $1.25 million per episode- What the hell? Isn’t he in jail right now? Or drunk or high? Snooky, is that you?
Christopher Meloni & Mariska Hargitay, Law & Order: SVU $395,000 (each) per episode- okay, I worked Law and Order once and I am pretty sure I didn’t make that much. My scene was with them and I assumed we were all getting the same pay. If you take off the three zeros and then divide by two, that was closer to my fee. Dammit, I was bamboozled by my agent.
Julie Kavner, The Simpsons $400,000- so she doesn’t even have to get dressed or comb her fucking hair to go to work because she sits in a recording studio. If I were her, I would be trying to figure out a way to phone that shit in. After 20+ years of the same job she’s probably phoning it in anyway so she may as well do it from an actual telephone.
Jon Hamm, Mad Men $100,000 per episode- Actually, I’m okay with this one. He rocks.
Scott Caan, Hawaii Five-0 $80,000 per episode- how does this happen? I have never even heard of this guy and the show hasn’t even started yet. And lemme guess, he gets to live in Hawaii while he’s “working.”
Rico Rodriguez, Modern Family $15,000 per episode- I think this is the little kid from that show. He is about 11. Yeah, that’s fair.

The biggest shock to my system though? It was when I read that Kate fucking Gosselin makes $250,000 per episode for her dumb ass reality show about her kids. No wonder she doesn’t want to give up the spotlight despite severely damaging the psyches of her litter. She’s making shitloads of cash. And we all know that if she wasn’t doing a television show she would be serving the rooty tooty fresh and fruity at the IHOP. Man, I wish I had a uterus. Then I could take advantage of my child bearing years, squeeze out a few all for the sake of reality television. And my bank account. And I could retire my apron forever. 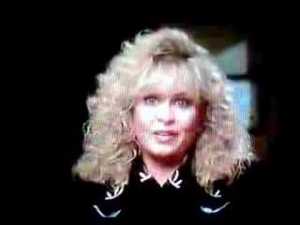 “Do you want to make more money? Of course we all do.” Does that phrase ring a bell for anyone? It’s the opening line for the commercial that iconic actress Sally Struthers did in the early 90’s for International Correspondence Schools. That shit ran all the time usually when you were watching your stories to see if Luke and Laura were going to stay together on “General Hospital.” Sally offered all of us the opportunity to learn at home and get better jobs and promotions. If you called the 1-800 number you could be on your way to an exciting career in learning the personal computer, interior decorating, child day care, gun repair, or even catering! Luckily for me, I had an innate skill for catering and gun repair so I never had to call the number. Other people who are too afraid to make the call that will change their life have to come up with other ways to make more money and I came across one of these people last week.

I was sitting on the bus in San Francisco when I heard this dumb bitch behind me yapping on her cell phone. She was jib jabbing away about things that nobody cared about but we were all forced to listen to. And then things got interesting. She started to tell her friend how she had discovered a new way to make more money at her job. I thought that maybe she wasn’t as dumb as she sounded because she clearly seemed as of she wanted to move ahead in her career. My nosy ass started listening closer to see if I could glean some wisdom from this career-minded independent woman. And then I realized she was a fucking cocktail waitress. And her brilliant idea to make more money was basically stealing. She had realized that if she didn’t ring in all the drinks and just collected the money, she could then pocket that cash as her own. Bitch, please. Does she really think she is the first one to come up with that idea? Waiters have been skimming like that since the dawn of time. I think Benjamin Franklin was pocketing coins the same way when he was waiting tables at Ye Olde Tavern Inn back in 1750 right before he discovered electricity and invented bifocals. She was all proud of herself for discovering stealing. “Girl, I took a hundred dollars last night. If I could do that three times a week that would be like… (ridiculously long pause here as she tried to multiply) …$300 dollars a week!” Yes, honey or $1200 a month. And then two to three years in jail when they bust your ass for theft. She was clearly not the brightest bulb. Every smart thieving waiter knows that taking that much a week is just asking for trouble. Start small. Ten dollars here and ten dollars there. What a fucking amateur.

I don’t steal from my jobs. Not worth it. Sure maybe the occasional cocktail or a lunch that I eat that I don’t pay for, but cash? No way. Never. Well, except for that one summer I worked at a Putt-Putt miniature golf course and pilfered a few bucks a day to pay for my Dairy Queen blizzards and my lunch of chicken sandwich from the Burger King that shared the parking lot with me. But nothing since then. (Sorry, Putt-Putt. I was young and hungry and only making $5.00 an hour.) Word of advice: don’t steal. If you want to make more money, take Sally’s advice and call this number: 1-800-228-3800. And you can watch her commercial here and be on your way to financial freedom.