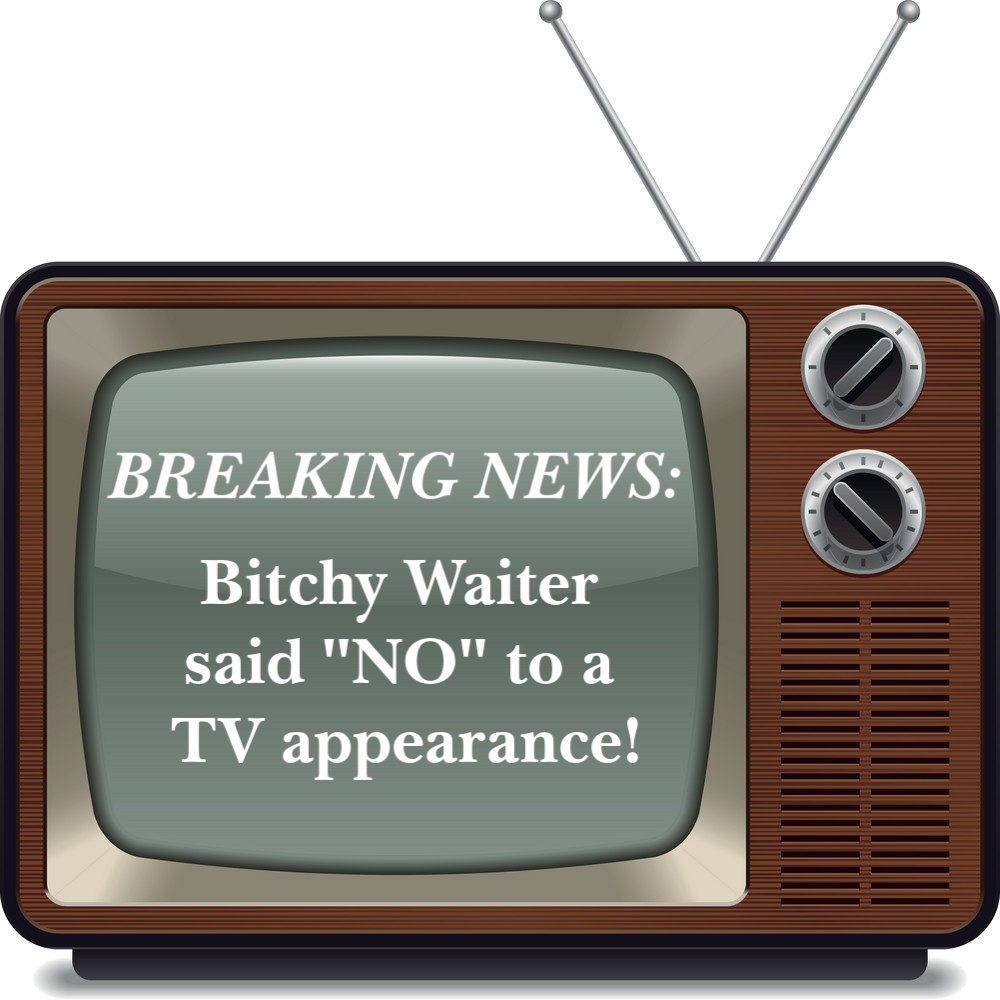 As most of you know, I try to be a voice for the service industry. When I started this blog, I didn’t know what it would turn into, but it seems that I have landed in the position of standing up for the rights of servers and trying to shine a light on us. Last week, I was reached out to by a producer for a nationally syndicated talk show, the name of which shall remain unsaid. Now, you know my attention-starved ass was eager to be on TV and I answered that email quicker than I down a frozen margarita on a hot summer day. (Let’s be honest: or on a cold winter day.)

The topic of the show was “Confessions of Fast Food and Restaurant Employees,” or some other clickbait title like that. In other words, they wanted to know all of the disgusting things that may or may not happen in restaurants, like spitting in or tampering with food, reusing silverware that hasn’t been washed properly, etc. In effect, they wanted a whistleblower to stoke the fires of customer paranoia, as if we need to give the general public another reason to dislike or distrust those of who wear an apron for a living.
I explained to her that if I were to come onto the show to discuss this topic, it would not paint an accurate  picture of the people who read my blog and follow my Facebook page. I told her it wouldn’t make me come across very well either.  All of us in the service industry know a story here and there of something that happened that was less than ideal, but we also know things like that are definitely in the minority. I suggested that we come up with a more positive spin to the topic because, again, you know I’m a big ol’ publicity whore who loves the attention. To her credit, she completely understood my reasoning. I assured her that she would be able to find someone who would be willing to go on television to say whatever they wanted that person to say.
I guess what I’m saying is this: I have morals! I have scruples! I care about servers and would never intentionally say or do anything to harm the reputation of any of us who wait tables. Yes, I would have loved to be on television again. Honestly, it’s fun and it fills my ego. However, the only thing more important than my integrity is all of you who are reading this right now and I chose to not throw any of you (or myself) under the bus. Eventually, you’ll probably see me on television again, but not on this show and not with that topic. Hopefully, another TV appearance will be in my future and it will be one that I am proud to be a part of.