A woman in Florida found a new way to exact revenge on her boyfriend when she used his credit card in the most fortunate way for a particular restaurant server. It seems that Serina Wofle was mightily pissed off at her significant other for not being willing to buy her a plane ticket, so after he removed the hold on his credit cad, she promptly went out to dinner and bought herself a $55.37 dinner and then left a 9030% tip.Yes, she left her server $5000. Initially, Serina was seen as a generous customer helping out a server who was going through a difficult time. It turns out, she was just being a vindictive girlfriend with a grudge. After her boyfriend saw the charge and reported it as fraud, she eventually came clean and was arrested for grand theft. The restaurant had already tipped out the server so now all of us want to know one thing:

Will the server get to keep the money?

I’m assuming Serina will get some jail time and I’m also assuming her boyfriend broke up with her, but we all know that server took that $5000 and hightailed it to the bank to make a real meaningful deposit. I’m also hopeful that the server used some of that money to pay off a bill, get some groceries and buy a round of drinks for the kitchen. But what is the legality of the issue? Does the server have to give the money back? I say no, and here’s why.

First off, the server did nothing wrong or illegal. She had, what she thought, was a generous customer who wanted to do some good. That’s her money now. Why should she have to get in the middle of a lovers spat/grand theft bullshit?

Secondly, if the credit card company wants the money back, that’s on the boyfriend and girlfriend. One of them needs to cough up that money and leave the server out of it. Besides, don’t credit card companies have insurance for exactly this reason? Use the insurance, Mastercard!

Thirdly, if restaurants are going to insist that servers pay for walkouts, then servers should get to reap the benefits when something like this happens. Servers already pay credit card processing fees, get shitty hourly wages, they deal with asshole customers who treat them poorly and they have to to tip out support staff and kitchen crews. Let’s see a server make some cold hard cash for a change.

I will follow this story intensely and let you know as soon as I hear whether or not the server had to return the money.*

What do you guys think? Should the server get to keep the money?

* I’ll probably forget all about this story as soon as I hit the submit button. 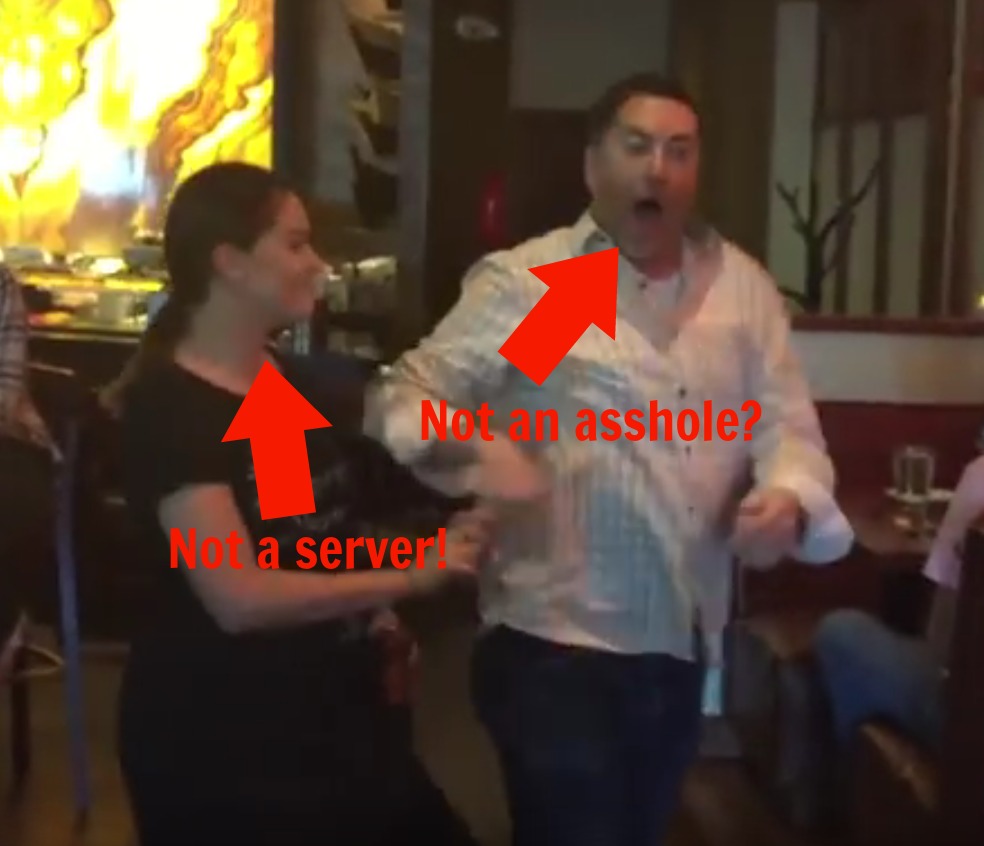