A restaurant in Hawaii has been temporarily shut down so that it can be completely cleaned and sterilized after video surfaced of an employee grilling up a rat on the same grill that’s usually reserved for hamburgers. Yes, someone grilled a fucking rat. Not only was someone stupid enough to do it in the first place, they also thought it was a good idea to video the experience it and post it on social media. Here’s the kid who makes bad decisions: 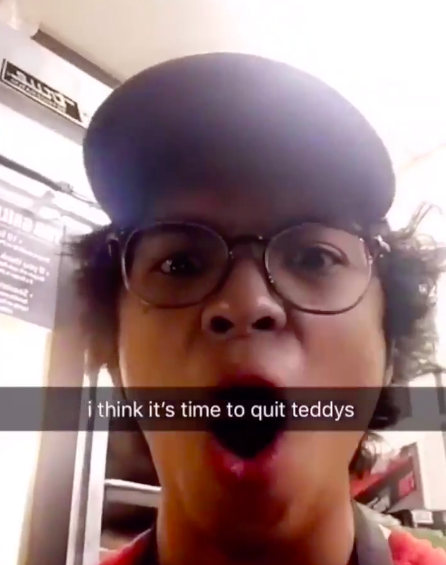 Teddy’s Bigger Burgers on the island of O’ahu is where the scene took place, so if you have any plans to go to Hawaii, you might want to steer clear of that particular restaurant for a while.“We are horrified that a former teenage employee would conduct themselves in that way and make such a video of which we are investigating its authenticity,” said Teddy’s President Richard Stula, in a statement to Hawaii News Now.

Okay now, all together: what the fuck? Who thought this was a good idea? Sure, the employee is just a teenager, but when I was a kid, I would have known it was probably not the best idea to grill a rat at work. My level of stunt queen action was more like loosening the lid on a salt shaker or tapping a stranger on the shoulder and pretending it wasn’t me. Never in a million years would it have occurred to me to find a rodent and cook it.

The kid was fired from this job, but I worry about his next one. What if he ends up working at the Gap and tries to force a rat into a pair of skinny jeans? Or how about he gets a job at Best Buy and forces a rat into buying three years of an extended warranty from the Geek Squad? The humanity! Are the rats of Hawaii ever going to be safe from this monster?

Bottom line: if you work at a restaurant and see a rat DO NOT GRILL IT. Ignore that rat and pray to god it gets caught in one of the dozens of traps distributed throughout the restaurant. Grilling a rat is never going to be the right choice in any situation. Ever.

DO NOT GRILL RATS.

3 thoughts on “Teen Fired After Grilling a Rat at Restaurant”