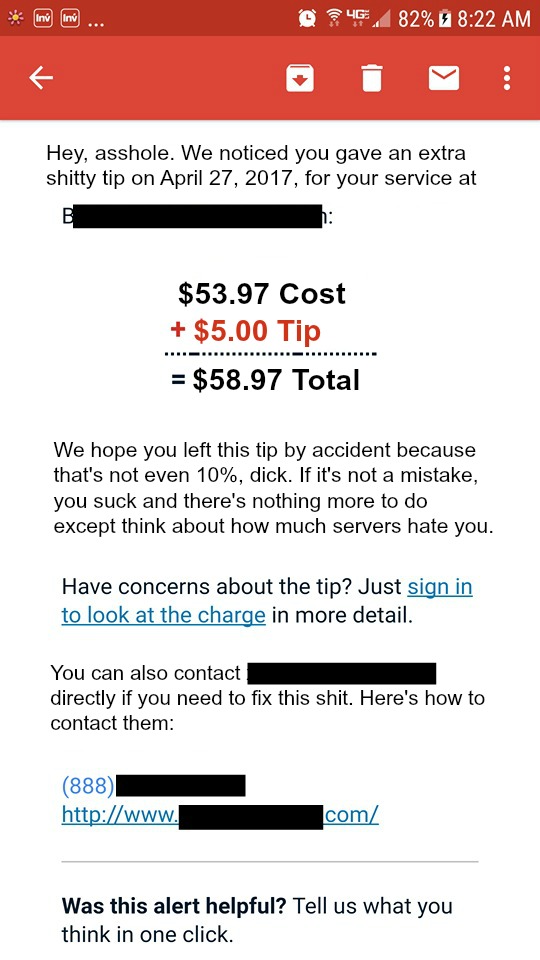 Okay, okay, I fucked up and you guys let me know it. A few days ago, I reached into the bottom of the barrel and wrote a post about a text alert that a bank sent out when a restaurant tip seemed overly generous. I complained that it wasn’t the bank’s business if someone wanted to leave a 37% tip and they should kindly take their text alert and shove it up their safety deposit box. Plenty of people shared stories about unscrupulous servers who might write in their own generous tips after a customer left. Others mentioned how a server could have made a mistake and accidentally entered the wrong amount. The bank was doing what they thought best to protect their client’s money. Most people thought the bank was doing the right thing and most people thought I was more wrong than an order of guacamole that was made mayonnaise.

I was wrong and I can admit that. It’s not easy for me to say this, you know that, right? The bank was just trying to be a good financial institution and I apologize to all banks, for they are truly wonderful and have never and will never do anything except care about their customers. (Just typing that almost made the margaritas I had last night come back up.)

But then, still trying to figure out what I could write about, I had an epiphany. 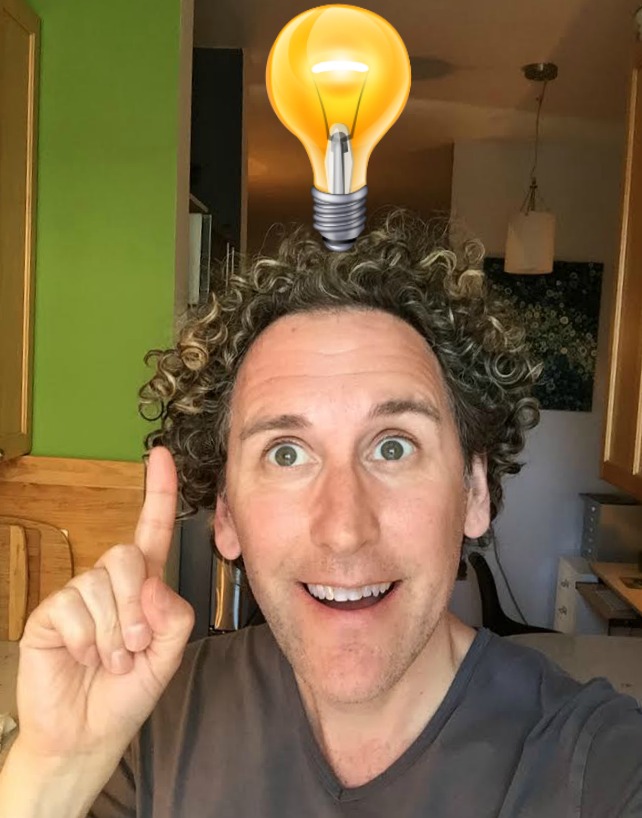 So maybe it was wrong of me to come down on the bank for someone overtipping a server, but how great would it be if they sent an alert for leaving a bad tip? Think about it! Any time someone left a dark, greasy, skidmark of a tip on a credit card, the bank could send a text alert that said:

We hope you left this tip by accident because that’s not even 10%, dick. If it’s not a mistake, you suck and there’s nothing more to do except think about how much servers hate you.

Now this is a text alert from a bank that I can fully support and I bet all of you will as well. Again, sorry I screwed up the last post. I could blame it on the tequila, but tequila is my friend and I would never throw a friend of mine under the bus.

10 thoughts on “I Want Banks to Send THIS Text Alert”