Home
/
Uncategorized
/
Maybe This Was the Wrong Customer to Yell At 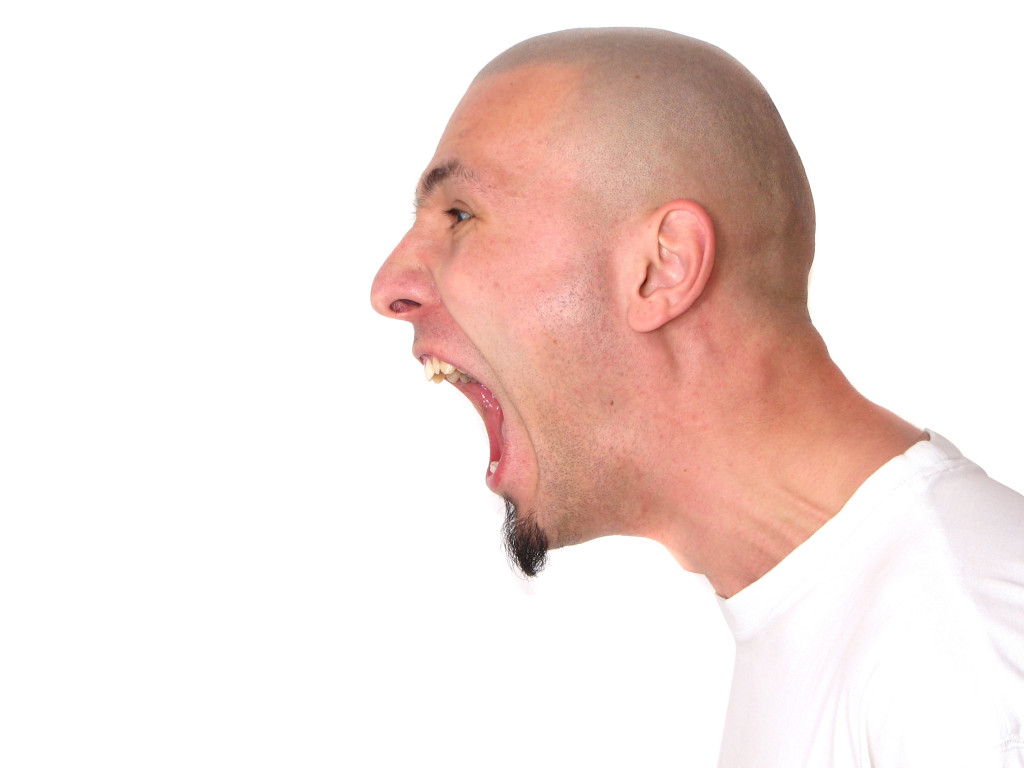 It is 6:15 on New Year’s Eve and I am at work, regretting my schedule and angry that I am not already drinking champagne. The Sauvignon Blanc in the coffee cup is not quite hitting the spot. A man comes in to sit at the bar an immediately orders a Heineken and a side of mashed potatoes. Neither I or the bartender recognize the man who begins chatting us up, asking our names and where we live and other general small talk that happens between a bar customer and a server. Within minutes he orders a second Heineken and the mashed potatoes make it out of the kitchen.

“He drank that beer awful quick,” says Clare. “I can’t tell if he’s just weird or if he’s already a little bit drunk.”

Clare gives him a second beer as he continues being overly friendly and eating the potatoes like they are going to evaporate before he has a chance to push them down into his gut. Clare and I stand at one end of the bar trying to figure out what this man’s deal is. We come to the mutual decision that he is exactly like the character Barney from The Simpsons. His voice and inflection is nearly identical as is the shape of his belly. When he burps loud enough for Booth 9 to hear it, the comparison is solidified. 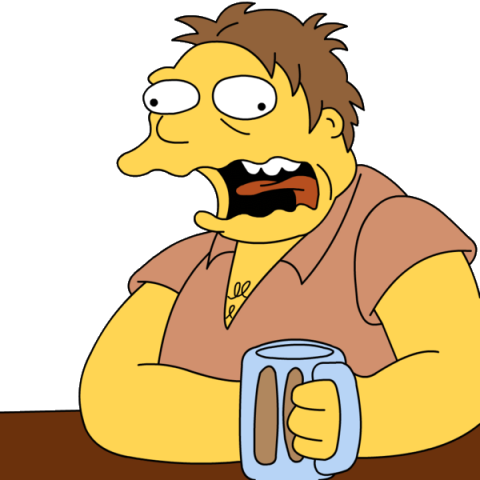 “Clare, can I get another Heineken?” he asks in between burps and potatoes.

She opens another beer and sets it before him and one minute later he asks her for another.

“Hey, buddy, you haven’t even started the one I just gave you yet. Maybe you oughta wait a bit, huh?” she says.

He looks down at the full Heineken and registers surprise that is, in fact, full. Clare has now decided that will be the last beer he gets from her this evening and gives him the check. I go to the back sidestand to check on the status of my wine in the coffee cup and when I return, the man is gone and Clare is standing at the bar holding his check.

“He just left. Told me he didn’t have any money.”

“What? Are you kidding me?”

“He said he didn’t have any money to pay and he walked out.”

I grab the check from her hand and head outside, determined to get this man to pay his check or, at the very least, release my frustration on a man who is attempting to dine and dash. Out the door I rush and I see him about twenty feet away.

“Hey! Hey! Excuse me, sir? Are you you gonna pay your check?”

He stops walking and turns around to look at me. “I don’t have any money,” he tells me.

He shrugs his shoulders. “I was hoping you would feed me.”

“Well, for one thing, it’s not my restaurant to give food away. I’m not the owner. And for another thing, you didn’t even eat! You drank three beers and a side of mashed potatoes. You owe us $20.79.” My voice is getting louder so I can make sure he can hear me over the traffic since we are standing next to the street.

He shrugs his shoulders, not caring that someone else is going to have to pay for his beer and potato fest.

“You are not welcome here again, you know that?” I yell at him. “Don’t ever come here again! And you know what your New Year’s resolution should be for 2016? Don’t go to any restaurants when you don’t have any money in your fucking pocket!”

It feels good to let this asshole know how I feel. After all, he is in the wrong and I am in the right, right? He’s basically stealing and he needs to know that. How many times have I wanted to verbally let loose on a customer and here I am presented with the perfect opportunity. It feels great!

All of a sudden, I see this man for who he is. His shoes are too big for his feet. His pants are too long and the zipper is halfway down. The coat he is wearing is shabby, not nearly warm enough for the temperature. He turns away from me and shuffles down the street and I realize I have just yelled at a man who is probably one step away from being homeless. When he said he didn’t have any money, he meant it: he has no money. He truly was hoping someone would feed him. Maybe him being so chatty with us was his way of attempting to pay for what he ate and drank. He turns the corner, probably unsure of where he is going next and I am now on the street alone.

I’m an asshole. This is how I am ending 2015? Yelling at a man who has nothing? I have let the character of Bitchy Waiter overtake the person I truly am. I go back into the restaurant and Clare asks me what happened.

Our manager voids the check, Clare serves the next person at the bar and I go to the sidestand to try and forget that I just treated someone exactly the way I hate to be treated; complete disregard for another person’s feelings. Happy New Year. 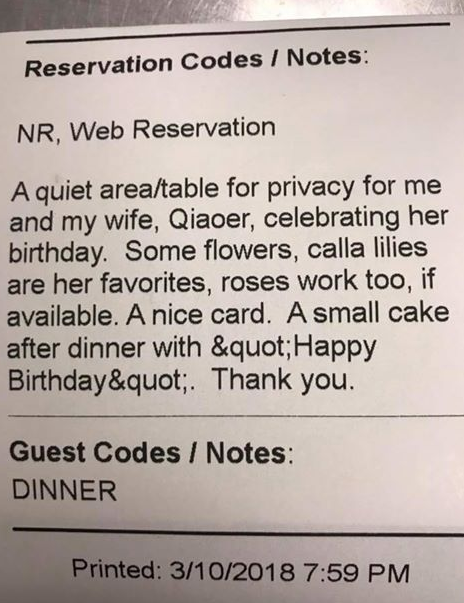