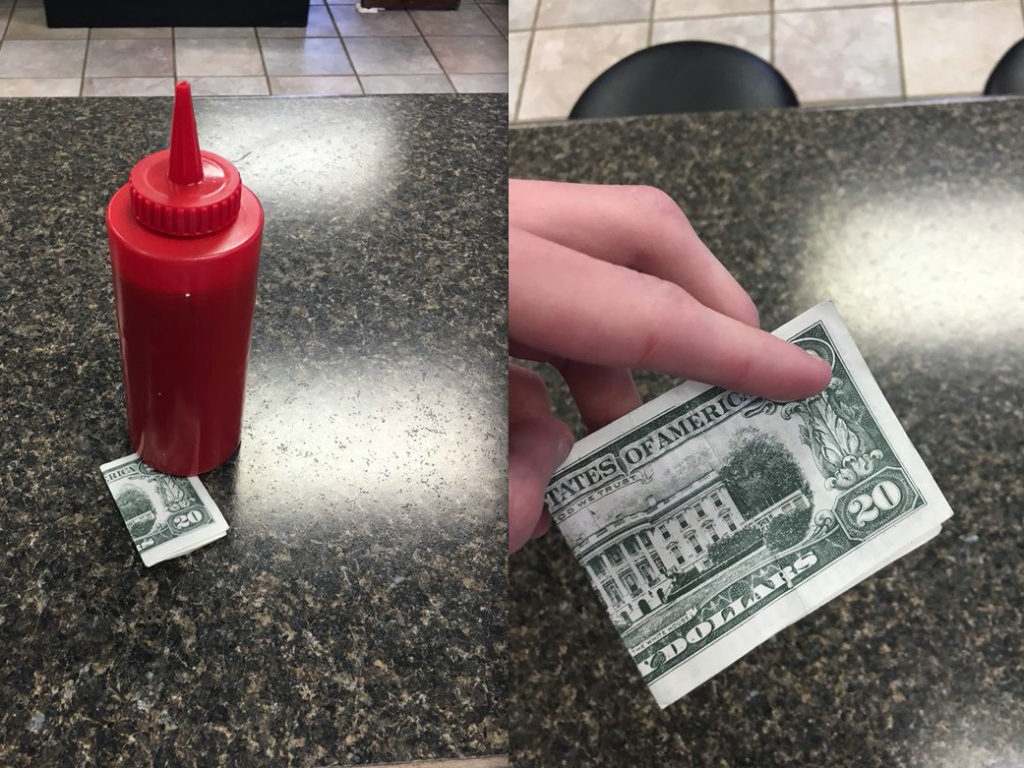 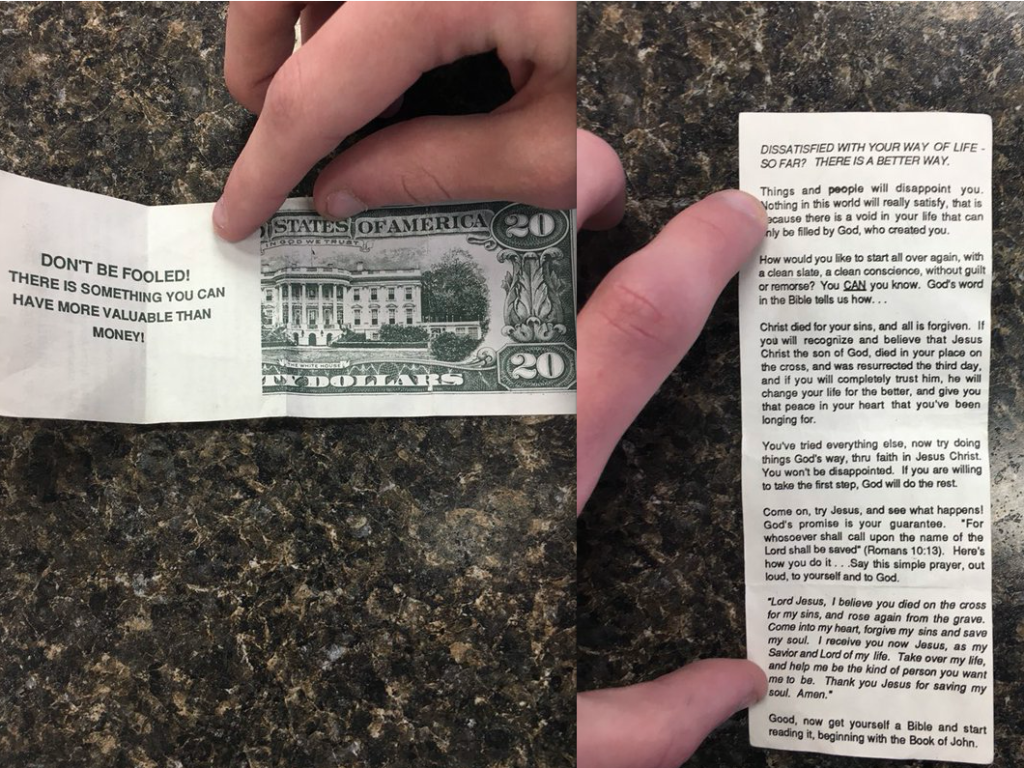 By now, we have all seen the latest Jesus Money/tip that has gone viral. Quickly: A 17-year-old waiter in Wichita, Kansas named Garret Wayman got all excited when he saw what he thought was a $20 bill for his tip, but then he has his dreams crushed when he realized it was one of those shitty Christian pamphlets talking about the glory of Jesus Christ. It’s happened to all of us and it sucks heavenly angel balls. I used to have a pretty good relationship with Jesus back when I was in high school and trying to pray the gay away. (Spoiler alert: that prayer went unanswered.) Anyhoo, I thought I would reach out to Jesus to see how He felt about Christians who use this method to spread His word and He was very eager to speak with me.

Bitchy Waiter: Thanks for taking the time out to speak with me, I know you’re a busy guy.

Jesus Christ: How did you get my number?

BW: You’re not the only one who works in mysterious ways ways, my friend.

BW: So I guess you know that it’s kind of a problem when Christians use that fake money thing to make it look like a tip, right? How do you feel about that?

JC: Oh, man, that royally pisses me off. Look, I don’t appreciate when people do that because all it does is make them look bad and me look worse. No where in the Bible does it say anything about not tipping servers. Was it one of those that said something like “There are things more valuable than money?”

JC: Right, I’m sorry about that. Yeah, there are things that are more valuable than money, like the love of your family and the everlasting joy you get from letting me into your heart, but let’s be honest: you can’t pay your bills with everlasting joy, am I right? The people who leave those notes are cheap and just trying to find any kind of reason to not leave a tip. They don’t leave money in the collection plate either.

BW: Can’t you do something about them? It’s really unfair to servers.

JC: I could smite them up side their head and banish them to hell, would that help?

BW: That would be awesome! Really?

JC: No! I’m Jesus Christ, for crying out loud. I can’t do that, I was kidding.

BW: Well, can you speak with them then?

JC: Maybe. Hopefully, me doing this interview with you will be enough and I won’t have to talk to them all personally. To be honest, once I speak to those types of Christians, they get all weird and want to start telling people I told them them things that I never said. You know what I mean, right?

BW: Got it. So what do you want them to know?

JC: Behold: if you are going to leave a pamphlet about me and my dad for your server, that’s fine, but you have to leave a tip too. Otherwise, you’re an asshole. There, I said it.

BW: Thanks so much, Jesus. It’s been a while since we’ve talked and it’s good to catch up.

JC: Nice to hear from you too. By the way, are you still gay?

JC: No, I don’t. That’s how my dad made you and I totally don’t care who you love. Me hating gay people is just another one of those things that people are always saying that I never said. Jeez, some Christians are just awful.

And there you have it, folks. Straight from the Jesus’ mouth.