Home
/
Uncategorized
/
ATTN Women: Your Waitress Is Not Trying To Steal Your Boyfriend 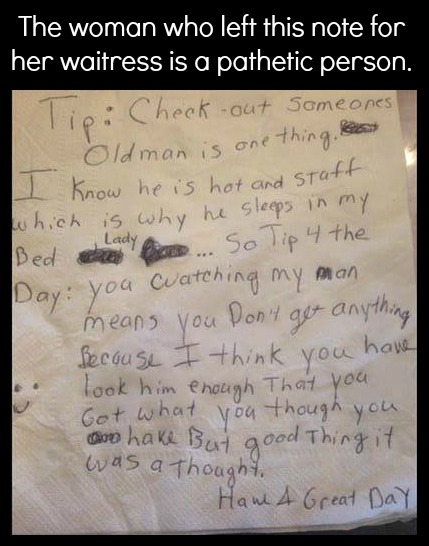 Very often, I hear stories from waitresses who were stiffed because a woman at the table thought that the waitress was trying to make the moves on the man at the table. Every one of these instances is accompanied with the waitress’s side of the story which invariably goes something like this: I was not trying to hit on her man. Recently, I was sent a photo of a note that was left at the table when some sad, insecure woman thought that the waitress had eyes for something other than a 20% tip. Take off your thinking caps, because in order to comprehend what was chicken-scratched onto a bev nap, you have to be all kinds of stupid:

Tip: Check-out someomes Oldman is one thing. I know he is hot and stuff which is why he sleeps in my Bed Lady… So Tip 4 the Day: you watching my man means you Don’t get anything Because I think you have look enough That you Got what you though you have But good thing it was a thought. Have A Great Day.

There is so much to question in this note. For instance, why does she capitalize certain words for no apparent reason? It makes it very difficult to understand what she is trying to convey. And where is her punctuation?

In the first sentence when she is referring to Oldman, at first I thought she meant her “old man” which is always such a charming way to refer to your husband or boyfriend. (The same goes for men who call their wives their “old lady.” Keep doing that, men. I’m sure the women in your lives just love it.) However, perhaps she is referring to Oldman, as in the actor Gary Oldman. He is a relatively handsome man and some may consider him to be “hot and stuff.” Since I was not there, I can’t be sure. What I can be sure of is that whether it’s her “old man” or “Gary Oldman,” the gentleman has the pleasure of sleeping in her Bed Lady. No, I don’t know what a Bed Lady is and maybe the author of the note meant to place a comma between those two words, but I would rather think she has some object in her home called a Bed Lady and on this Bed Lady is where Gary Oldman sleeps.

As the note continues, it makes less and less sense, the only clear thought being that she has no plans on leaving a tip for her waitress. Why is this? Is it because she feels threatened by some other female in her surroundings who had the nerve to cast a gaze upon the man she considers her property? Is it because she has so little self-confidence in herself and so much distrust in her boyfriend that the mere act of another woman asking him how he would like his burger cooked is enough to send her spiraling down a path of jealousy and envy? Is it because she is too cheap to ever leave a tip and in each dining situation she has to search out a reason to justify why she will not be leaving one? Perhaps it is a combination of all these things.

Let me say this to all the women of the world who think their waitresses are out to get their men: your waitress does not give a shit about him. All she is doing is her job and and if she happens to make eye contact with someone who has the potential to decide what her income will be, that’s all it is. Unless she is grinding up against him, flashing her tits at him or reaching into his pants, she is probably not trying to steal your man. She is trying to be friendly enough to warrant a 15-20% tip so that she can go home with money in her apron that she can use to pay her rent, have electricity and buy some goddamn groceries. If you think your husband or boyfriend is going to stray just because a waitress is friendly to him, the problem is not with the waitress. It’s with him. Instead of stiffing your waitress because you are so insecure, maybe you should have a serious discussion with your Oldman and leave the waitresses out of it.

Bottom line: it’s her job to be nice and unless your Oldman is Chris Pratt, you’re wrong. 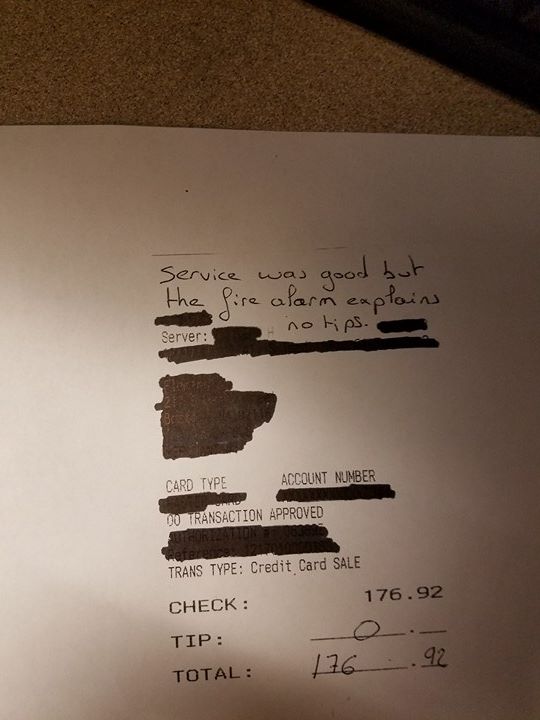 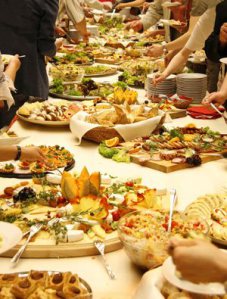 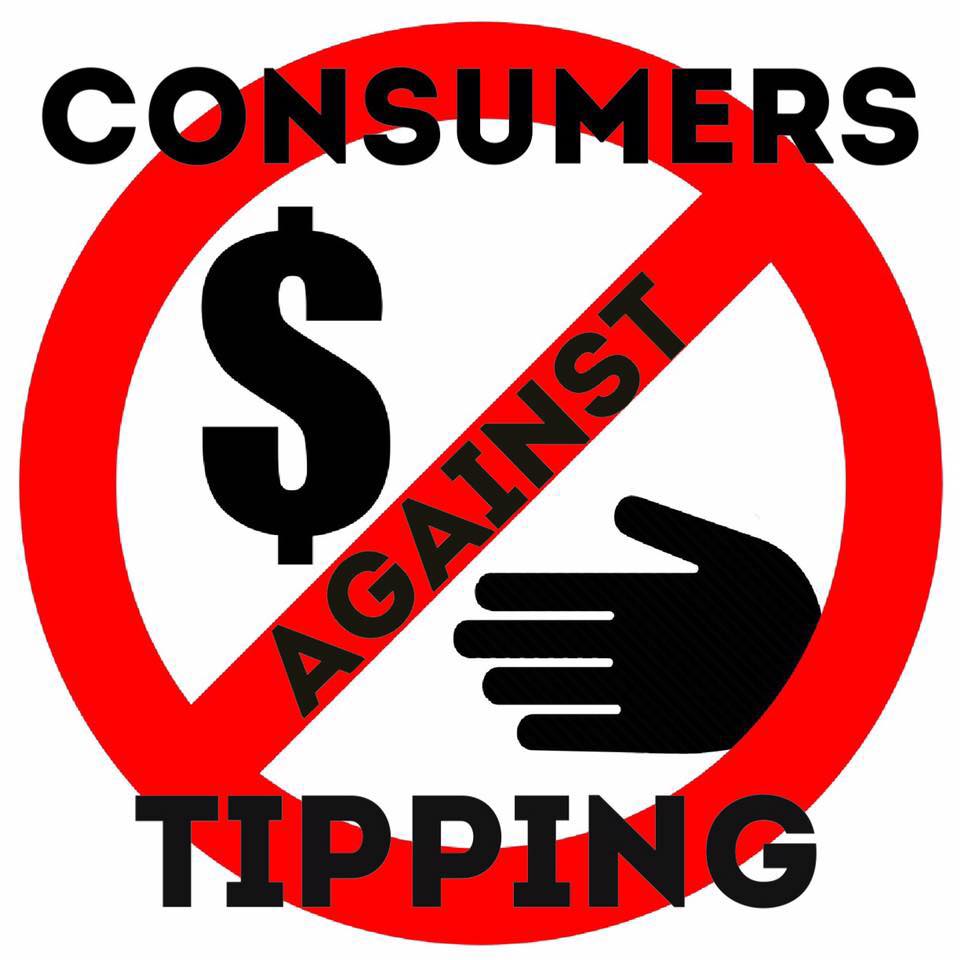